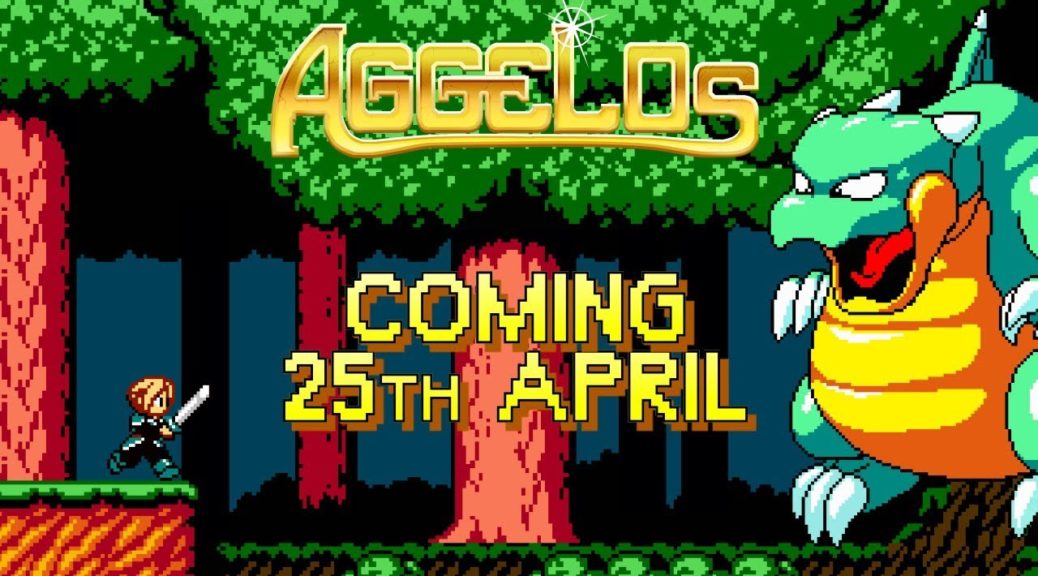 PQube has announced the release date of Metroidvania Aggelos for Nintendo Switch.

The game will be available April 25, 2019 via Nintendo eShop in the west.

PQube, LookAtMyGame and developers Storybird Games and Wonderboy Bobi are excited to announce the release date of Aggelos with a coin-filled new trailer! This dream-come-true for Metroidvania fans will be out on April 25th for Nintendo Switch, PlayStation 4, Xbox One and is already available on Steam.

Aggelos will fulfil all of your 2D platformer wishes: dynamic movement, challenging fights with creative enemy attack patterns and a satisfying learning curve, a classic but heartfelt story in a vast, non-linear kingdom – all in beautifully retro sprite art and with a cool chiptune soundtrack!