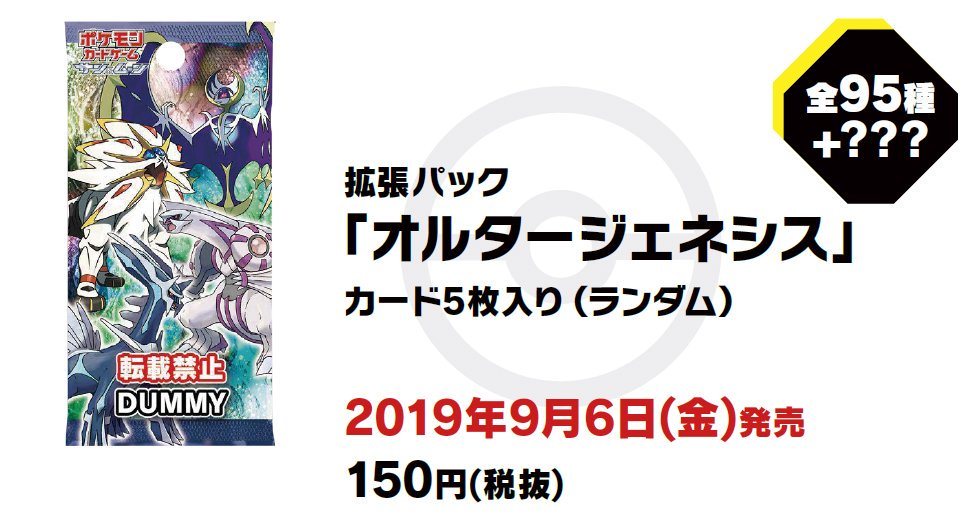 The Pokemon Company has revealed two brand new Pokemon TCG sets that will be hitting Japan later this year.

The first set is Alter Genesis, which was hinted at in a trademark earlier this year. It is the 12th expansion of the Pokemon Sun & Moon trading card series, and will contain 95 cards including Solgaleo, Lunala, Dialga, and Palkia. The release date for Alter Genesis is scheduled for September 9th in Japan.

The second set is High Class Pack 2019, which comprises 173 cards in total and includes special shiny energy cards. Each pack in this set will also contain a total of 11 cards, more than the usual 5 cards per pack, and will include a Pokémon-GX card. The High Class Pack 2019 set will release on October 4th in Japan. 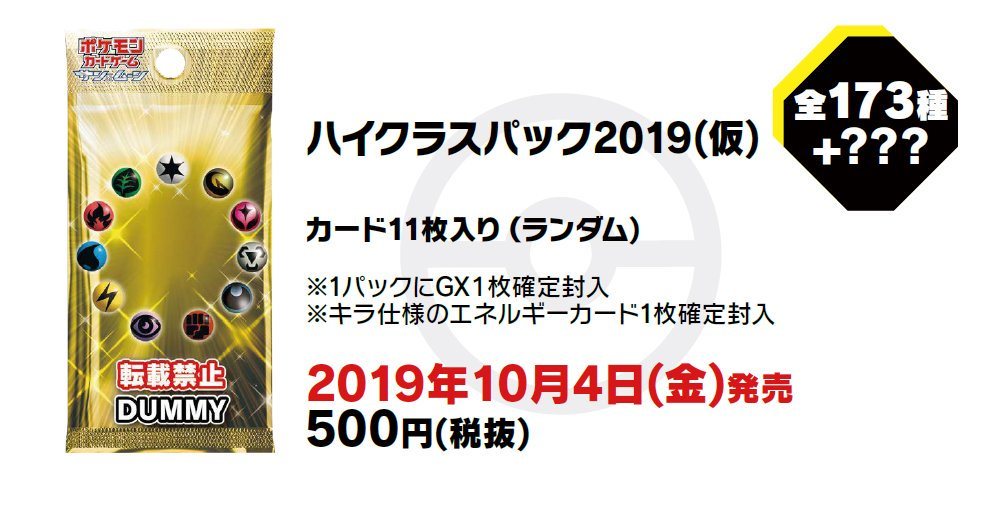 It is currently unknown whether these sets will be making their way to the West. We will bring more information as it comes.