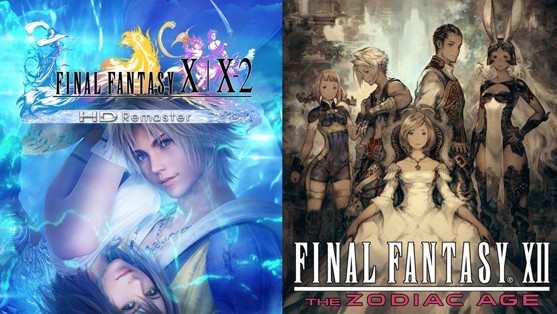 Virtuos is a Singaporean studio that has a collection of ported games on the Switch already and will soon be bringing Final Fantasy X | X-2 HD Remaster and Final Fantasy XII: The Zodiac Age to the Switch.

Their current ports for the Switch include L.A. Noire, Dark Souls and Starlink – third-party games that have enhanced the library of Nintendo’s newest system.

Here are some responses from the interview.

We’re talking about two very different consoles here; how hard has it been to scale the games for release on the Switch, given its unique portable nature?

I would say it was quite technically challenging because to make Final Fantasy work on Switch, we needed to convert it to 64GB. So, the Switch version needed to be shrunk without impacting the performance. As this requires a fair amount of skill, we have a small team specifically to target these parts of the remaster.

Did you have to tweak any element of the games in the process of porting them to new systems? Likewise, were there any ways in which you feel you improved the experience?

For such a great franchise, the main goal is to bring the exact same experience as the original version to the player. So, we haven’t touched the core content of these games in order to keep the same flavour as before.

However, some obvious legacy issues have been fixed during porting, including some UI logic and translation glitches. We’ve taken the “quick recovery” feature from PS Vita to Switch in order to take advantage of its touch screen. Finally, we’ve also integrated the “key mapping” system into both Xbox One and Switch versions in order to give more control flexibility to players around the globe. This is the first time we brought it to consoles (PS4/PSV don’t have it, only PC has such functionality).

We believe these features and fixes can actually give a better experience to players than the previous remaster versions.

Not so long ago, the concept of a remaster was pretty unusual, but we’ve seen a sharp rise in this kind of project in recent years. Do you think this will continue, and if so, does that make a studio like Virtuos even more valuable to publishers?

We’re big fans of remasters and older games so it’s very exciting to see that IP owners want to bring them back, bigger and better, onto more powerful consoles. We think remasters will continue to be very popular in part from older generations playing the very same games when they were kids, with their own kids.

We’ve found though that it’s not just remasters where studios are looking for support from companies like us. We’re working more in co-development of titles, and are increasingly designing entire levels for new games as we help studios to expand the scope of their games.

For the full interview, follow the link below to Nintendo Life.