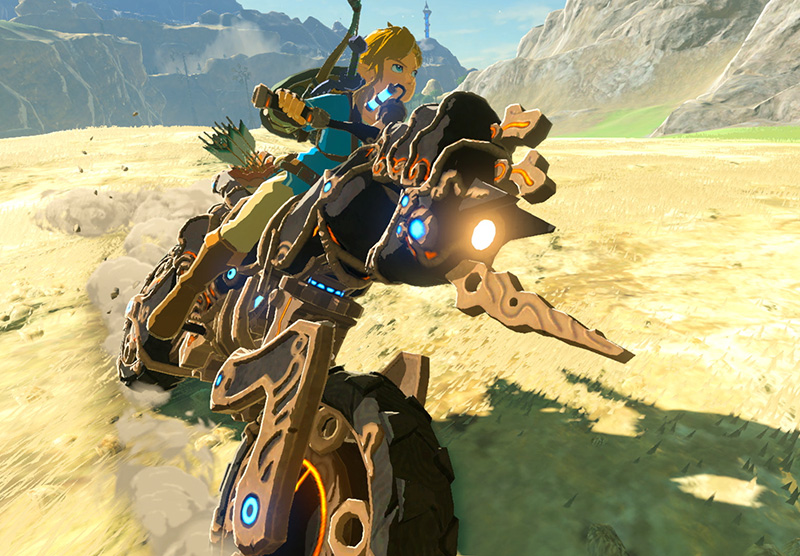 There is very little dispute that the Legend of Zelda: Breath of the Wild is deserving of every bit of its Game of the Year award at the Game Awards 2017.

In a blog post by the producer of The Legend of Zelda series, Eiji Aonuma, took the chance to thank the fans for their support. The team took great pleasure in seeing the enjoyment that fans all around the world had while playing the game.

Aonuma also took the chance to talk about the game’s DLC Pack 2, which was dropped yesterday with very little warning. More specifically, he was talking about Link’s Master Cycle Zero.

Aonuma said that after looking at the four champions and their divine beast companion, they wanted to Link a companion that he can call his own (especially since Link is a champion as well). With a bit of caution and creative manipulation, the Master Cycle Zero bike was brought into the Breath of the Wild world without making it feel out of place.

The Master Cycle Zero is not just any slouchy horse. Though it requires fuel that you can synthesize through cooking, it is capable of high suspension jumps, sharp turns even at high speed, as well as, hill climbing. Far more agile than any other horse in the game.

If you are well acquainted with the Japanese language, you can read the blog post here.