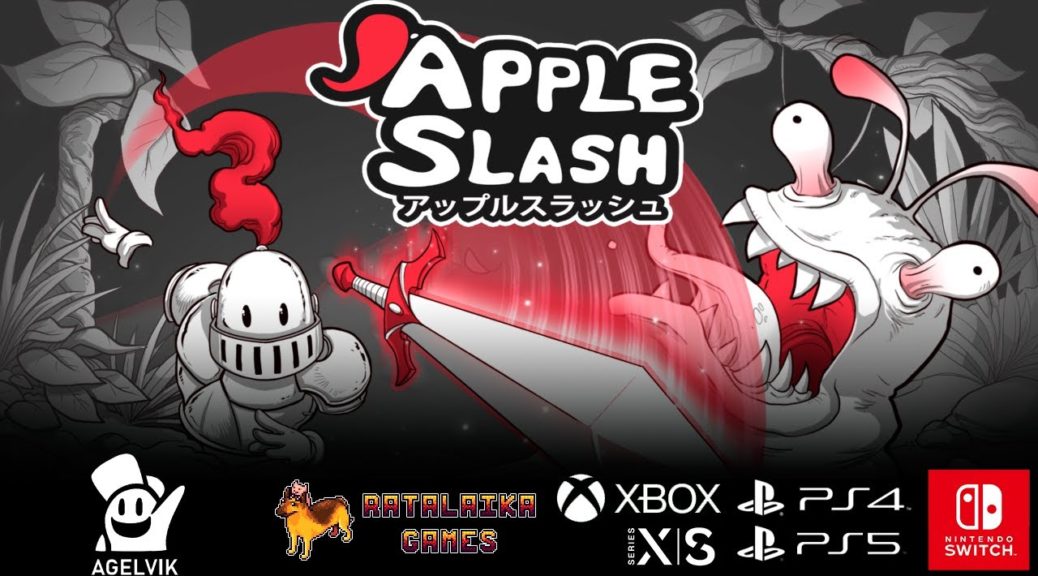 Ratalaika Games and Agelvik have announced the release date for Apple Slash on Switch.

Apple Slash is a minimalistic action game where players take control of the Apple Knight, using “God-like” slashing abilities to smite evil in a dark swamp. It is scheduled to launch on July 30th for Switch.

Check out the trailer below, along with additional details via Ratalaika Games:

Repel an invasion of mysterious, charming creatures in a vast murky marshland. Strike your foes in a God-like slash-based manner and experience ambiguous encounters brimming with personality.

In Apple Slash, you play as the mighty apple knight wielding his powerful slashing sword, where you embark on a quest full of creatively designed combat.

As you explore, you’ll find and combine various skills scattered around in the swamp with your aim to deal powerful attacks.