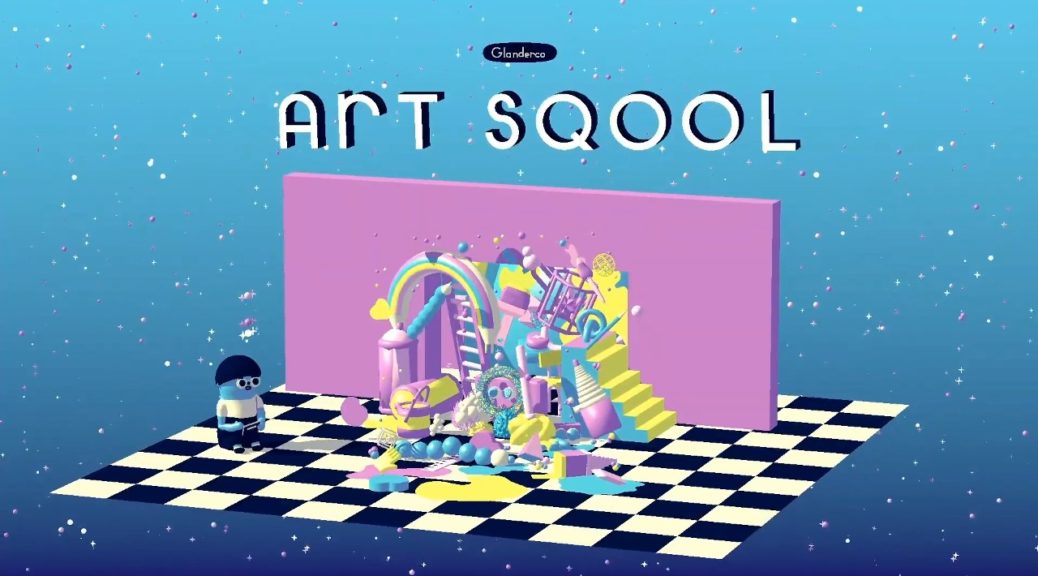 RedDeer Games has confirmed the release date for ART SQOOL on Switch.

The quirky art school simulator is set to release on November 19th for Switch. Pre-orders for the title are now open, and come with a 30% discount.

Check out the full press details below:

For all artists who can’t wait for the most awesome school to open on Nintendo Switch, we have great news. It’s on November 19th! The game made by Julian Glander is going to be published by RedDeerGames.
Furthermore, from November 5th you will be able to make a preorder—and catch the game with 30% off. At least that’s what the coolest blob in the world, Froshmin, says.

But what is Art Sqool?

It’s a fun, weird game that stimulates creativity. As a new student, Froshmin, you’re hanging around the campus and drawing absolutely brilliant works that are judged by a perfectly objective and flawless AI professor.

Have you ever had the syndrome of the terrifying white abyss of a blank page? Just grab the console and the world’s smartest teacher will give you a lot of prompts that will help you to overcome your creative block. Unusual surroundings, brushes, and color palette not from this world will awaken the power of creativity in every blob.

What if I can’t draw?

You don’t have to! Art Sqool has been made in such a way that even Leonardo da Vinci would have scribbled in it. So get rid of the baggage of the cruel perfectionist and let the creation be pure fun.

Go around the whole campus

Look into all corners and collect all colors and tools. Do you prefer to draw with a wiggle brush or rainbow pencil? Or maybe with a mop? One thing is for sure—you will love how Art Sqool uses the touch screen, whether you paint on it with your finger or stylus.

Have a good time with your creativity

Relax and draw all the things you have never know you wanted to draw. On November 19th Froshmin will be waiting for you in Art Sqool.

Who is Julian Glander?

The game is made by Julian Glander, a 3D artist based in Brooklyn. His illustration and animation clients include Adult Swim, WIRED, and the New York Times. His short film Bloop’s Birthday premiered at SXSW. His comic series, Susan Something, was selected for the 2018 Best American Comics anthology.