Artist Depicts Joker Counting Down Until He Comes to Smash | NintendoSoup 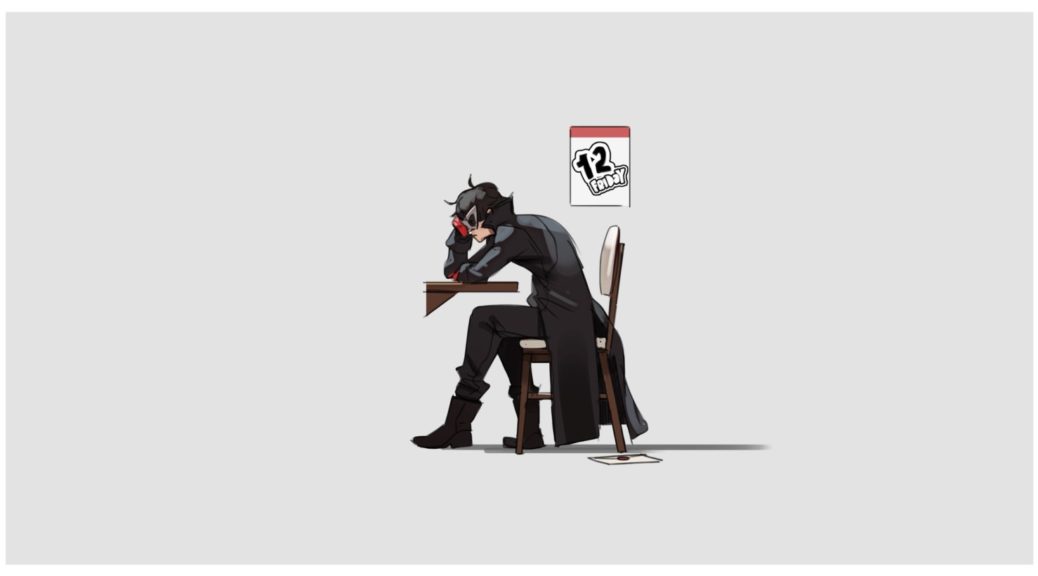 He wants to steal the show already.

NinN is an artist on Twitter who has producing some great pieces of Joker from Persona 5 sitting at his desk or on the floor as the days roll by.

Why does he look bored? If one were to take a guess, he’s been waiting to join Super Smash Bros. Ultimate since his announcement at the Game Awards last year.

NinN has even included an image of Joker looking at his phone which has a green screen for fans to fill in as they see fit.

Given that we don’t know Joker’s release date, this could go on for some time.

What do you think about these pics? Let us know in the comments.