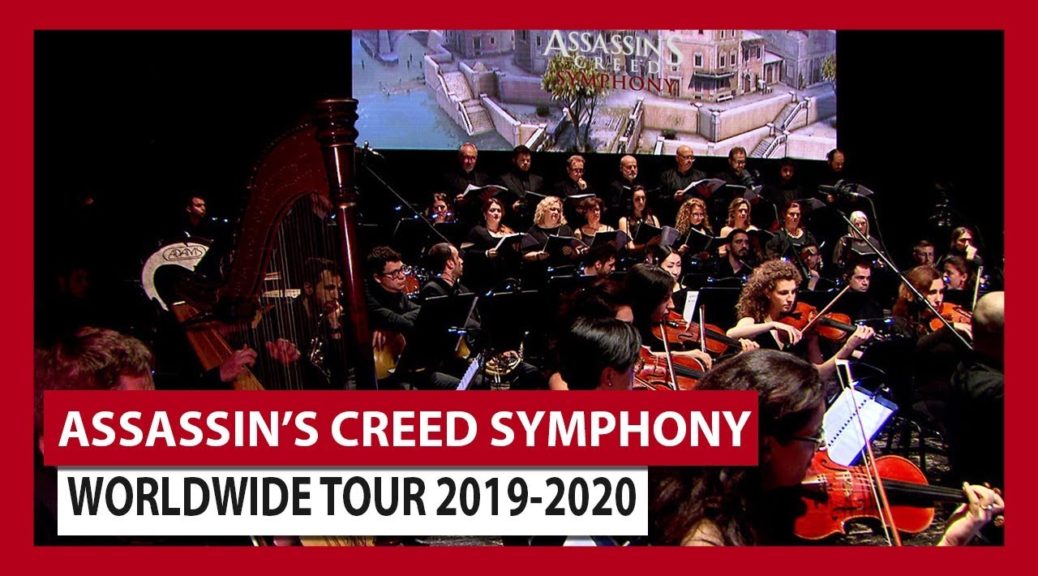 Ubisoft have officially revealed the full tracklist for their upcoming Assassin’s Creed symphony concert which will be taking place on October 5th in the UK!

Check out a description of the concert below:

Ubisoft has revealed the full Assassin’s Creed ® Symphony tracklist to be played during the World Tour.

Assassin’s Creed Symphony is a multimedia concert that combines cutting edge technology, special effects and HD footage on giant screens from over a decade of Assassin’s Creed games. This concert features a live 80-piece orchestra and choir, and will be in London on October 5th at the Eventim Apollo. The concert will feature more than 60 iconic tracks from composers such as Jesper Kyd, Lorne Balfe, Brian Tyler, Austin Wintory, Sarah Schachner, Winifred Phillips, Elitsa Alexandrova, Chris Tilton, Ryan Amon and The Flight.

Spanning more than ten years and ten video game installments, Assassin’s Creed has become one of the most well-known names in the video game industry. The series tells the grand story of the eternal conflict between the Assassin Brotherhood and the Templar Order. Witness their millennia long war that spans across all of the Assassin’s Creed games in an innovative and breathtaking retelling where a surprise awaits you…

Check out the tracklist here