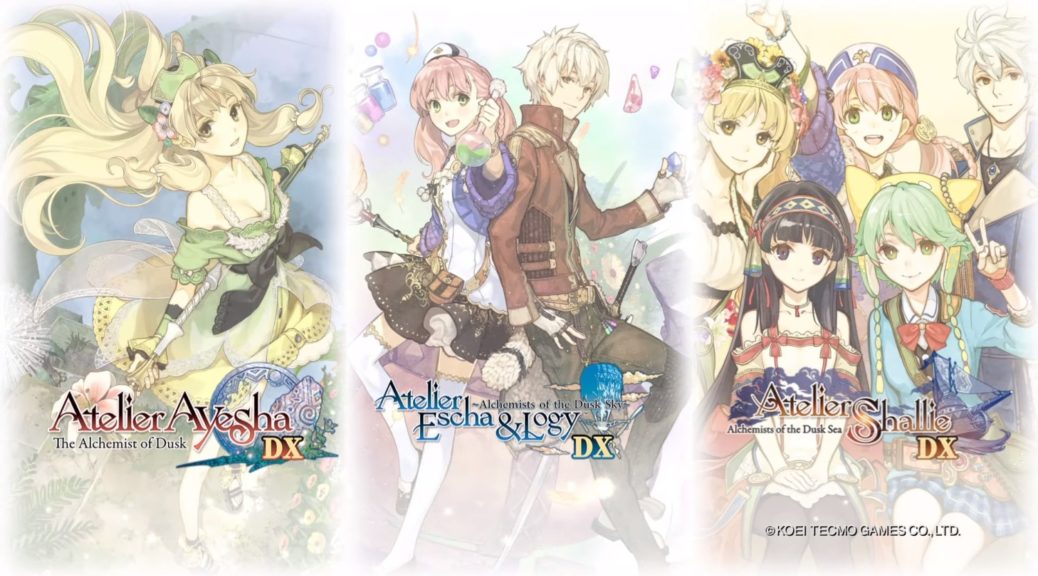 Atelier fans are in for another injection of nostalgia on Nintendo Switch!

Koei Tecmo has revealed Atelier Dusk Trilogy Deluxe Pack for Nintendo Switch and other platforms. The collection will bundle together ① Atelier Ayesha: The Alchemist of Dusk DX, ② Atelier Escha & Logy: Alchemists of the Dusk Sky DX, and ③ Atelier Shallie: Alchemists of the Dusk Sea DX, along with all DLC and contents from previous ‘Plus’ editions of the games.

Koei Tecmo did not mention if there would be any physical release for these games in the west. Nevertheless, the company has promised more information on 26 September 2019.

While we await those future details, check out the teaser trailer for North America below.