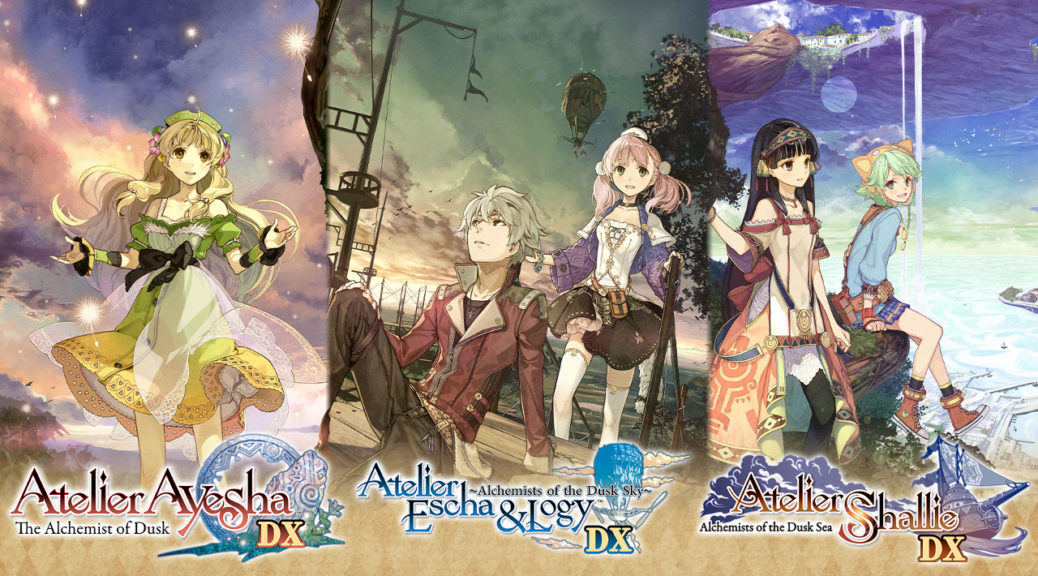 Earlier today, we got confirmation that the Atelier Dusk Trilogy Deluxe Pack for Switch would be hitting Japan in December 2019. Thankfully, it looks like western fans won’t have to wait that much longer to enjoy the series as well!

The trilogy’s website now lists an official western release date of 14 January 2020. As at the time of reporting, however, Koei Tecmo has not confirmed whether this release will have a physical option or stay digital-only.

Like the Arland Trilogy, the Dusk Trilogy should be available either as one bundle or as three separate releases for Atelier Ayesha DX, Atelier Escha & Logy DX, and Atelier Shallie DX. We’ll report back as we hear more about these games’ western releases.

[UPDATE] Koei Tecmo has also released many high-quality screenshots of the three games in HD. Check them out below!