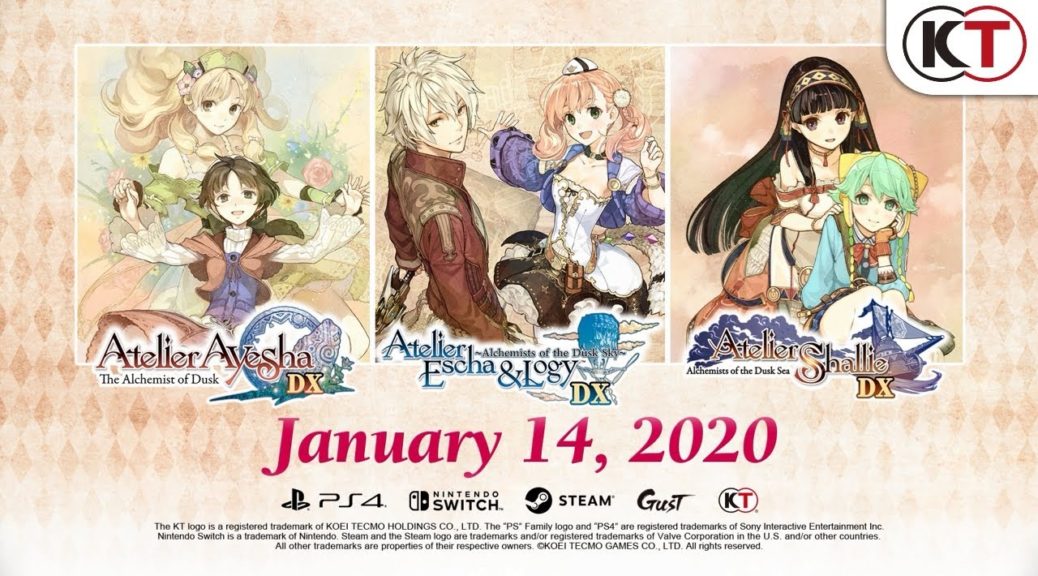 According to the press release, the only way to get the games part of this pack is by purchasing them through the Nintendo eShop. This confirms that the west isn’t getting a physical release. However, it’s still possible to pre-order the English physical edition that is exclusive to Asia.

Today, KOEI TECMO America and developer GUST Studios released a wealth of new information – including the first pre-order details – for their upcoming Atelier Dusk Trilogy, available January 14, 2020 for the Nintendo Switch™, the PlayStation®4 computer entertainment system, and Windows PC via Steam®. The fan-favorite trilogy includes Atelier Ayesha: The Alchemist of Dusk DX, Atelier Escha & Logy: Alchemists of the Dusk Sky DX, and Atelier Shallie: Alchemists of the Dusk Sea DX, and these titles will be sold individually, or bundled together as a special Deluxe Pack containing all three games for a discounted price.
Alchemists eager to begin their adventures in the land of Dusk – or re-visit the magical world once again – will be able to digitally pre-order the collection this month, either individually or as the all-inclusive Deluxe Pack. PlayStation 4 gamers will be able to pre-order any of the titles beginning today, while the Nintendo Switch pre-orders will begin on December 24, 2019. In addition, gamers who pre-order the titles across either the PlayStation 4 or Nintendo Switch will receive a special 10% discount.
The Atelier Dusk Trilogy contains all previously released DLC for each of the original titles within the package, including fresh scenarios, more party members, additional costumes, and extra accessories. The games also take advantage of the improved system hardware to deliver high-resolution graphics and new quality of life gameplay improvements, such as the ability to fast-forward battles and run faster in the overworld, giving players the ability to experience the land of Dusk in the most complete package to date.