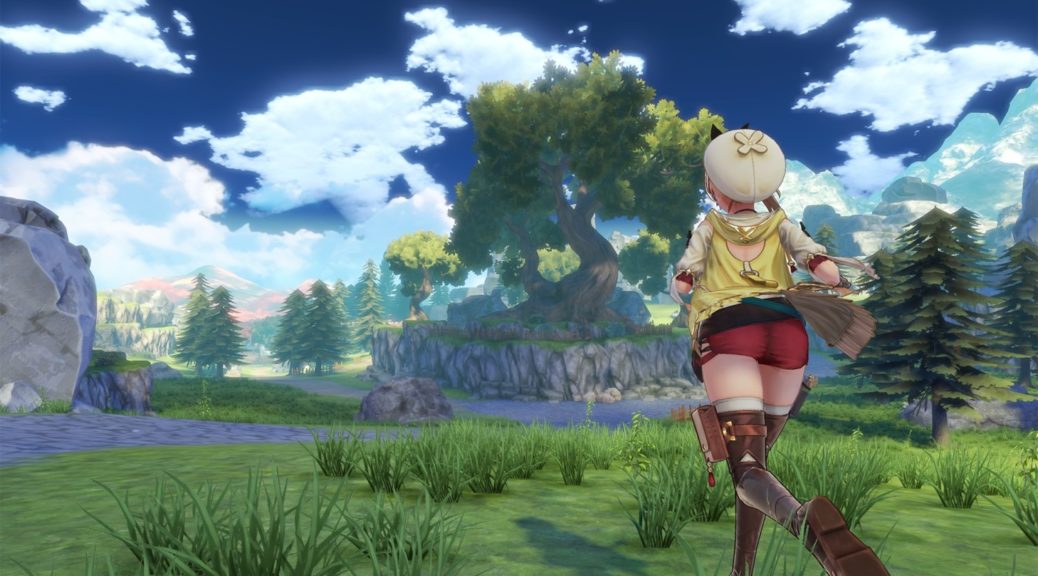 Koei Tecmo America and Gust Studios have shared more information about the new characters as well as the Gathering Point Synthesis system for Atelier Ryza: Ever Darkness & the Secret Hideout.

The newly introduced characters are Empel Vollmer, Bos Brunnen, Lumbar Dorun, and Moritz Brunnen. Unique to Atelier Ryza, a brand new system called the “Gathering Point Synthesis” has also been introduced. With this system in place, players can create a field on which materials can be gathered by synthesis.

Here is the box art for the Japanese Premium Box edition of the game, illustrated by Toridamono: “This island is practically a bug chunk of ruins. There’s plenty to research.”

A wandering alchemist, with a wounded body and heart. A wandering alchemist who visits Razenboden one day. He has an extraordinarily investigative mind when it comes to the ruins and rents out a residence in the village in order to investigate them every day.

Contrary to his young appearance, he is mysteriously imposing, and his conduct is very adult-like. Due to a past incident, he is no longer able to use high-level alchemy. “You’re quite the rebel, even after you got kicked around.”

The son from an influential family, always quarreling with Ryza.

The only son of the influential Brunnen family, which owns Razenboden Village’s water source. He has a group of followers and picks a fight with Ryza and friends at every opportunity to try and show off his own strength and superiority.

He is arrogant and prideful, and strong in his own way, but his specialty is actually brain work. “You just had to embarrass yourself by leaving the island.”

A cowardly follower to the arrogant Bos.

A loyal henchman who is always following Bos. An arrogant coward, he sticks by Bos and makes fun of Ryza and friends.

The only genuine thing about him seems to be his loyalty to Bos. “If you have anything you’re wondering or having trouble about, Moritz is at your service, muahuahua!”

An influential man who owns the village’s water source.

Bos’ father and an influential man who owns Razenboden Village’s water source. He carefully raised Bos as his successor and spoils him most of the time.

He also works as the village manager and as a merchant, so there is no question to his skill. However, due to his overbearing and high-handed attitude, his reputation is not necessarily great. ■ Become a Master Gatherer By Using a Variety of Tools

When Ryza and the gang are adventuring in the field, there are some places you can
investigate to gather items. In Atelier Ryza, a variety of tools are available such as staffs, axes and scythes. By using different tools in the same places, you can gather different materials.

Since there was a lot of luck involved with gathering in previous games,
the system has been tweaked so you can “get the materials you are aiming for”
by using different tools on the same gathering spot.

For example, if you want to gather from a tree, “hitting it with a staff” will
drop you some fruit, though “cutting it with an axe” will give you timber.
Using the variety of tools adds to the fun of gathering.

—By using the staff, you can get abura fruits and uni. —By using the axe, you can get strong logs and eicheloa. —By using the sickle, you can get palma bark or burned-down palma bark. “Gathering Point Synthesis” is a new creation system in Atelier Ryza. Somehow, you can create a field on which you can gather materials by synthesis. ■ Scenery That Weaves Light and Darkness

Ryza looks up at a tower that towers over its surroundings. A light shines from the topmost floor, and a star-like glow can be seen on the trees that twine around the tower. Beneath a starry sky, an adventure that she surely will not forget awaits. A rocky area dotted with ruins, and where the mysterious tower can be seen in the back. A road drizzling with rain, where sunlight shines through in the distance. And a plaza filled with people living out their daily lives. Circumnavigate this world together with Ryza and friends.