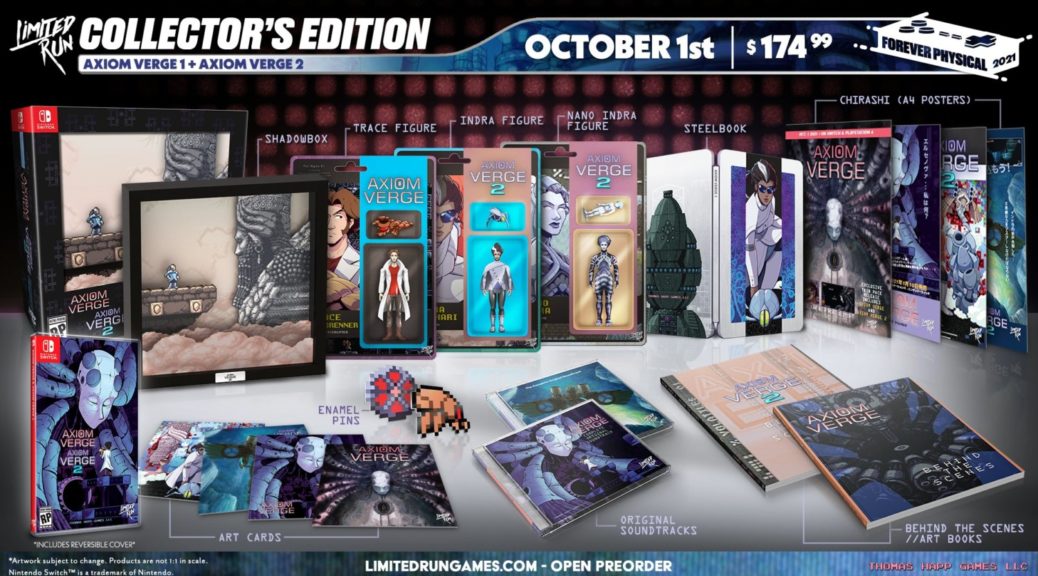 Earlier this year, Limited Run Games revealed that it would be publishing an exclusive physical release for Axiom Verge 1 + 2. Well, it looks like hardcore fans of the series will be able to get a massive holy grail for their shelf as well!

The company revealed that the upcoming release (with both games on one cartridge) will also be getting a huge Collector’s Edition bundle. As you can see above, the $174.99 USD Collector’s Edition will include extras such as a shadowbox, SteelBook, Figures, A4 posters, Artbooks, Soundtrack CDs, and Art Cards.

This edition of the two-in-one title will be going up for pre-order on Limited Run Games’ website starting from 1 October 2021.