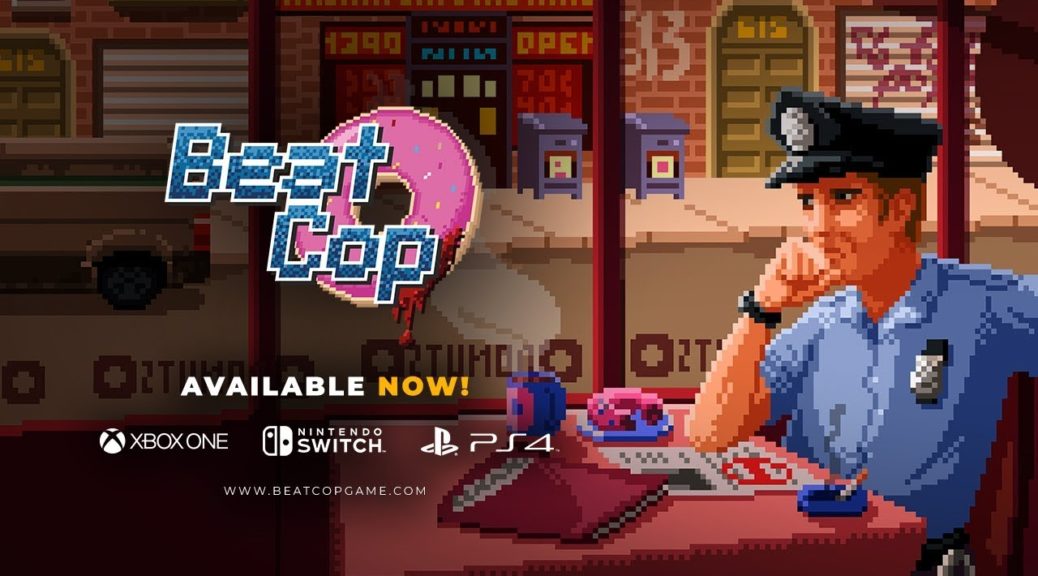 11 bit studios has put out a launch trailer for Beat Cop: Console Edition for Nintendo Switch.

The detective game is now available on the Nintendo eShop in North America and Europe for USD/EUR 14.99.

11 bit studios is happy to announce that their 80’s cop show inspired indie hit, Beat Cop is available now on Nintendo Switch, PlayStation 4, and Xbox One. For the average price of a dozen donuts ($14.99 / €14.99), you can fill the shoes of disgraced detective Jack Kelly on his road to redemption after being framed for murder.

Patrolling the gritty streets of 1980’s Brooklyn is no cake walk, and when you’re a police officer who has been implicated for a murder you didn’t commit, it’s even harder. Jack Kelly’s on a mission to clear his name in this pixel perfect homage to the cop shows of days gone by, and he can’t do it without your help.

Solve puzzling problems on the roughest of streets, help the local community, deal with dangerous mobsters and gangsters, be the good cop or take the odd bribe on the side, and finally, solve the mystery of a murder you’ve been framed for.

Originally developed for PC by the indie team at Pixel Crow and published by 11 bit studios, Beat Cop: Console Edition has been brought to life by the sweet, huggable team at Crunching Koalas.