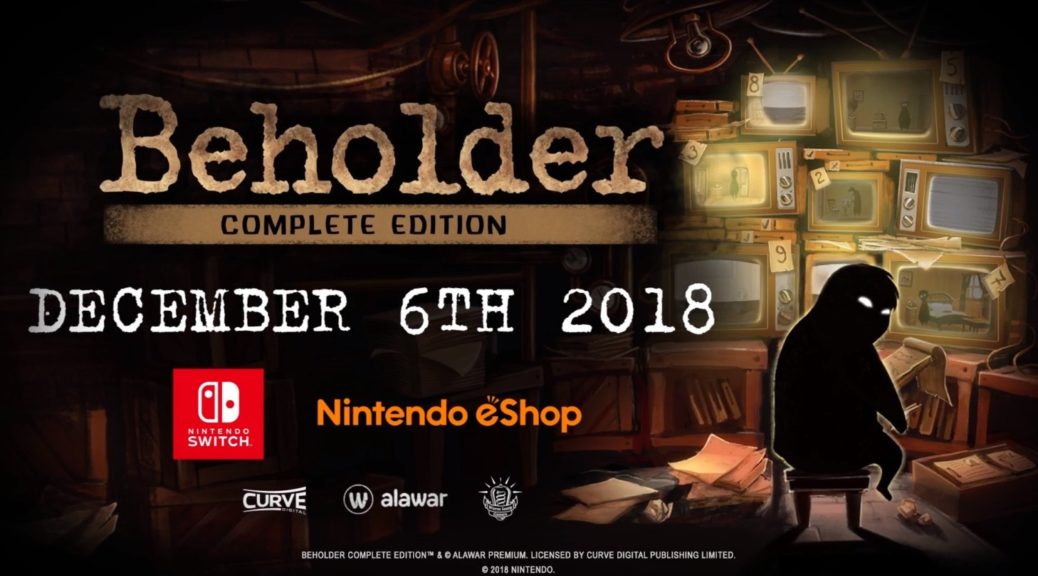 Are you prepared to stamp out dissent on your Nintendo Switch?

Curve Digital has announced that Beholder: Complete Edition will launch digitally on 6 December 2018. The port will include all previous DLC that the game previously received on other platforms.

Check out the Switch announcement trailer below.

Developer Warm Lamp Games and publisher Curve Digital have announced that its award-winning totalitarian spy simulation – Beholder: Complete Edition, will launch on the eShop for Nintendo Switch on December 6th, complete with the ‘Blissful Sleep’ DLC.

Already available on PlayStation 4, Xbox One and PC, Beholder has sold almost one million units to date and has won numerous awards including GDC 2017 – Best in Play! and Dev Gamm 2017 – Best Indie Game. Beholder: Complete Edition puts you in the shoes of Carl, a state-installed manager of an apartment building, tasked by a tyrannical state to spy on his tenants. In order to unmask and report anyone that might be plotting subversion against the state, you must eavesdrop, place wiretaps and cameras and search apartments.