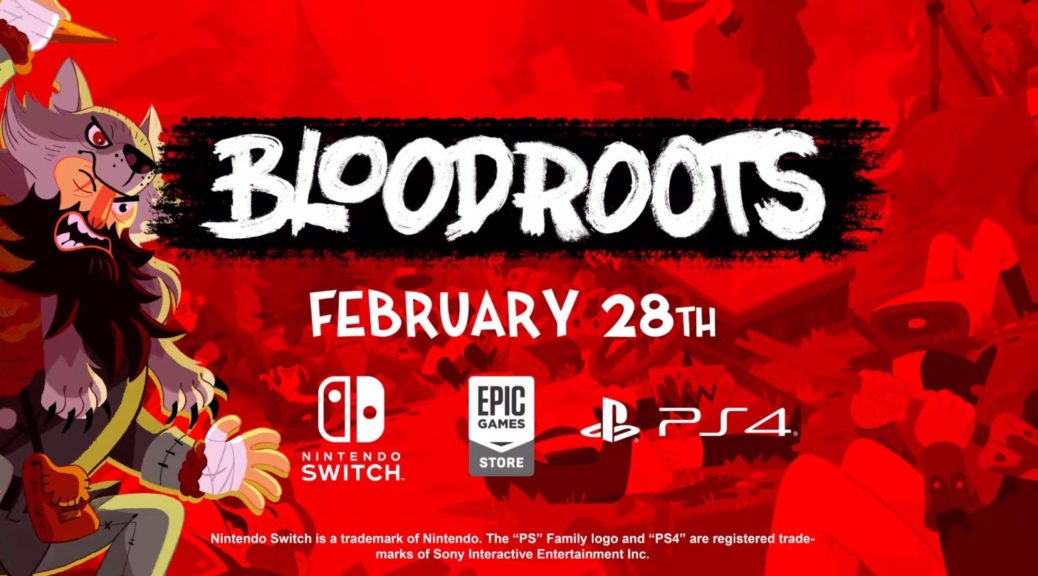 Following its reveal nearly a year ago, Paper Cult Games’ Bloodroots will finally be arriving in player’s hands this month!

The developer has confirmed that the game will be launching on Switch, PS4, and Epic Store on 28 February 2020. As reported previously, Bloodroots sees players in the shoes of Mr. Wolf – who seeks murderous revenge after being left for dead!

Betrayed and left for dead, Mr. Wolf is hell-bent on finding his killer and enacting revenge – alone, and vastly outnumbered.

Thankfully for Mr. Wolf, the world is your weapon in Bloodroots – a relentless action game that unfolds across the sprawling Weird West. You’ll choreograph spectacular, ultra-violent combos by making use of everything around you, from hatchets, to ladders, to…carrots? It’s improvise or die, as Mr. Wolf fights his way to the center of the mystery: why was he betrayed?

A world overflowing with makeshift weapons that not only change the way you fight, but how you get around
Improvise the most deadly combos and compete for fame on worldwide leaderboards
Fight your way through a variety of handcrafted levels, from forests to mountaintops
Experience a twisted Western revenge tale with a deranged cast of characters