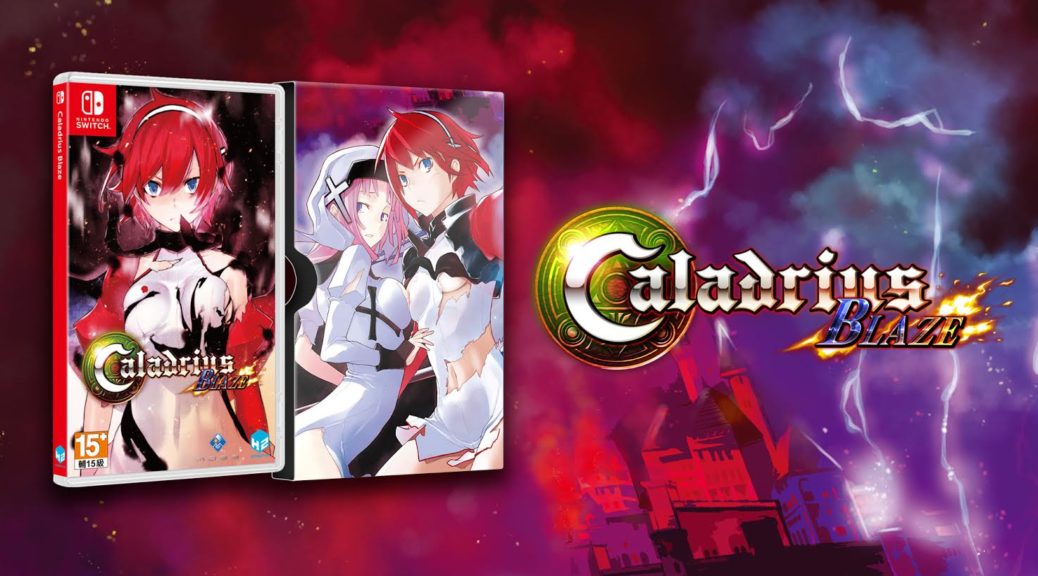 Previously, we reported that Asian retailers had put up listings for Caladrius Blaze on Switch. Now, we have official confirmation that those listings are legit!

H2 Interactive has announced that the shoot-em-up title will launch worldwide for Nintendo Switch on 18 July 2019. The game will be digital-only in the west, but Asia and Korea will also get a physical release with a metal slipcase.

Currently, H2 Interactive has not announced a price for the digital release of the game. We’ll report back when we hear more details.

In the meantime, check out some Switch version screenshots below – along with more details.

H2 Interactive has announced that the Nintendo Switch version of ‘Caladrius Blaze’, a shoot’em up game developed by Moss, will be officially released worldwide except Japan on July 18th. Physical packages will be available in Korea and Asia only, others will have access to the download version via Nintendo e-Shop.

Caladrius Blaze features not only the Shame Break system where you can view fantastic eye-candy cut-in graphics for both the playable characters and the bosses as they take damage and clothes are cut away, but also beautiful graphics and sound from star-studded production with character designer, Yasuda Suzuhito, famous for his work in Durarara!! and Devil Survivor, and ‘Basiscape’, who handled the sound in Oboro Muramasa.

In the Story Mode fully voiced by star voice actors, you can enjoy the storyline of each unique character in the emerging world based on a gothic horror worldview. With two-player coop mode, you can experience even more varied storyline based on the combination of characters.

In addition, there are many contents to enjoy other than the Story Mode such as the Rush mode and the Score Attack Mode. There is a Tutorial Mode for beginners, Leaderboard for online ranking, and Gallery Mode for viewing cut-in images and other graphics.