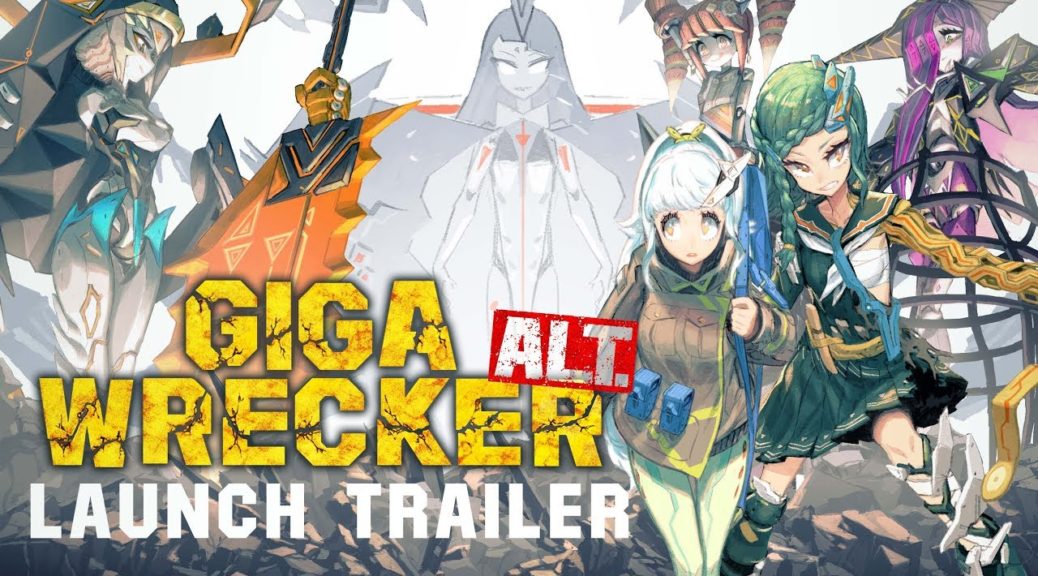 Rising Star Games, the publishers of GIGA WRECKER ALT., have put out a launch trailer for the Game Freak project today.

GIGA WRECKER ALT. is scheduled to arrive May 2, 2019 on Nintendo Switch in the west.

Rising Star Games, the home of Japanese Games within the Thunderful family, is excited to finally bring GIGA WRECKER ALT., the latest title from Game Freak’s “Gear Project”, to consoles from today.

PlayStation® 4 gamers can purchase GIGA WRECKER ALT. digitally from April 30th, followed by the Nintendo Switch™ version arriving on May 2nd and the Xbox One version on May 3rd.

Featuring all-new, console exclusive content (not available for the existing Steam release) from the world-renowned team at Game Freak, GIGA WRECKER ALT. includes 20 additional puzzle stages of creative and unique platforming gameplay plus a brand new Hard Mode that really ramps up the challenge for players ready to take it on. If you prefer taking the game on in a more casual style, there’s also a new companion character to guide you through some of the more taxing puzzles.

Players must guide state-of-the-art cyborg Reika through destructible environments, navigate increasingly challenging puzzles & unearth the mysteries behind the sudden invasion that has left the world in ruins.