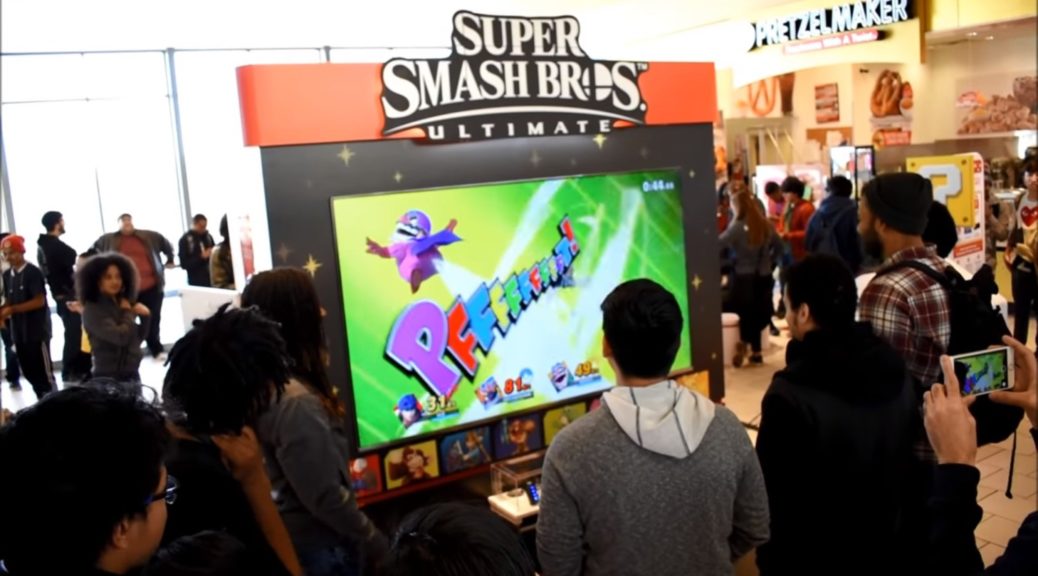 Previously, we reported that Nintendo would be touring around some malls in America. At the event, public visitors can try out Super Smash Bros. Ultimate, along with other prominent Switch titles.

If you’re unsure of whether these booths are worth a evening visit, check out KirbyGCN17’s coverage at Queens Center (New York). The attendance doesn’t actually look too chaotic, so you might be able to get some hands-on time with the latest smash game with little hassle!

If you wish to attend, the booths will still be running at the following locations until 16 December 2018.

*The Nintendo Switch Holiday Experience at the Memorial City Mall in Houston will start on Nov. 11.

EDIT: the booths will be around until December 16. We have corrected this detail in the article.
Source:
Link, Via