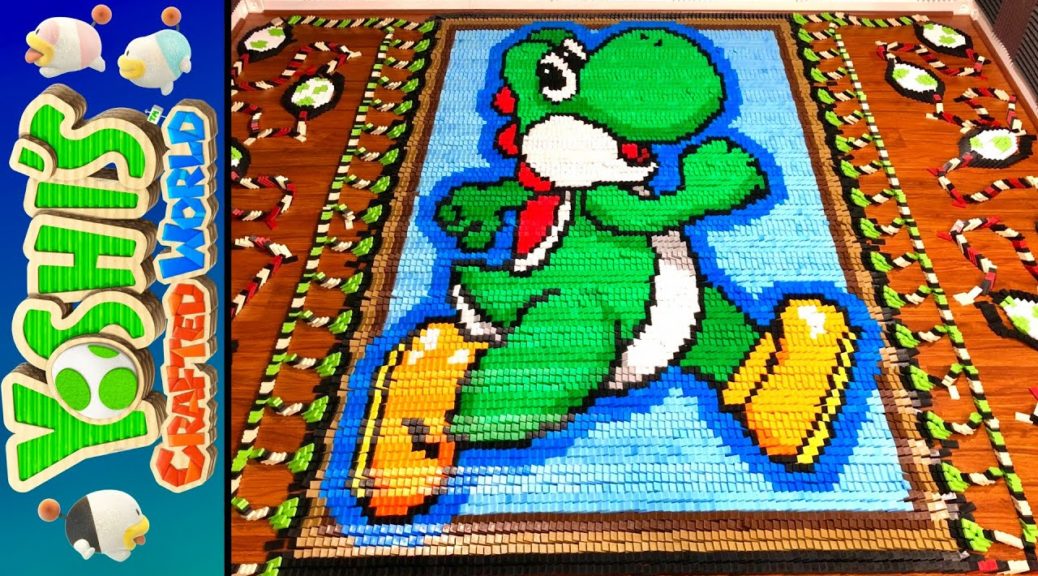 Inspired by Yoshi’s Crafted World, TheDominoKing has uploaded his own unique tribute to the game, just in time to celebrate its official release.

The set-up this time uses over 34,000 dominoes, and incorporates several papercraft cutouts and gimmicks just like the game it is based on. Also included are stylish domino renditions of the game’s logo, Poochy, and Yoshi himself. Check it out for yourself below: