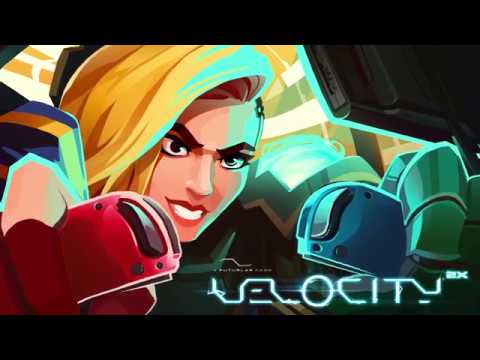 To celebrate, the game’s “official out now” trailer has been uploaded on Youtube.

Curve Digital and FuturLab are proud to announce that its hit hybrid shmup-platformer Velocity®2X, is now available to buy from the Nintendo Switch eShop at £14.99 / €19.99 / $19.99. To celebrate the launch, Nintendo Switch owners will be able to buy the game on the eShop with a 20% discount for a limited period. Velocity®2X will be playable at EGX this weekend, the UK’s biggest video game event held at the NEC in Birmingham. The launch festivities don’t end there, at EGX, Curve will be holding competitions and promotions for Velocity®2X on the show floor and on social media platforms, see you there!

Players must hurtle their way through 66 increasingly difficult levels in a bid to not only beat the game but also each other. Online leaderboards are included making the challenge on the Switch social, naturally. With gorgeous sci-fi art and music from Joris de Man, composer for the Killzone series and Horizon Zero Dawn, Velocity®2X oozes quality from every polygon, a true modern arcade classic.

Velocity®2X launched to rave reviews in 2014, where it debuted on PlayStation Vita and PlayStation 4, before launching on Xbox One, PC, Mac and Linux the following year. Garnering a MetaCritic score of 90 on Vita and 86 on PlayStation 4, Velocity®2X won the hearts of critics and players alike, with its inventive blend of pulse-pounding 2D action platforming and fast-paced vertical-scrolling shmup action.

This will be the first time a Velocity title has appeared on a Nintendo platform. A direct successor to Velocity, Velocity®2X follows the story of Lt. Kai Tana, a brave pilot who has found herself stranded a long way from home after getting sucked through a black hole. Discovered and experimented on by an evil alien race called the Vokh, Kai Tana has recently escaped with her “Quarp Jet” and must outrun her captors.

“We’ve always been big fans of Nintendo and handheld gaming in general, so bringing Velocity 2X to Switch is really exciting,” said FuturLab Managing Director James Marsden. “We can’t wait for a new audience to experience our labour of love on Switch!”

“This Switch version feels like the definitive way of playing this game, Nintendo fans are in for a treat!” said Cédrine Décoret, Product Manager at Curve Digital.