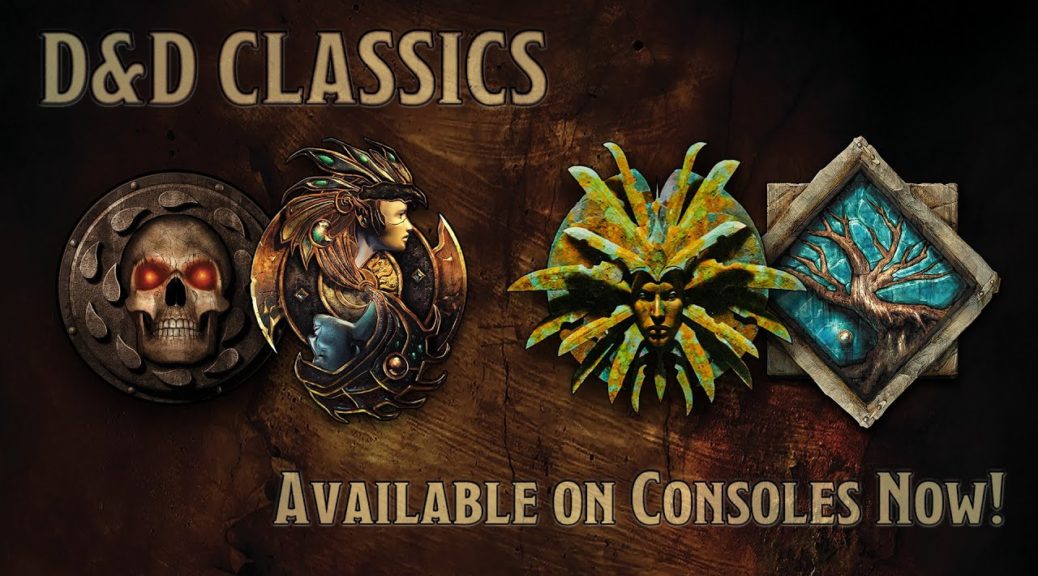 Available today globally, these boxed versions can be purchased at major retailers for USD 49.99 each on the Nintendo Switch.

Prepare your spells and ready your swords – it’s time to embark on a great adventure in our Baldur’s Gate or Planescape: Torment/Icewind Dale Enhanced Editions, now available on Nintendo Switch!

Gather your party and embark on epic journeys through the Forgotten Realms, on consoles for the first time ever! These classic Dungeons & Dragons-inspired titles are enhanced especially for your preferred way to play – don’t miss out!

These titles are also now available for digital download on the PlayStation®Store, Microsoft Xbox One Store, and Nintendo eShop.

Tailored for a natural gameplay experience on consoles, these enhanced editions give longtime fans and newcomers alike the opportunity to play these critically acclaimed adventures from a golden age of RPGs in a whole new way. Beamdog has upgraded each title with support for high-resolution widescreen displays, controls optimized for console controllers, new content, new characters and classes, expanded character creation options, redesigns of the UI and UX, bug fixes, balance changes and more.