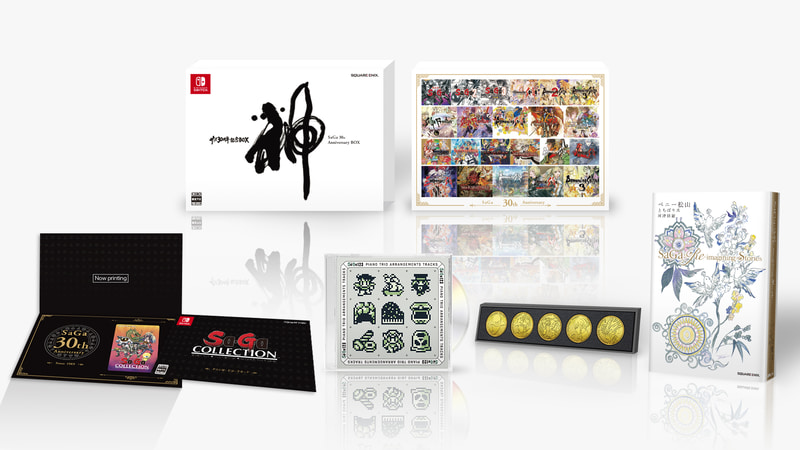 Oddly, the package does not contain a physical copy of Collection of SaGa Final Fantasy Legend on Switch, and instead opts for a download card for the game to for the eshop. Aside from this, the following physical goodies are included:

The limited edition is available exclusively from the Square Enix store in limited amounts, and will release on December 15th, the same day as the regular version of the game.