ININ Games has announced they will be bringing Cotton Rock ‘N’ Roll to the west as Cotton Fantasy.

To recap, Cotton Fantasy is the English localization of the brand new HD title in the Cotton series, following up on the Japanese version’s initial launch back in October. At the time of this writing, no set release date has been provided, but ININ Games has confirmed both Switch and PS4 versions.

In addition, Strictly Limited will also be releasing Limited & Collector’s Editions of the game, which include the following:

The Limited Edition will cost the same as the upcoming ININ retail version, with 3,000 Nintendo Switch and 1,500 Playstation 4 copies available. 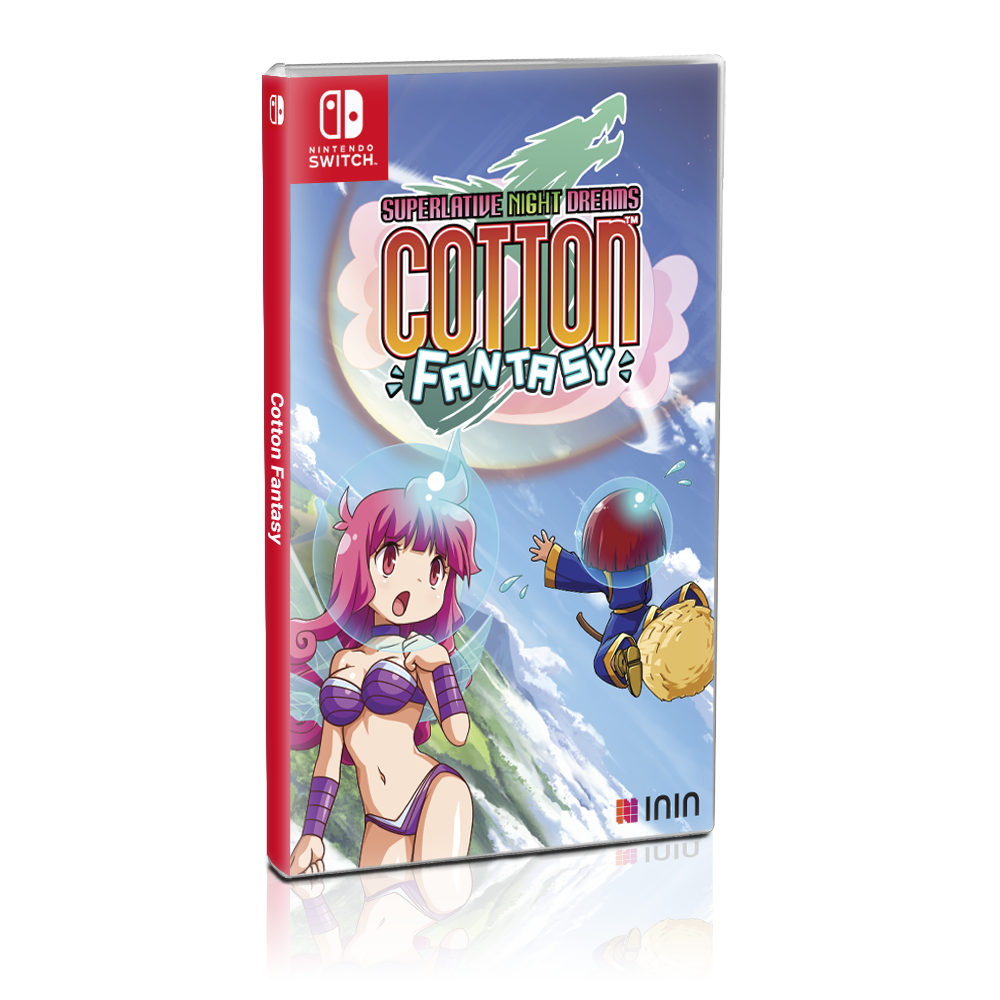 The Collector’s Edition will include the following items: 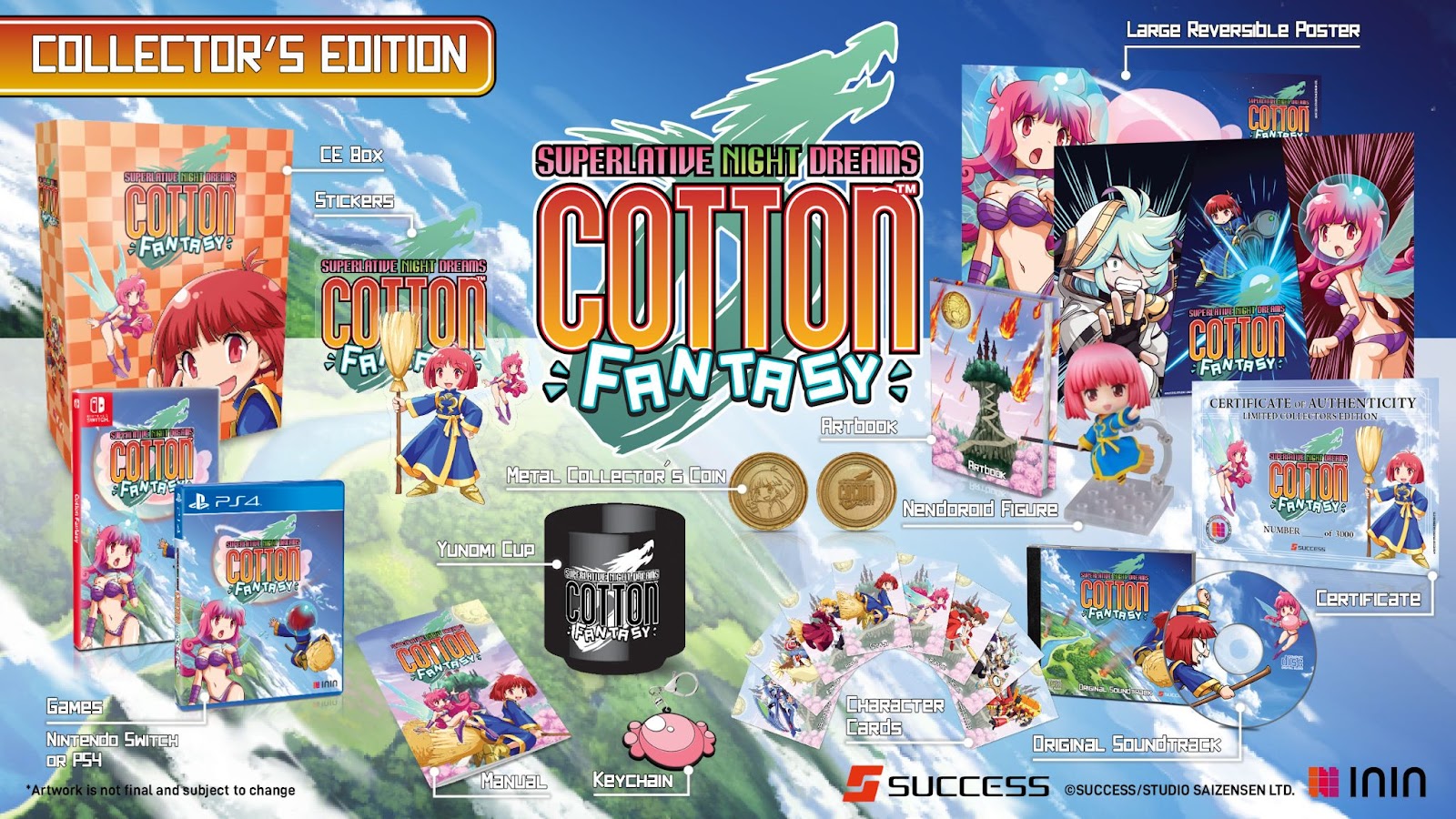 ININ Games is proud to announce the continued partnership with SUCCESS, in the West, with an exciting brand new title, Cotton Fantasy for Nintendo Switch and PS4. Our partners at SUCCESS will release the game in Japan under the name “Cotton Rock ‘n’ Roll”. ININ Games will handle both the digital and physical retail release of Cotton Fantasy in the West, with ININ pre-orders kicking off this winter, exact details to follow. Eager collectors can already pre-order a physical Limited or Collector’s Edition from Strictly Limited Games, starting November 13th.

Cotton Fantasy: Cotton Fantasy is a brand-new addition to the Cotton series that sees Cotton and Silk embark on another adventure, this time in HD graphics! The game adds several new shoot ’em up mechanics to the iconic Cotton playstyle, providing a modern gameplay experience, more precise than ever. Featuring 6 iconic playable characters, 16 colourful and varied scrolling stages, with vertical, horizontal and 3D movement, and an exhilarating soundtrack with iconic remastered tracks from past games, Cotton Fantasy offers a lot of variation and replayability on your hunt for the high score. Packaged with a light-hearted story full of charming, fun cutscenes, fully-voiced in Japanese, this is a great and accessible new shoot ’em up game for fans of the series and newcomers alike.