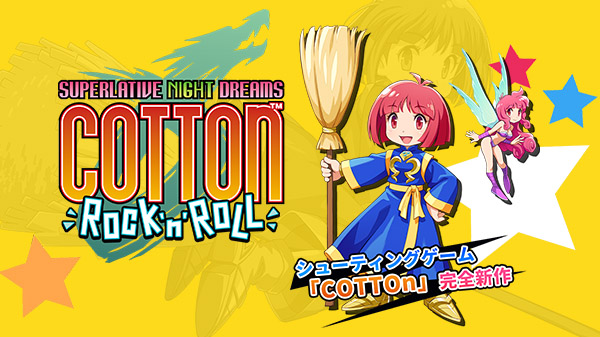 Success Corp has announced Cotton Rock ‘N’ Roll for Switch and other platforms.

This new entry in Success Corp’s Cotton series of shoot ’em ups will be launching on December 23rd in Japan for Switch and Playstation 4, sometime in Winter 2021/2022 for PC, and in Fall 2021 for arcades.  It will also receive a Cotton Series 30th Anniversary Edition which includes the following:

A summary of the game from its official website can be found below, as translated via Gematsu:

Cotton Rock ‘n’ Roll retains the traditional comical world setting of Cotton and Silk, while including not only the shoot ’em up game features of the Cotton series, but also those of the shoot ’em up games Success has released to the world, such as Sanvein‘s time system and Psyvariar‘s BUZZ system.