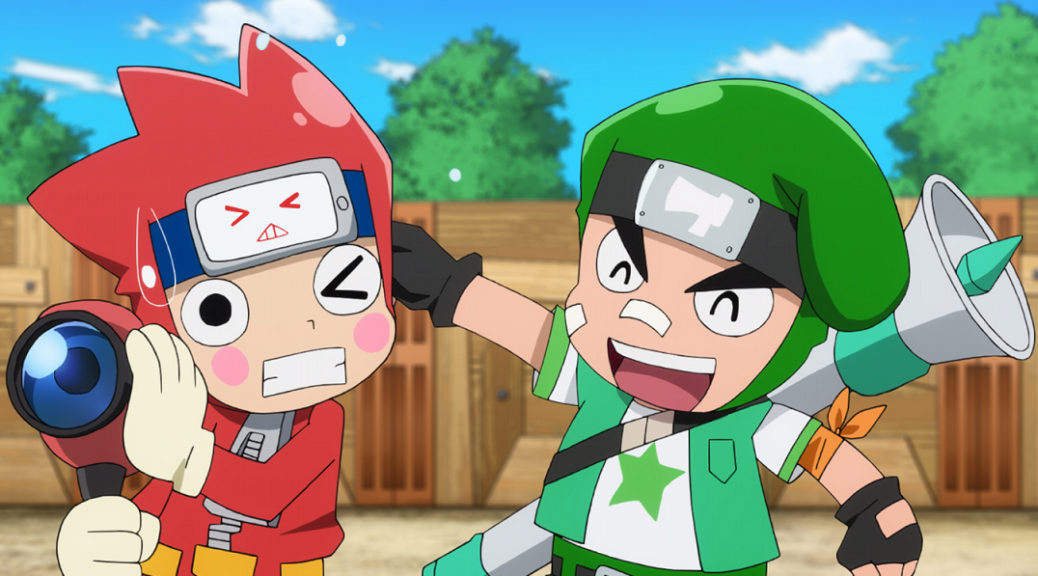 On this latest update, Bandai Namco tackles your adventure outside the village. In order to gather more materials to build your own secret base, players will need to travel to town where runaway ninjas lurk. You may befriend these ninjas or set up traps against the bad ones.

New characters have also been introduced including the legendary tool which is the Ninja Box.

Ninja Box is slated for release in Japan in 2019. No word have been shared yet for an international release.

Read on below for the latest details: Adventure from the village to the town—.

In town, the outrageous ninjas lurk and various materials for parts can be obtained. In order to create your very own “secret base,” your adventure will leave the village and expand over the town.

■ A Town Full of Runaway Ninjas

If you find a runaway ninja lurking in town, you can befriend them. The runaway ninjas are hiding in unexpected places. This world is full of outrageous ninjas!

Befriended runaway ninjas may also be carrying base parts or trap blueprints. By obtaining blueprints, you can gather the necessary materials in town, then create base parts and traps. The Ninja Box is a legendary box that can build anything. The bad guys who want to misuse its power will attack your secret base. The Ninja Box is a legendary tool created by the ninja of Tatemakuri Village in order to protect and develop the village (secret base). It can make anything, as long as you give it the materials and blueprints to do so. Its highly secure—only those certified are able to use it. Also, bad guys who want this Ninja Box for themselves will attack your base.

Defeat the bad guys by setting traps in your secret base!

Not only can you build a secret base, you can also build traps. Where you place the traps is up to you!

—The bad guys are attacking! Protect the base! —Build a cannon to protect your base and control it yourself! Unleashes gigantic hand chops on the bad guys. Relentlessly chop them down!

—By plugging a Noten Chop-kun into an outlet… —The hand will automatically chop down when the bad guy underlings approach. These traps are pretty outrageous! There are tons of traps that have still yet to be revealed! Tonkachi’s childhood friend from Tatemakuri Village. A battle-loving ninja who is always prepared for outrageous training in order to get stronger in style. When he uses his megaphone launcher, he shoots out the letters of the actual words he speaks. Tonkachi’s childhood friend from Tatemakuri Village. A ninja with the spirit of an outrageous mad scientist who spends his time developing gadgets. He loves popcorn and will throw a huge fit when he runs out.