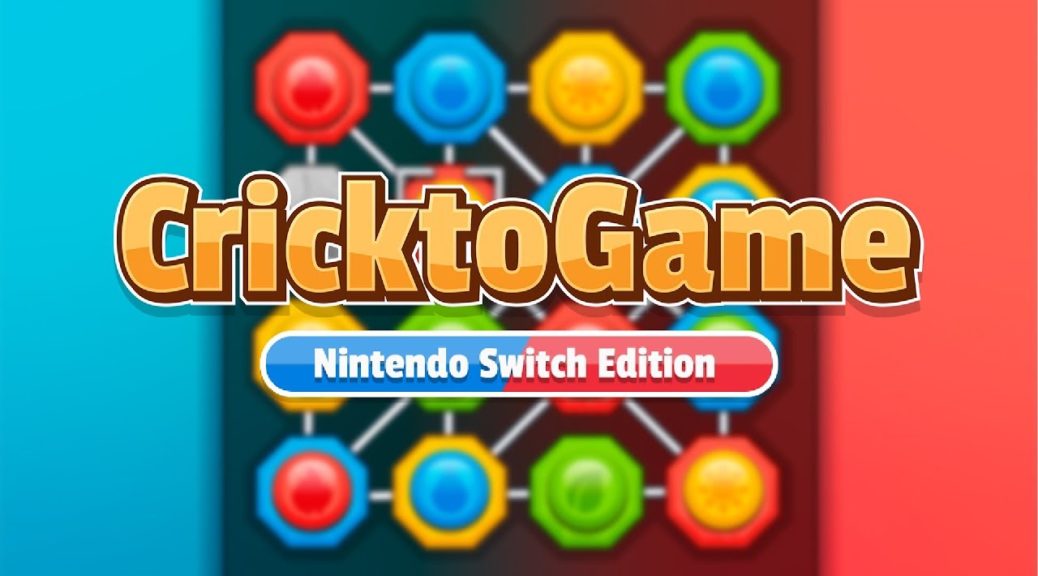 Polygon-e Studios has published the release date trailer for CricktoGame, coming to Nintendo Switch on November 7.

The game will retail for 4,99€ / 5.49$ on the Nintendo eShop. Pre-purchase begins October 29 in Europe/Australia, and October 30 in North America. CricktoGame will be offered at an additional 20% off for customers who pre-load the game.

To celebrate the launch of CricktoGame on Nintendo we would like to share our feelings with you
after having developed this addictive puzzle game.

“We define CricktoGame as a hard puzzle game, a game for anyone looking for a challenge.
The mechanics, as you already know, consists of moving certain color chips over predefined paths until they coincide with
a box of the same color. At first it seems simple but every time it twists more and it can get to be very complicated and for that reason,
even if a timer is shown, this will only be anecdotal and the game will reward whoever solves the puzzle.
We have added a mode called Deluxe in which we include certain new mechanics such as roadblocks / boxes that only allow
the passage of certain colors, paths that are only activated if a chip is placed in a defined trigger box or chips with
no color that will only be recovered when they pass through the CricktoGame box. “