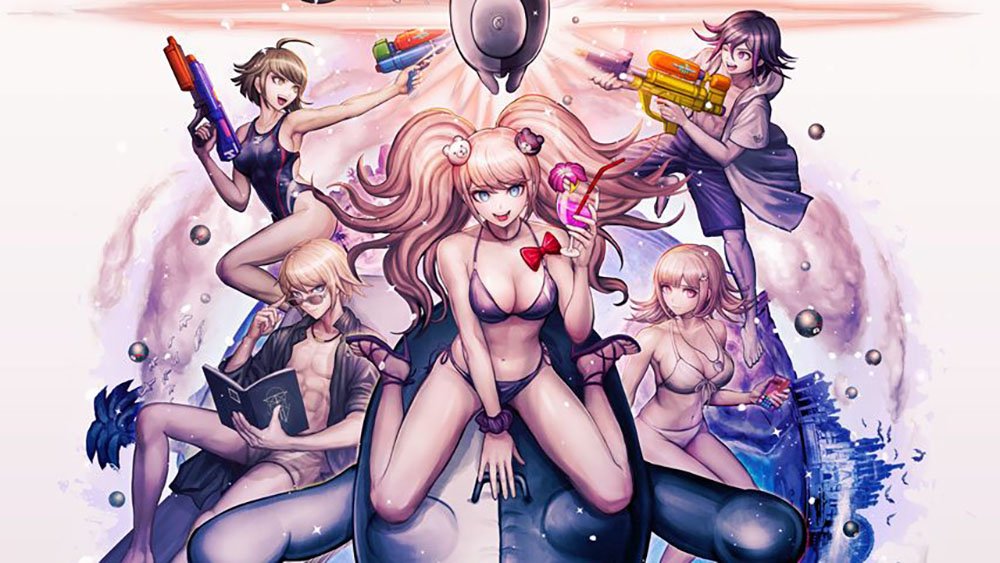 Here’s another peek at the upcoming Danganronpa Decadence collection!

Spike Chunsoft has released a new trailer showcasing the gameplay and story of the various Danganronpa main series titles included in the collection, as well snippets of the exclusive bonus game Danganronpa S: Ultimate Summer Camp and a new piece of key artwork featuring several characters in the series decked out in their summer attire!

You can check out the trailer, an overview of the game and the Danganronpa S: Ultimate Summer Camp artwork below:

With an all-star dream lineup of characters from each Danganronpa game, gather Hope Fragments at a tropical resort. Explore Jabberwock Island and develop your Dangan characters. Gather money through battle and upgrade your equipment, then defeat bosses and move on to the next island!

Danganronpa Decadence will be released for the Switch on November 4 in Japan and December 3 in North America and Europe.