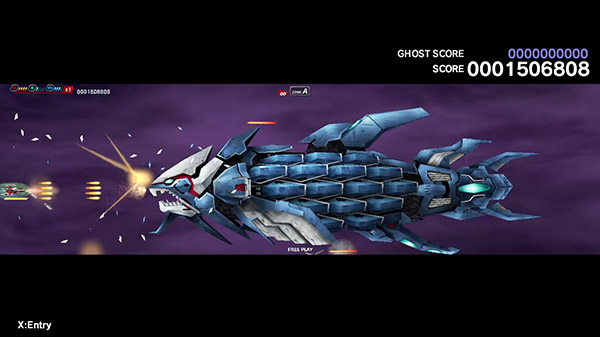 ININ Games has announced they will be delaying Dariusburst Another Chronicle EX+ in the west.

This retro-style top-down shooter will now be releasing on July 27th for Switch in the west, a little over a month after its originally planned release date of June 11th. As fans may recall, this game forms part of the Darius Cozmic Revelation collection alongside G-Darius HD. However, as of this writing, ININ has yet to share further updates on when the collection will release in the west.

We will be sure to report back with more details as they come.