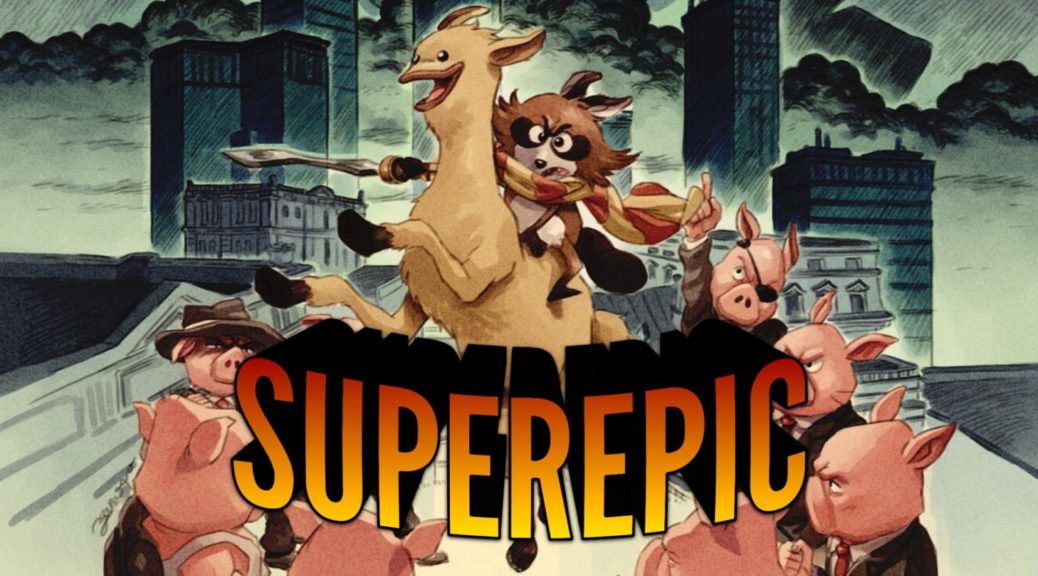 Numskull Games is proud to announce SuperEpic, a ‘Metroidvania’-style adventure game with a humorous and satirical tone, from indie developers Undercoders.

Starring a raccoon and a llama in their quest to save video games as we know them, you must ram into the headquarters of Regnantcorp, a video game development company that controls an Orwellian society by addicting citizens to their free games.

SuperEpic is a non-linear, fast-paced action adventure game, heavy on exploration and combo-based combat. Uncover a conspiracy as you explore a surreal castle-like office full of enemies, challenges, secrets, and corporate pigs.

–          Cross-media experience – hidden QR codes launch mini-games to play on your mobile when scanned, uncovering secrets in the main game

–          8 hours of gameplay – a first run on the story mode will take roughly 8 hours, but the procedural mode provides endless fun

–          Micro-transaction satire – satirises modern gaming practices, with a huge enterprise run by greedy business-pigs which has gradually replaced all the fun in video games with adaptative and addictive algorithms to control people’s minds

SuperEpic comes to PlayStation 4, Nintendo Switch, Xbox One, and PC this December.