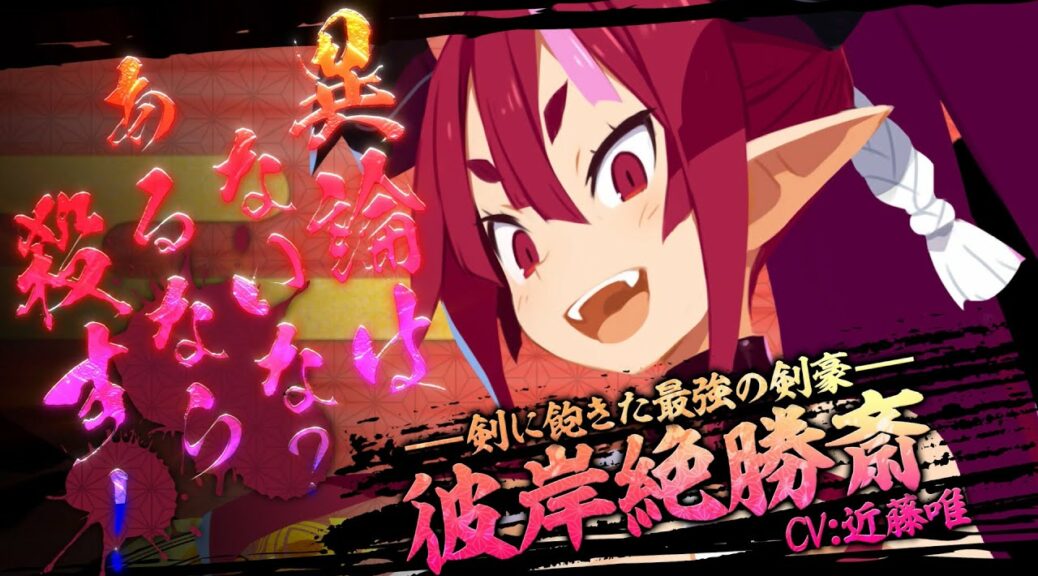 Nippon Ichi Software has released a new trailer for Disgaea 7 introducing one of its new characters.

This is the seventh of the game’s character trailers, and introduces Hinomoto’s strongest and evilest swordswoman Higan Zesshousai, voiced by  Yui Kondou. You can check out the trailer below, along with some details about her character via Gematsu:

She got tired of being too strong when fighting with a sword, so she is now in the process of mastering the spear.

She is arrogant and unmannerly, and simply loves fighting. If you get in between her and a fight, she will go berserk and will not settle down until you feed her delicious sweets.