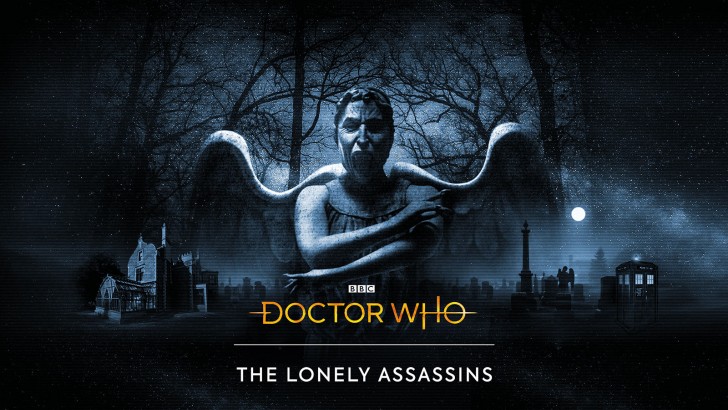 Doctor Who fans will soon get to cross paths with the deadly Weeping Angels this month!

BBC Studio and Maze Theory have confirmed that Doctor Who: The Lonely Assassins will launch on 12 August 2021, for $12.99 USD. As reported previously, the game will see players partaking in an eerie “found phone” mystery, and uncovering the mystery of lethal angel statues that move when people aren’t looking!

Check out the official console release trailer below, along with more details:

London and New York, August 12, 2021: Digital entertainment studio Maze Theory, in partnership with BBC Studios, today announces that Doctor Who: The Lonely Assassins will be available on current and next gen consoles from 12th August 2021.

BBC Studios – Games & Interactive senior producer, Kevin Jorge says: “The Lonely Assassins set a new benchmark for how we tell engaging and interactive Doctor Who stories and we wanted to give console players the chance to experience the mystery, drama and terror of this exciting new adventure.”

He adds: “Making the game compatible with current and next gen consoles builds further fan interaction and broadens the experience of a truly immersive and gripping journey.”

The game, co-developed with award-winning studio Kaigan Games, achieved critical acclaim on PC and mobile, averaging a Metacritic score of 78 across both platforms. By popular demand, the console version of Doctor Who: The Lonely Assassins will be available for fans of the iconic series and gamers interested in cryptic, narrative-driven adventures.

Doctor Who: The Lonely Assassins builds on the events of iconic Doctor Who episode Blink, transporting players into a series of sinister events occurring at Wester Drumlins – the very same abandoned London townhouse where the Weeping Angels made their first TV appearance.

The game stars ex-UNIT scientist Petronella Osgood (played by Ingrid Oliver). Players are invited to help her search through messages, emails, videos, photographs and more to uncover clues, solve puzzles and reveal the truth behind a terrifying menace.

Shot on location in London and Cardiff, Doctor Who: The Lonely Assassins blends live-action footage with puzzle gameplay, with players encouraged to hunt down clues and solve a dark mystery.