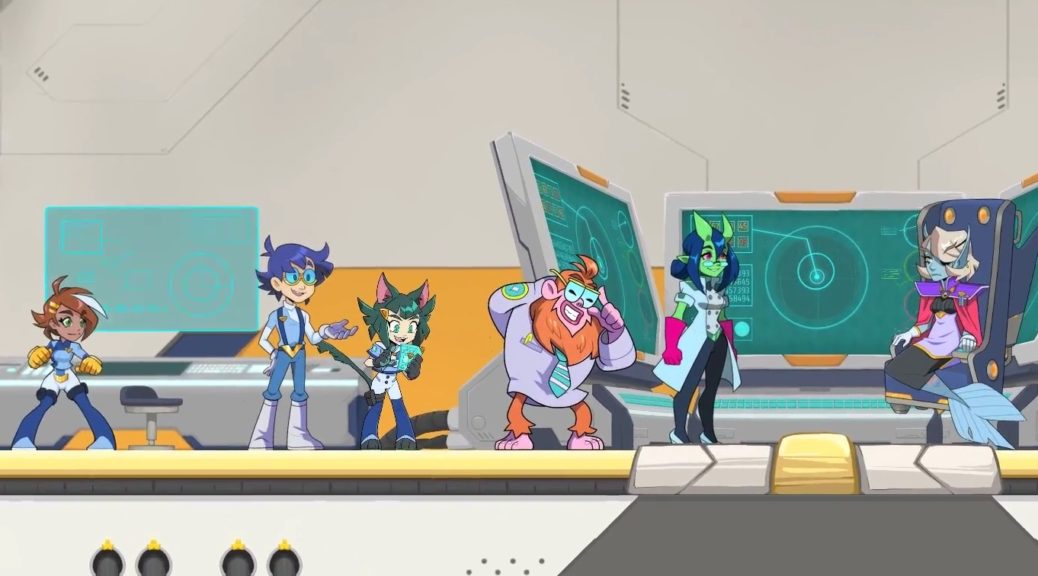 The creators of Runbow have revealed the release window for their latest game, Double Cross.

The game will launch on Nintendo Switch some time in January 2019. Grapple and platform through the beautiful and crisp environments of R.I.F.T. Headquarters, as you investigate an otherworldly criminal.

Check out a new trailer along with more details below.

Double Cross is an exciting action adventure game that has players using a special sling mechanic for a diversity of movements, fighting against an array of enemies and platforming their way across distinct universes in order to solve a multidimensional mystery. Players take on the role of Zahra, an agent of R.I.F.T. whose job it is to maintain peace and order between all dimensions. As Zahra, players can collect a rare element called Upgradium to customize their character abilities such as equipping Zahra with permanent fighting moves, stronger attacks and other valuable skills needed to save the multiverse.

She’s going to need them because a recent attack on R.I.F.T. headquarters has players gather clues in a robust investigation system to bring themselves one step closer to finding the identity of R.I.F.T.’s attacker.