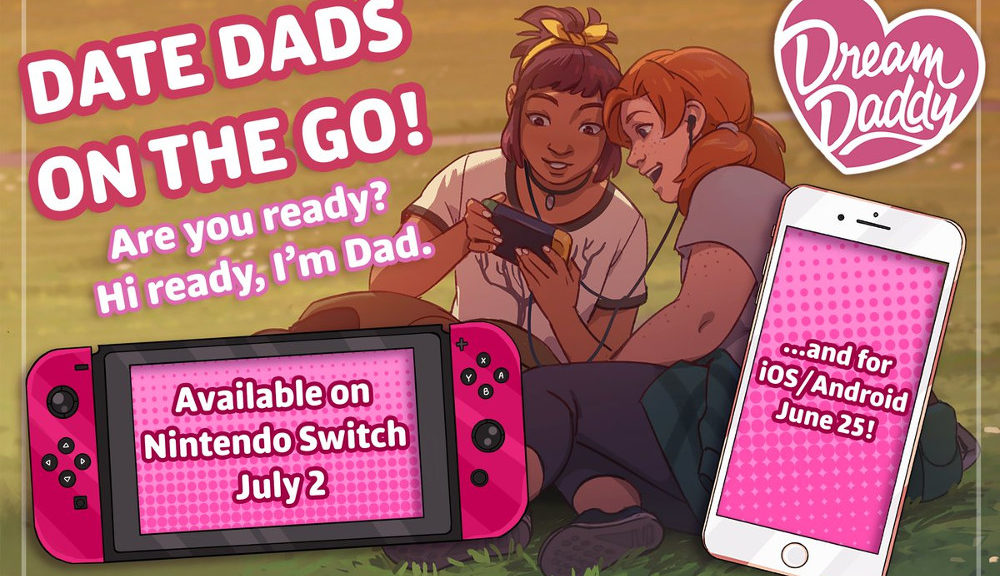 The visual novel adventure featuring 7 dads will be hitting the Switch eShop on 2 July 2019, for $14.99 USD. The Switch release will feature all content from the ‘Dadrector’s Cut’ edition of the game – such as new sidequests and more.

Check out more details and screenshots from Nintendo’s website below.

This game includes Dream Daddy: Dadrector’s Cut. It features cut content, new sidequests, the ability to replay minigames that you’ve discovered throughout the game, and a brand new minigame for your enjoyment!

You and your daughter have just moved into the sleepy seaside town of Maple Bay only to discover that everyone in your neighborhood is a single, dateable Dad! Will you go out with Teacher Dad? Goth Dad? Bad Dad? Or any of the other cool Dads in this game? With a variety of paths and endings, Dream Daddy: A Dad Dating Simulator hopes to be the year’s most anticipated Dad-based game for the second year in a row.