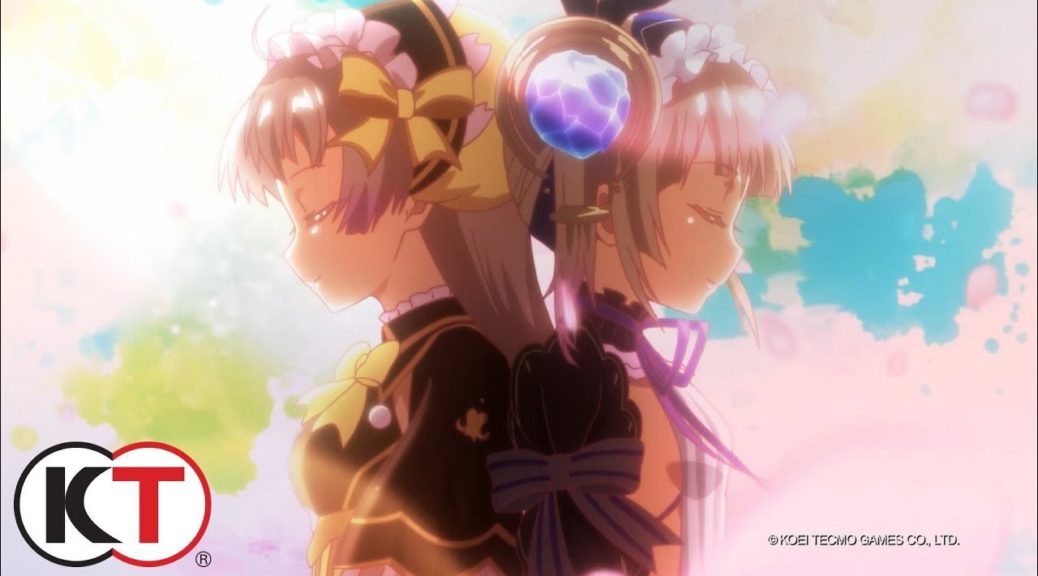 For the first time in the series, players will be able to synthesize battles during battles through Battle Mix and Extra Mix. Battle Mix lets players craft special Battle Recipes that “enhance weaponry or cause a drastic change to the battlefield conditions”, while Extra Mix allows palyers to create an Enormous Bomb that has a wider attack radius and deals a much deadlier blow to enemies.

Check out more details and a new trailer below.

As they journey through a bounty of colorful locations, the girls will encounter the many surprises each world has hidden within them – with some unfriendly foes standing in their way. The girls will have to use everything in their arsenal to overcome their opponents, including alchemy. For the first time in the Atelier series, players are able to synthesize items while in battle for immediate use through Battle Mix and Extra Mix, with each opening up a range of new strategic options.
Battle Mix focuses on crafting special Battle Recipes that enhance weaponry or cause a drastic change to the battlefield conditions; players stuck in a tight spot with an icy foe could imbue their weapon with fire or even melt away the ice on the battlefield to give themselves the ideal advantage. Extra Mix utilizes pre-synthesized items – heightening their abilities and even adding new characteristics in ways which were previously impossible. In the case of the ever-useful Bomb item, which can be used to attack a group of enemies during combat, Extra Mix allows for the creation of the Enormous Bomb with a wider attack radius and a much deadlier blow. Experimenting with various ingredients can lead to impressive outcomes, with plenty of different items to match each player’s unique gameplay style.
Alchemy is not the only tool at Lydie and Suelle’s disposal, as up to eight quirky companions can enter the fray with the all new Combination Battle mechanic. Building upon the party setup previously featured in the series, each of the four characters will partner up with another to form a strong unit which will effectively engage enemies in close-quarters combat and perform ample support. The four characters at the front of a pair will focus on dealing blows to the opponent, with the four at the back carefully analyzing enemy attacks and jumping in to defend and support as needed. Carefully selecting the right duo that matches the player’s preferred playstyle is a key element of the game; the right pairing can allow devastating Combination Attacks to be performed in their moment of need!
A delightful new trailer highlighting the additions to battle and unique cast of characters, which will join players on their journey, was released today – alongside a fresh coat of new colorful assets, which introduces a collection of new characters: the mischievous young prince of Adalett, Mathias; the bright and energetic princess, Mireille; the mysterious child, Alt; the town’s caring nun, Grace; a girl who lives among the lava falls of “The Great Cascades of Anfel”, Fuoko; and the first alchemist to create a ‘Mysterious Painting’, Neige.