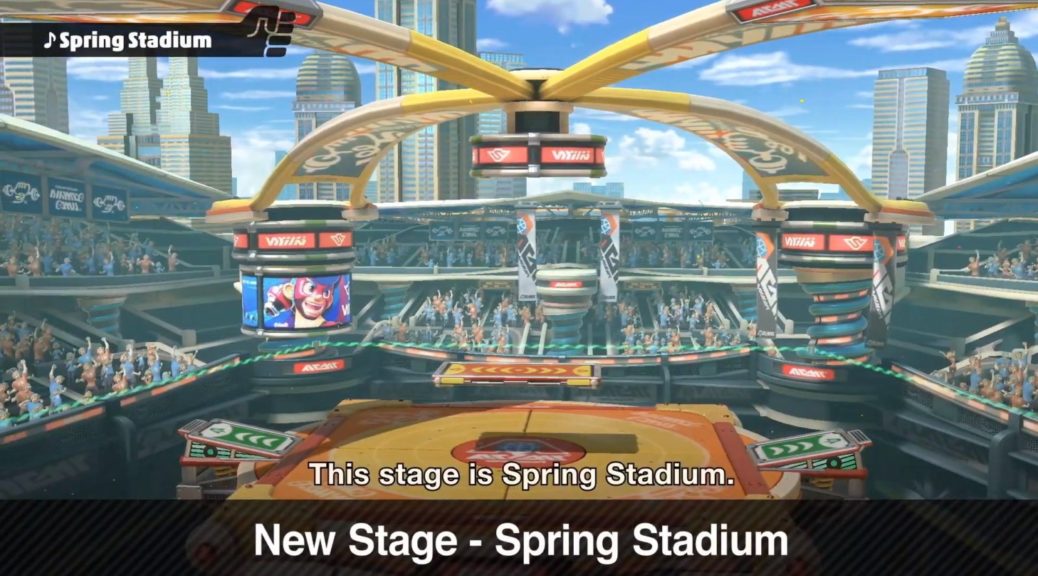 Recently, Super Smash Bros. Ultimate welcomed its newest DLC fighter Min Min from ARMS, along with Spring Stadium as her unique stage. While most players are enjoying these new additions, other eagle-eyed fans have noticed an interesting little mistake hiding away on the Spring Stadium stage itself…

As @SuperNintendGuy below and other fans note, the newest Spring Stadium stage has a digital billboard that displays various ARMS fighters with their personal logo. When Spring Man appears, however – he’s shown with Springtron’s logo (a stylized ‘T’) instead of his actual logo (a stylized ‘S’).

So, as i was streaming Ultimate, I found a huge accident with the billboard in Spring Stadium, It shows every fighter and their logo, the thing is, that when it displays spring man it shows the Springtron logo. Springtron is showcased with his own logo though pic.twitter.com/OmZ41EMA4t

This little logo slip-up hasn’t popped up (so far) for the other ARMS fighters that appear on this billboard – so it’s likely that the DLC’s development team must have experienced a slight goof when working on Spring Man’s visuals for the stage. While it’s a really tiny error, it certainly didn’t get past attentive fans of the ARMS series!

In any case, we can probably expect Super Smash Bros. producer Sakurai and his team to iron out this little mistake once the next patch rolls around. Until then, stay tuned!