Ahead of its release in July 2019, several Japanese retailers have revealed their pre-order bonuses for Fire Emblem: Three Houses.

Firstly, Animate Japan will be offering a set of 5 can badges depicting the game’s main protagonists. This bonus will be included with both normal and limited editions for the game. That said, these bonuses are while stocks last, so it is recommended that interested fans pre-order early. 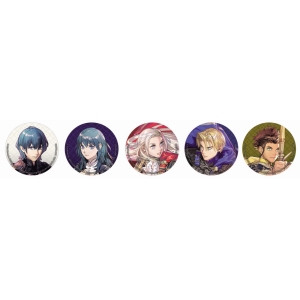 Secondly, Amiami will include a pair of acrylic badges depicting the male and female versions of the player character Byleth. Sample pictures can be found below:

Finally, the bonus for Amazon Japan is an “original panorama sheet”, although there are currently no preview images for it.

Apart from these three, other Japanese retailers will be offering their own pre-order bonuses, although they have not been revealed at this time.

What do you think of these pre-order bonuses? Let us know in the comments.