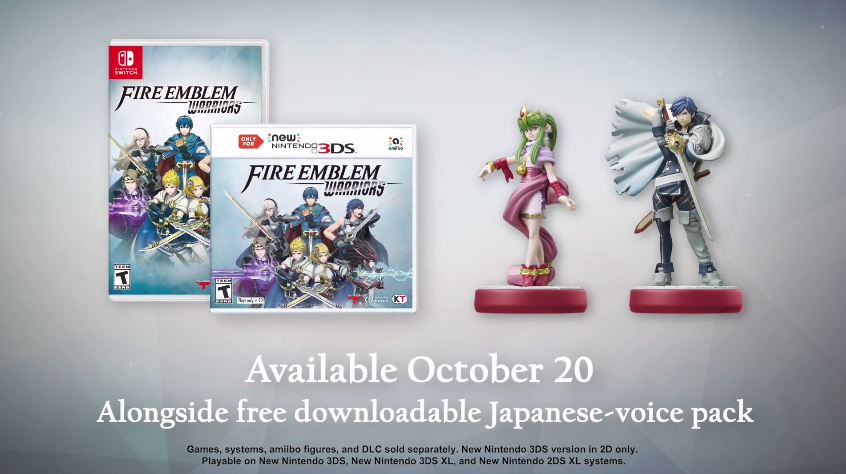 In Nintendo of America’s latest launch trailer for Fire Emblem Warriors, it was revealed that the game will launch with a free Japanese voice pack.

With the Japanese voice pack, players now have an option to play in any language they like with Japanese voice acting. Looks like Nintendo and Koei Tecmo have once again took the feedback of their fans very seriously.