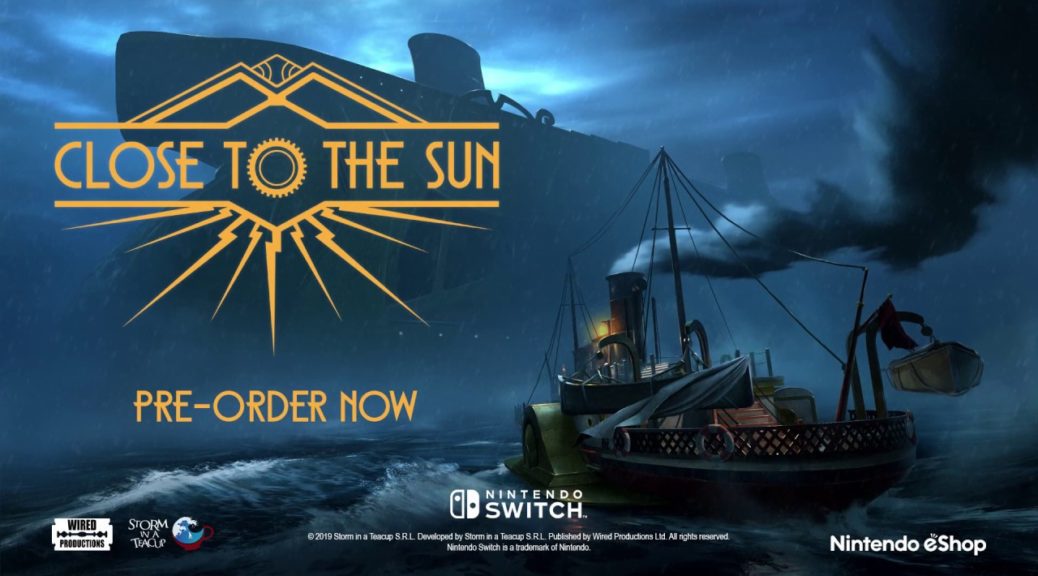 The horror of science experiments going awry is now sailing its way to the Nintendo Switch soon!

Wired Productions has revealed that Close to the Sun will be hitting the Switch eShop sometime in 2019. Search for your missing sister aboard the mysterious Helios vessel – which has come under a deadly quarantine…

Check out a new gameplay trailer and more details below.

Watford, UK – June 25, 2019 –– Award-winning global publisher, Wired Productions and leading Italian game studio, Storm in a Teacup, are today proud to announce that the Nikola Tesla-inspired first-person horror game, Close to the Sun, will be making its way to Nintendo Switch in 2019. Arriving alongside the previously announced versions for the PlayStation®4 computer entertainment system, and Xbox One, the all-in-one entertainment system from Microsoft, prospective players will be able to enjoy the breath-taking and unforgettable experience, for the first time, on the go.

Grounded in an alternative 19th Century where famed inventor and futurist Nikola Tesla was able to fulfil his potential and change the world forever, Close to the Sun sees players step aboard the Helios, a colossal vessel for scientific research, steeped in horror and mystery. As the heroine, Rose, players find themselves walking the massive area looking for their lost sister on the majestic yet mysterious ship created by Tesla. Where is Ada and what happened? Grand halls stand empty. The stench of rotting flesh lingers in the air. Silence. A single word is painted across the entrance… QUARANTINE!

“Close to the Sun has been counted among the most stunning games of 2019,” said Leo Zullo, Managing Director at Wired Productions. “Bringing titles that look this good to Switch is a challenge that we relish and the standard reached is a testament to the quality of our partner studios.”

Using the raw power of the Unreal® Engine 4 and embracing leading-edge technology to increase fidelity and quality within the game to deliver a breathtaking experience for players, Close to the Sun has already garnered considerable interest and praise from critics as well as fans. Close to the Sun is available now on the Epic Games Store and set to release later in 2019 on PlayStation 4, Xbox One and Nintendo Switch.