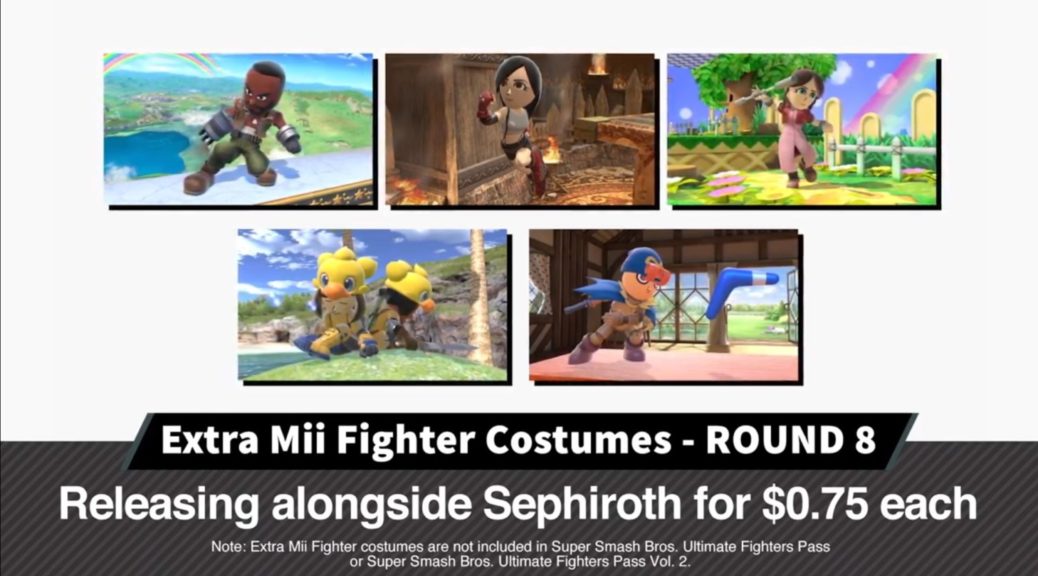 Earlier today during the Sakurai Presents stream for Sephiroth, a few new Mii Fighter costumes were revealed for the game.

The new costumes include three characters from Final Fantasy VII (Barret, Tifa, Aerith), the Chocobo Hat, and Geno from Super Mario RPG. They will be released alongside Sephiroth on December 22nd when he releases later this month.