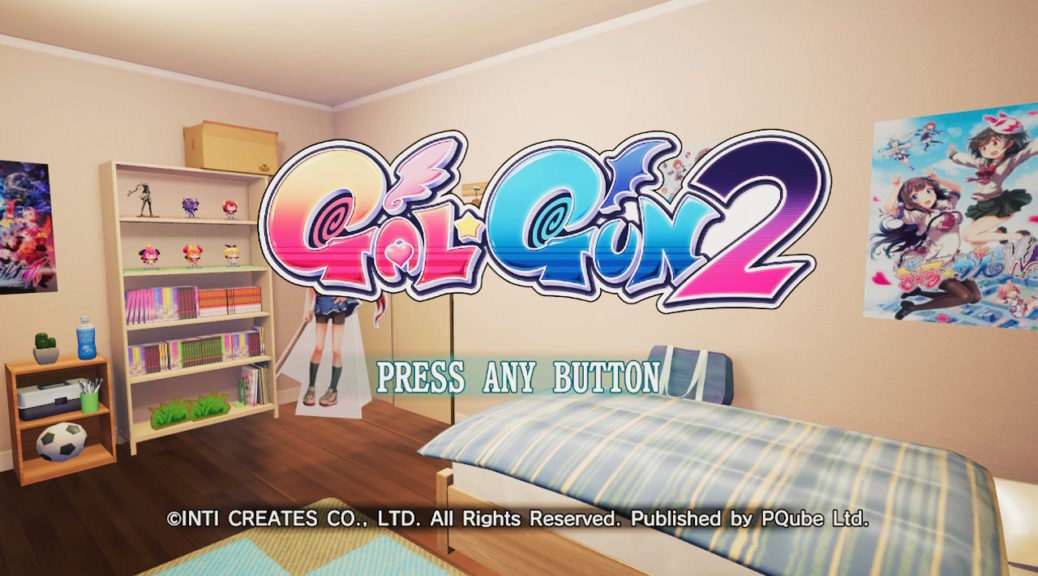 Once in a while, we see a niche game like that of Gal*Gun 2 come to the West, but is it made for you?

Is it too early to mention that Gal*Gun 2 is built on the two principles that your mother would not be too happy about? Over sexualised anime girls and schoolhouse shooting. The game is basically a schoolhouse shootout where you use your angel given blaster to shoot girls in heat. You are also granted a “Luigi’s mansion”-esque vacuum cleaner to suck up mini devils.

The game is built around 4 kinds of stages, a normal shootout, a defence mode, a treasure hunt mode and a fantasize mode.

In a normal shootout, you attempt to survive hordes of girls that just come charging at you. After a few shots or a well-positioned shot, they will disappear. Sound’s about easy until you realise that unlike most FPS, you can’t move across the map as you please. It behaves more like a shooting game in an arcade, where you focus all your shootings on a particular spot before moving on. As a result, there are times where you may be overwhelmed and have no place to hide.

Defence mode is similar to normal mode except this time, the girls are not in heat yet, so you have to shoot or suck up the devils before they get them.

Treasure hunt mode is one of the trickiest modes for me, although it is possible to get through the entire game mode without shooting a single girl, it is not always easy to find the items that are thrown around the map.

Lastly, fantasize mode is fan service for the players. Devils have gotten into a girl and she’s in heat. Shoot the devils out of her and save the day. 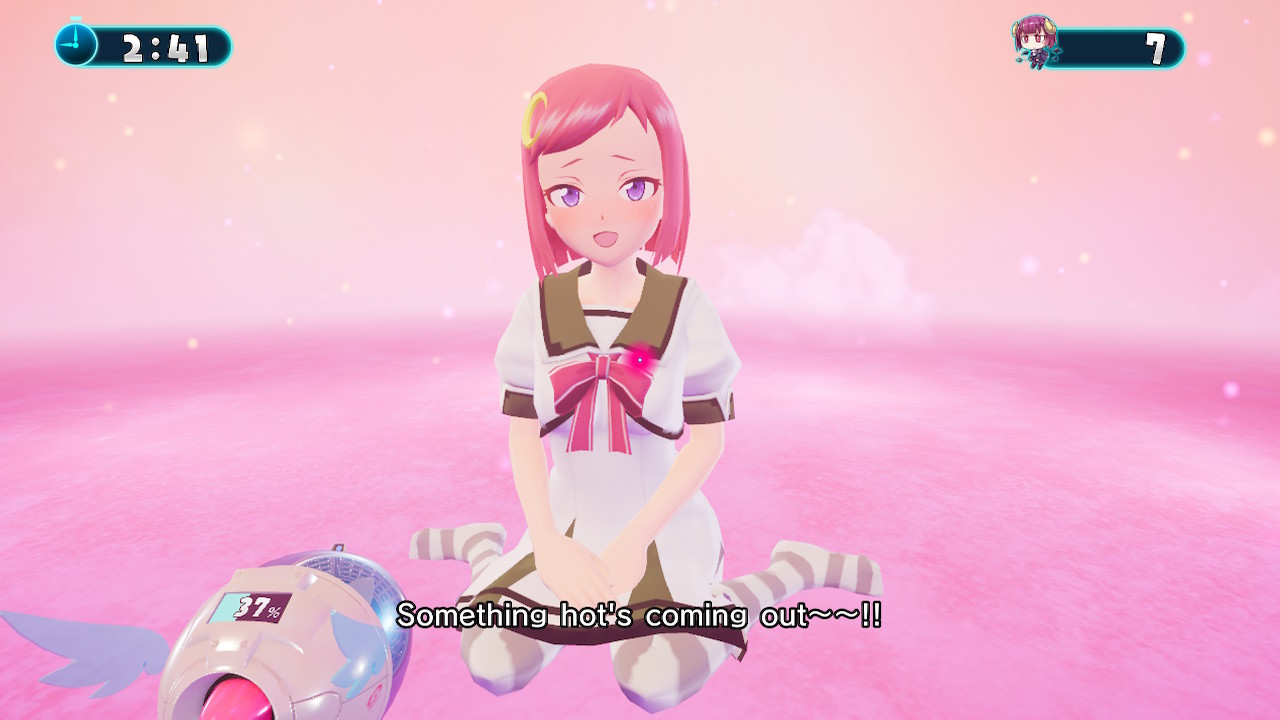 You start a stage by choosing one of the few given missions on your cell phone and the whole thing rinses and repeat till you’re quite sick of the gameplay, but you persist because…

The Plot Is Great

With most plot lines in games, it is possible to tell the ending almost right from the start, however, Gal*Gun 2 provides so much turns and twists that even though you can see the end, you don’t know what it really is. 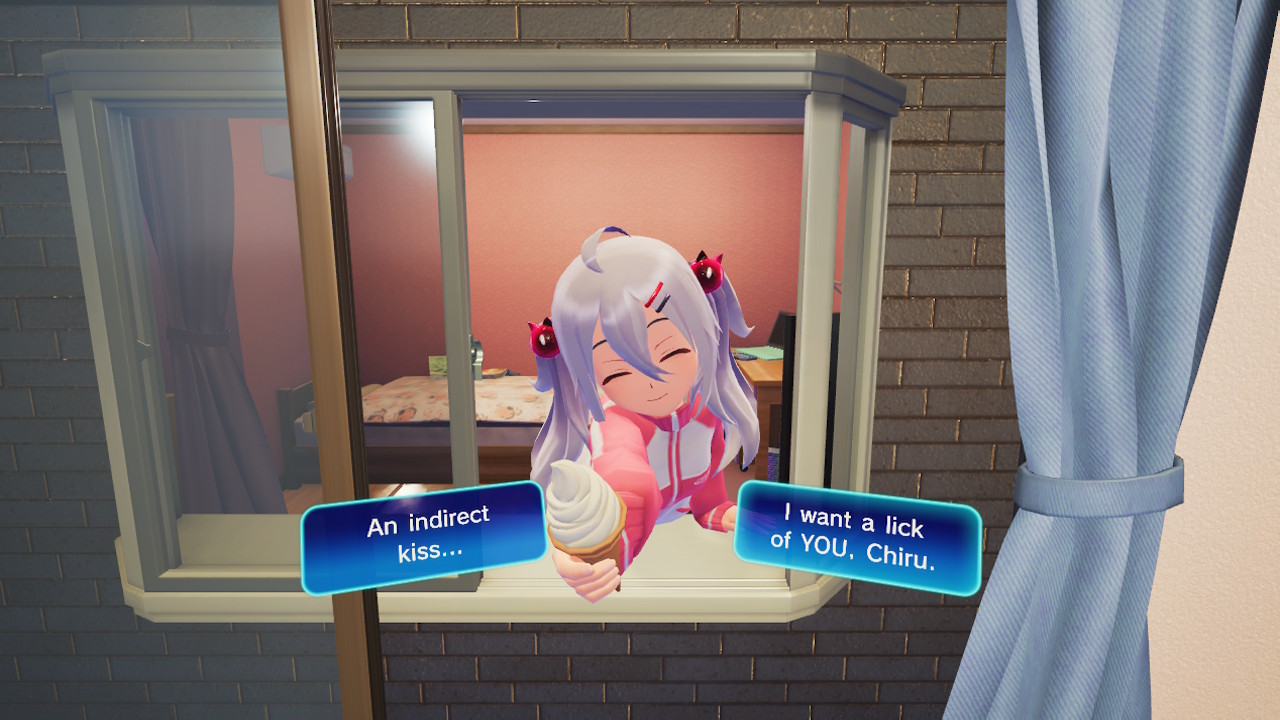 A huge aspect of the game is the story building features and decisions you make that unlock them. While it is possible to zip through Gal*Gun2 in a blaze of glory, you will not enjoy it as much compared to if you take time out for the side stories.

In between stages, you get to interact with girls of your choice, including the two main ones, Nanako and Chiru. Giving both of them gifts will allow you to progress through their routes and discover unexpected secrets that both of them hide.

Controls Can Be Worked On But Whatever Floats Your Boat

One of the ways you can really tell that shooting is probably not the main thing about this game is in its controls. When you start out with the default controls, you are given the button A as shoot, as if you were playing 1945 the shooter. Motion controls, for good or bad were also turned on.

Thankfully the developers threw in customisable controls, meaning you can swap A for ZR anytime you want. 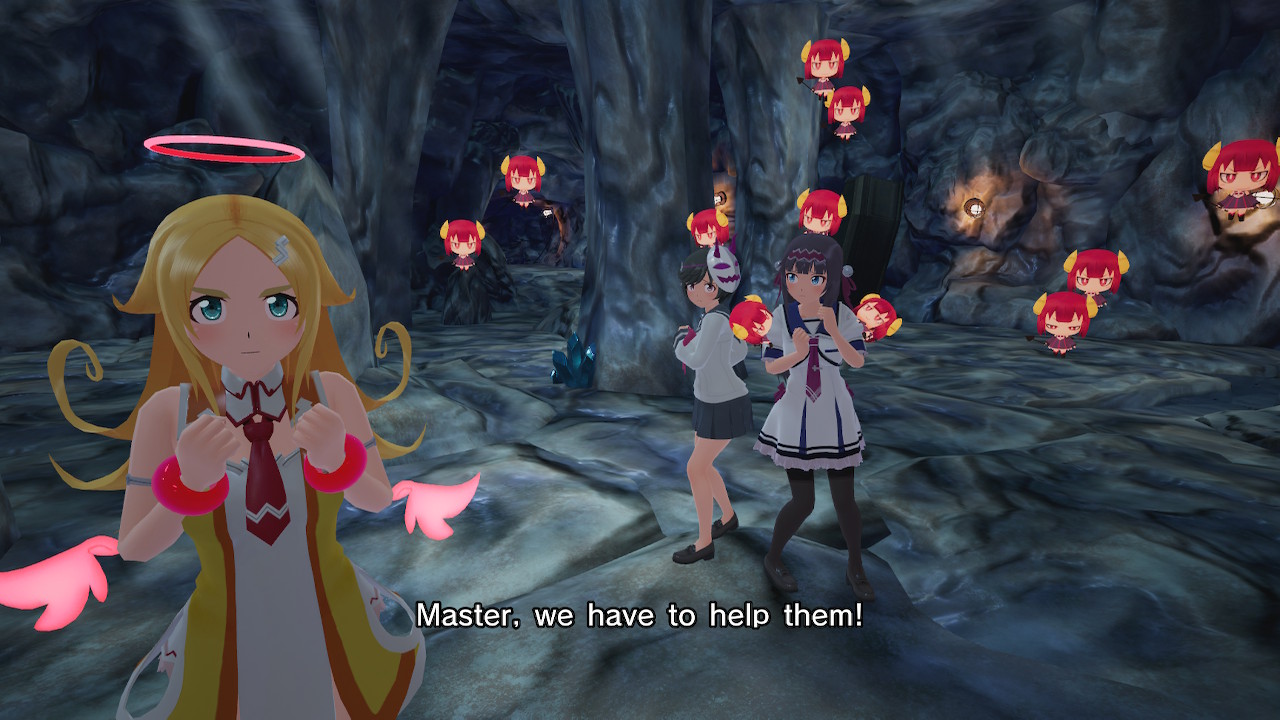 Inti Creates have put in some work with the graphics. Although the graphics lacked the detail, it is enough to bring an anime art style to life. The frame-rate is not an important thing to take note in this game, shooting things is the least of your concern.

Audio in the game is where this game really shines. It is something that complements the tone of the game really well. That means that it is, at times, overly sexualised, and when needed serious. All the lines in the game were voice acted excellently to bring out the already great plot-line.

The main theme is also catchy. So catchy that you’ll be hearing it in your head for a while.

The fine line that we’re poking 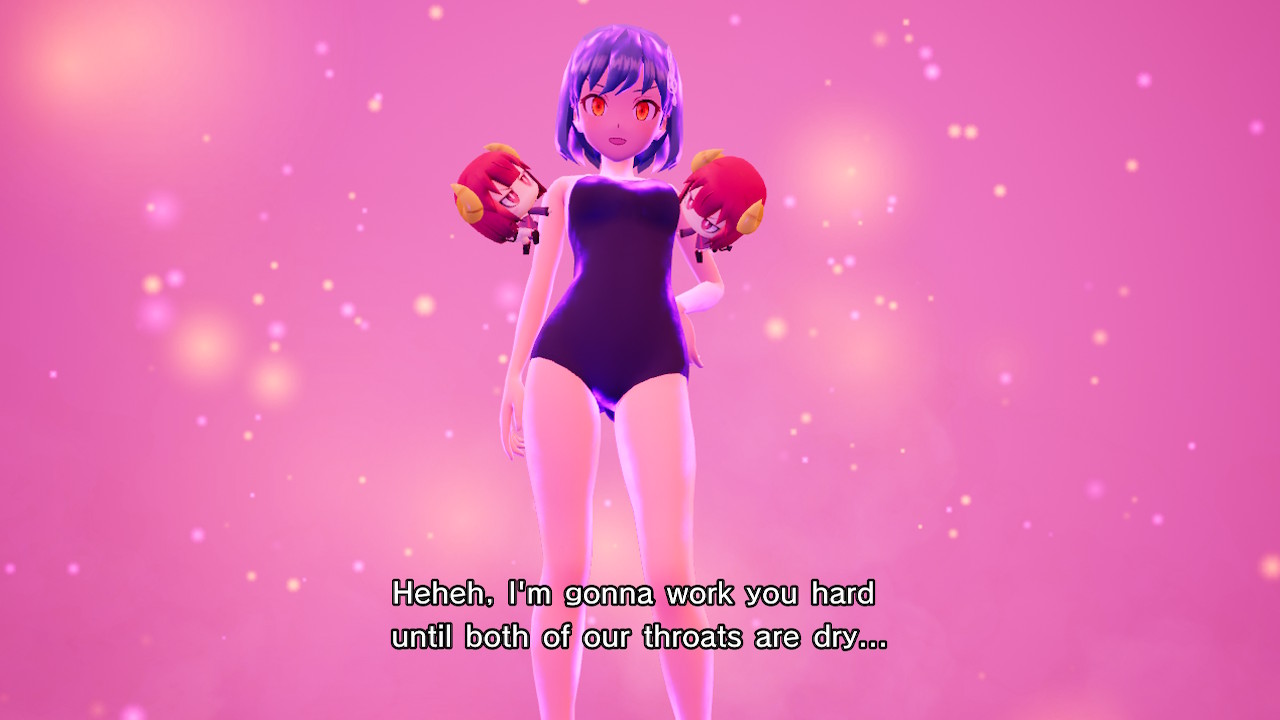 There is this fine line between art and explicit content that Inti-Creates does not hesitate to poke around in Gal*Gun 2 and throughout the game, we’ve been poking it multiple times.

From sucking up the clothes of girls, their moans, suggestive text, to the highly sexualised fantasize mode. The game made me thankful for the Switch’s handheld mode. It is not something I can image playing on the TV or even out of my room.

Yet, I think, as a result, the game will have its fair share of fans. 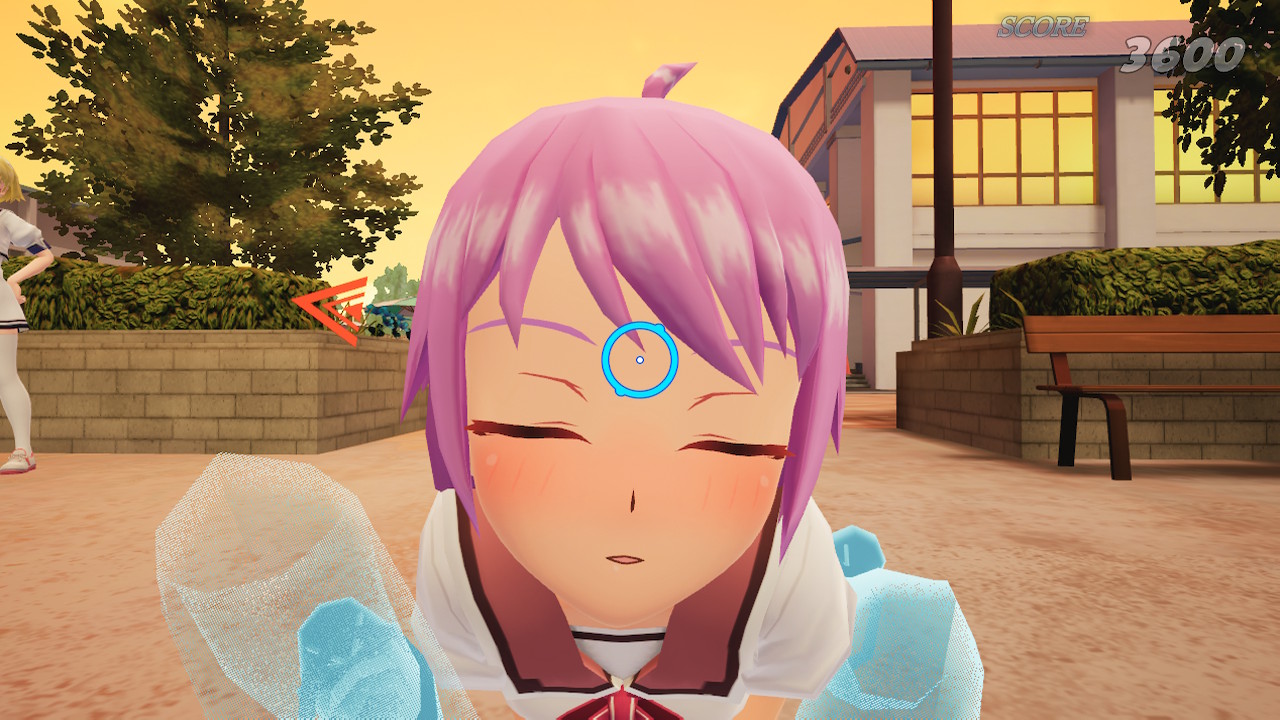 It is always hard to review a niche game, especially one that is as niche as Gal*Gun 2. There will be haters, there will be lovers. Looking beyond subcultures and conservative ideologies, Gal*Gun 2 is a game that can be repetitive with nothing much to do. However, it boasts a great storyline and voice-acting cast, which are what that save it as a game.

Then on top of that, depending on the lens which your eyes see through. Gal*Gun 2’s fan service is either the best thing to come to the Switch, or the most weeaboo filth to ever soil the Switch. Either way, nobody is forcing you to check it out, but it never hurts to do so… alone.

Verdict: You’re Mum’s Not Going To Recommend It, But It’s Not Because The Soup’s Not Tasty
Soup Temperature: 6

A review code was provided by PQube for the purpose of this review.

That’s not the end, throughout the game, I’ve taken a ton of screenshots for you the readers. So here are some, as much as possible, spoiler-free screens.