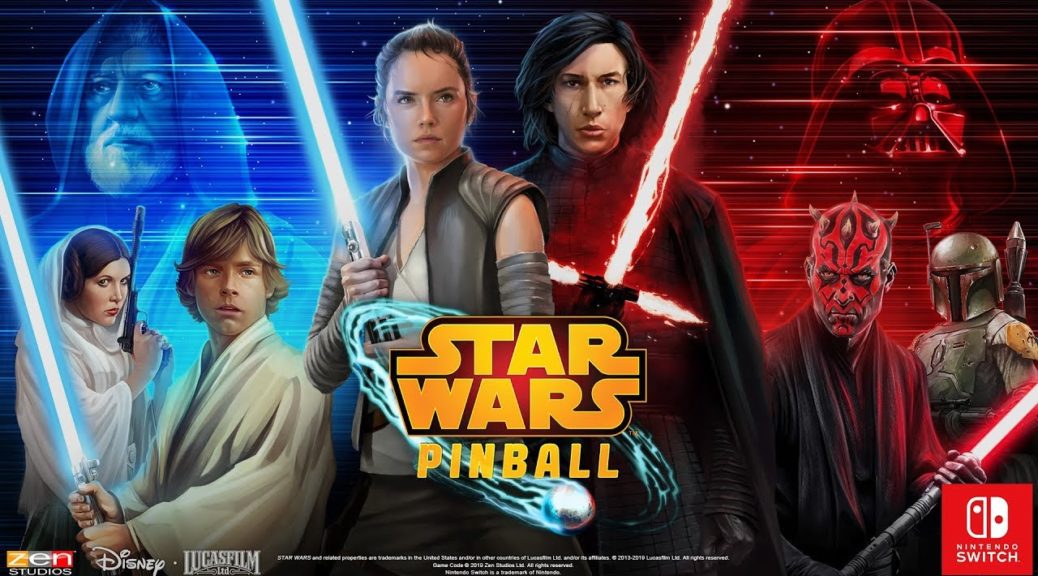 Every so often, you might find yourself yearning for something to unwind with on the Nintendo Switch. That can be challenging without an Animal Crossing game on the system for now – and with most Switch titles being 30-hour epics or plain shovelware, it might be difficult to find something you can pick up without the obligation to complete it. This was the dilemma I found myself in, until I experienced Star Wars Pinball. 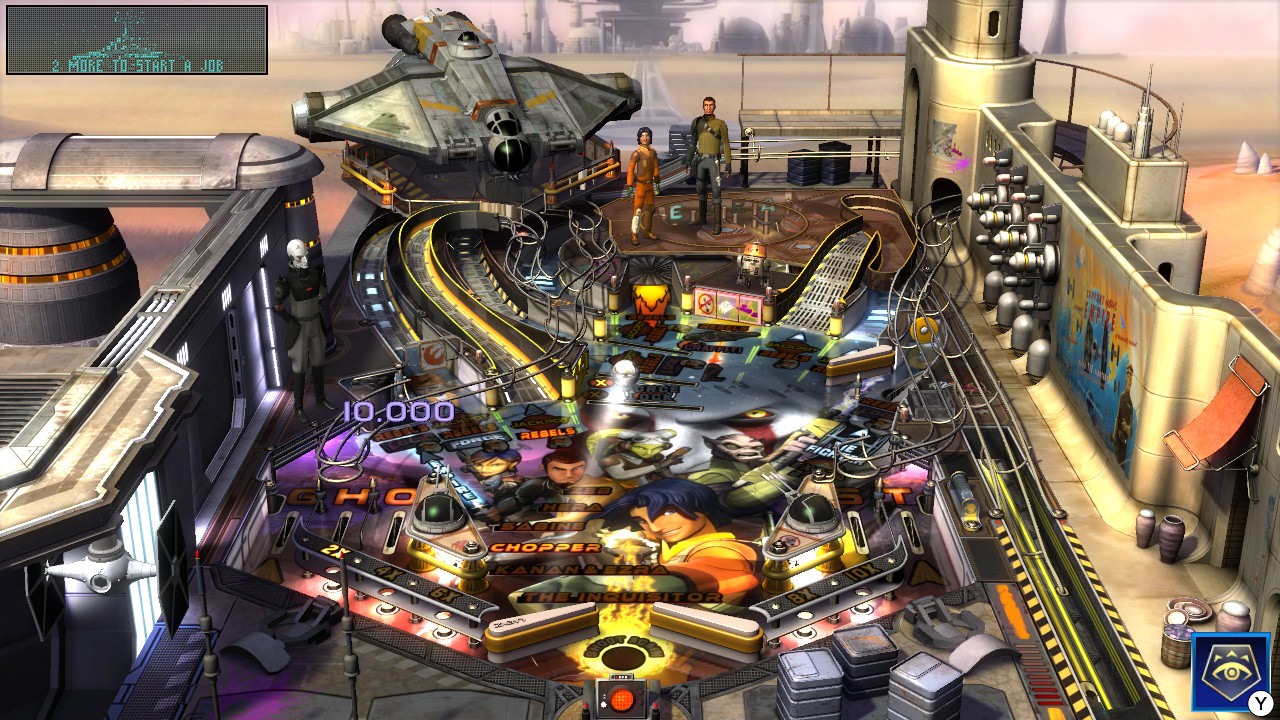 The concept of pinball needs no introduction – there’s an intrinsic joy to just racking up the highest scores possible. Sometimes you strike it big and reach the hundreds of millions, and other times you have to hope the next run fares better. Zen Studios definitely have a grasp on the physics of pinball machines that make such thrills possible – and Star Wars Pinball is no exception.

I’ll say this off the cuff: this is the best videogame pinball experience I’ve had in a very, very long while.

Every table is expertly tailored to both newcomers and veterans of the genre. Small touches such as tight pinball momentum will keep players on their toes, lest they lose their pinballs to the drain. Multi-balls careen off each other with a satisfying clack. I really can’t say the same for other attempts at the genre like Senran Kagura Peach Ball – where the pinballs feel floaty and yawn-worthy after awhile. 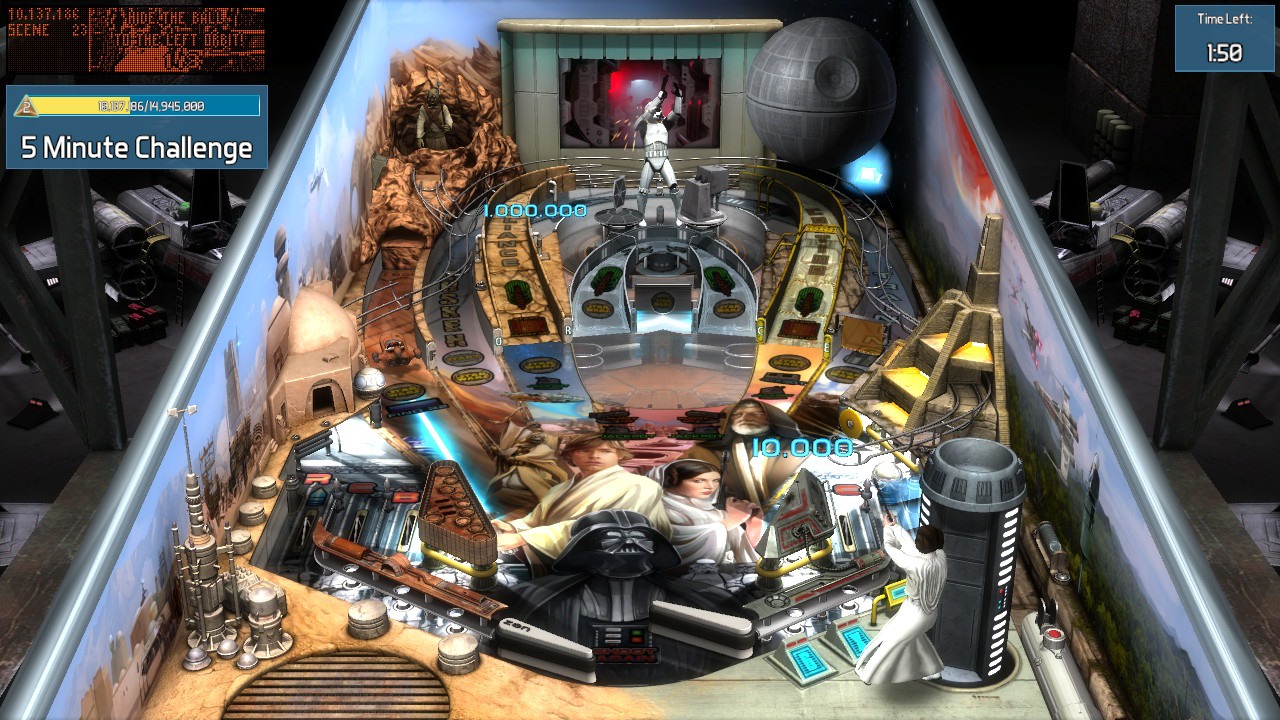 In short, the basic skeleton of Star Wars Pinball is probably its most underrated yet important selling point. You’re not just getting a facsimile of pinball here – Zen Studios’ work is the closest thing to the real deal.

In a Pinball Machine Far, Far Away 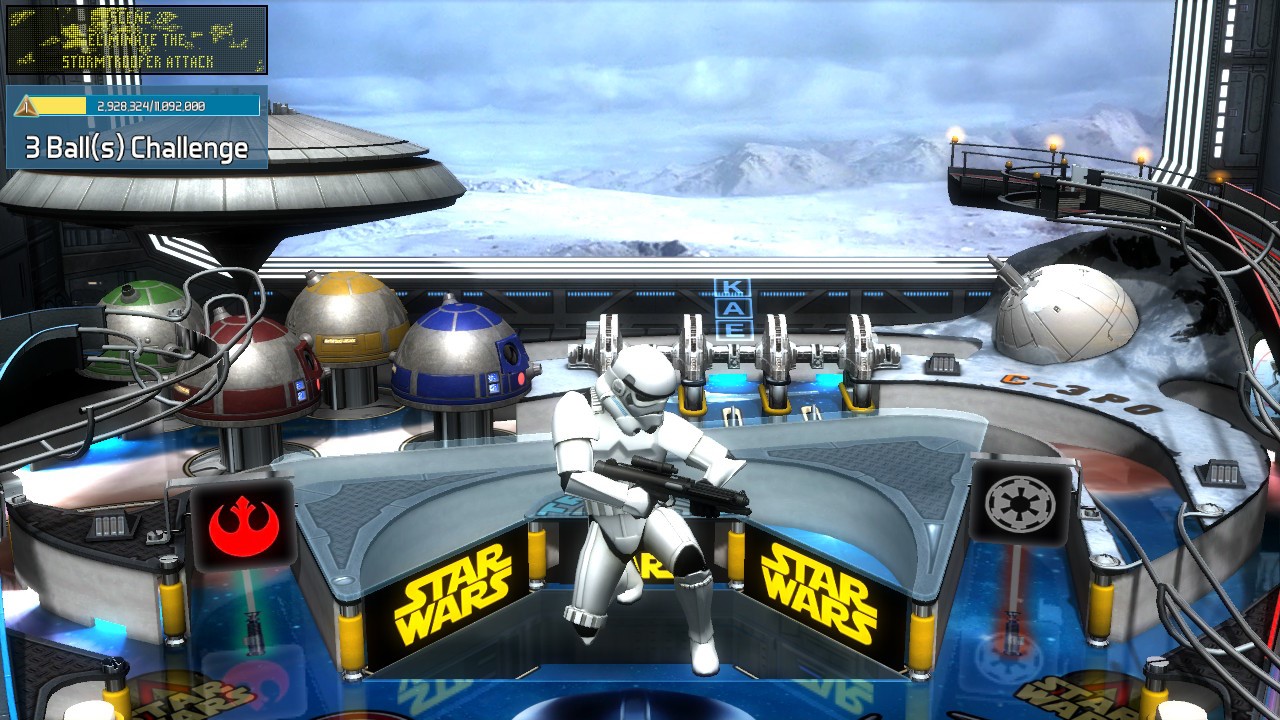 Now, on to the most important bit: how does the game fare for a Star Wars fan?

As someone who has followed all of the mainline movies and some of the RPGs (e.g. KOTOR) – it’s a decent selection. In total, the game features 19 different tables which span everything from A New Hope to The Last Jedi, and it even touches upon some of the TV spin-offs like The Clone Wars and Rebels. 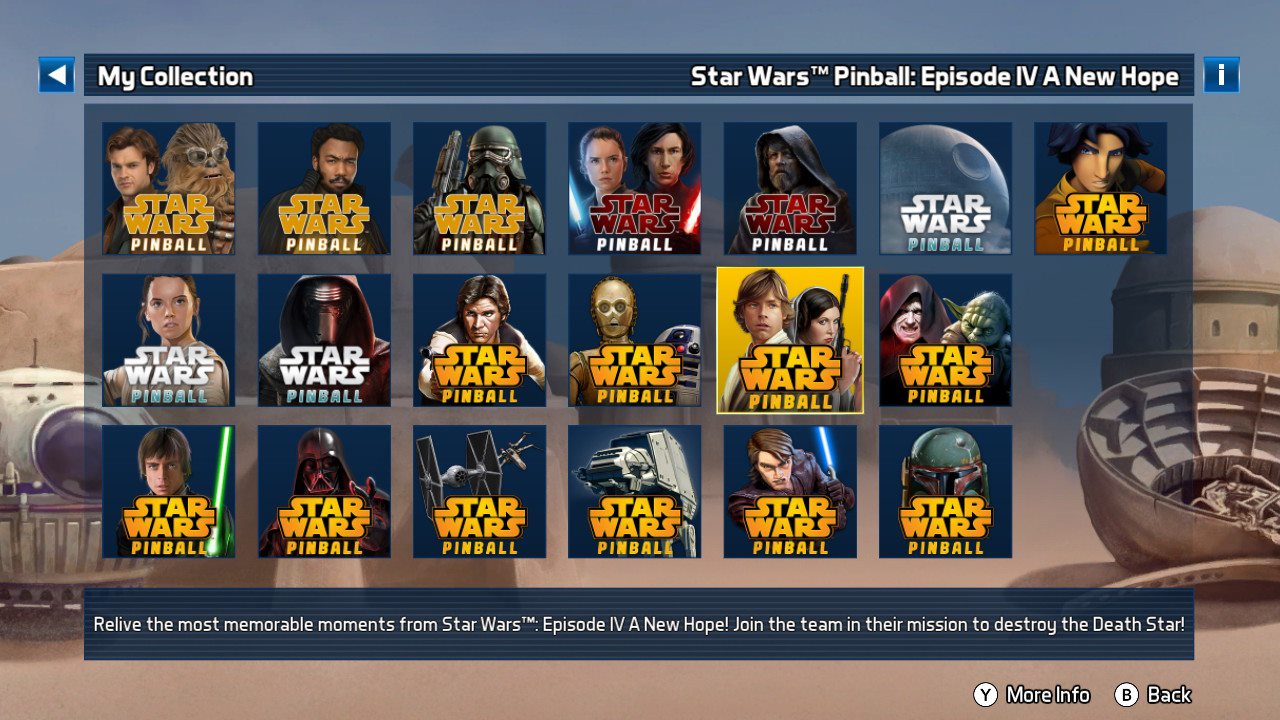 The fanservice on display in each table is also pretty palpable. Most tables feature different ‘scenes’ that players can activate mid-game, which will re-enact memorable moments from each film/show.

Some of these are standard ‘shoot the ball into this hole to capture the rebels’ and all – but I was also pleasantly surprised when one ‘scene’ let me duel Darth Vader in first-person! Another one also allowed me to play a short X-Wing shoot-em-up minigame. These little tidbits made exploring the various tables a blast. 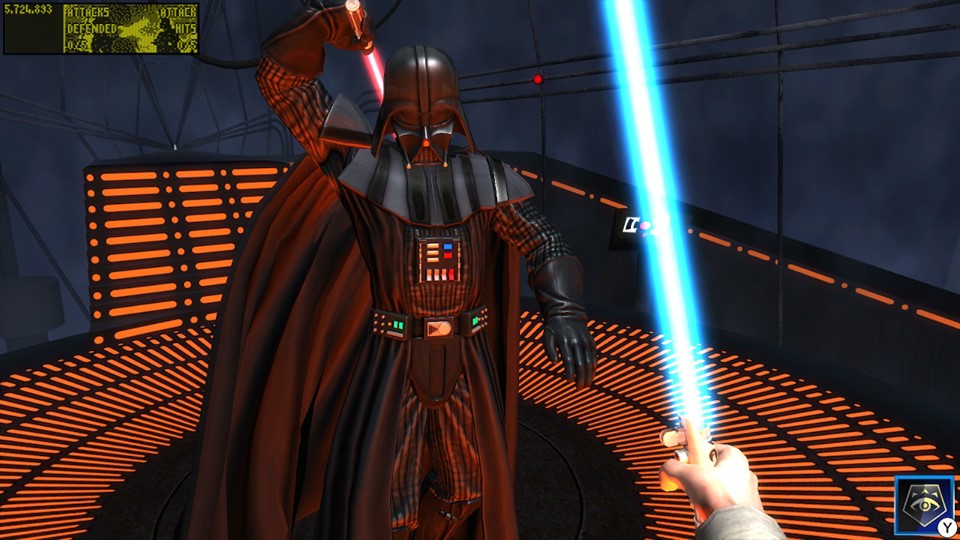 I guess the only setback with this collection is that it doesn’t cover the prequel trilogy. For as vilified as Episodes I-III are, I know lots of fans who love those films for their endless meme potential. I certainly wouldn’t have minded a Revenge of the Sith table, for sure.

That aside, Star Wars Pinball is a solid package for its price point of $29.99 USD. You’re essentially paying less than $2 per table, which you can play forever. 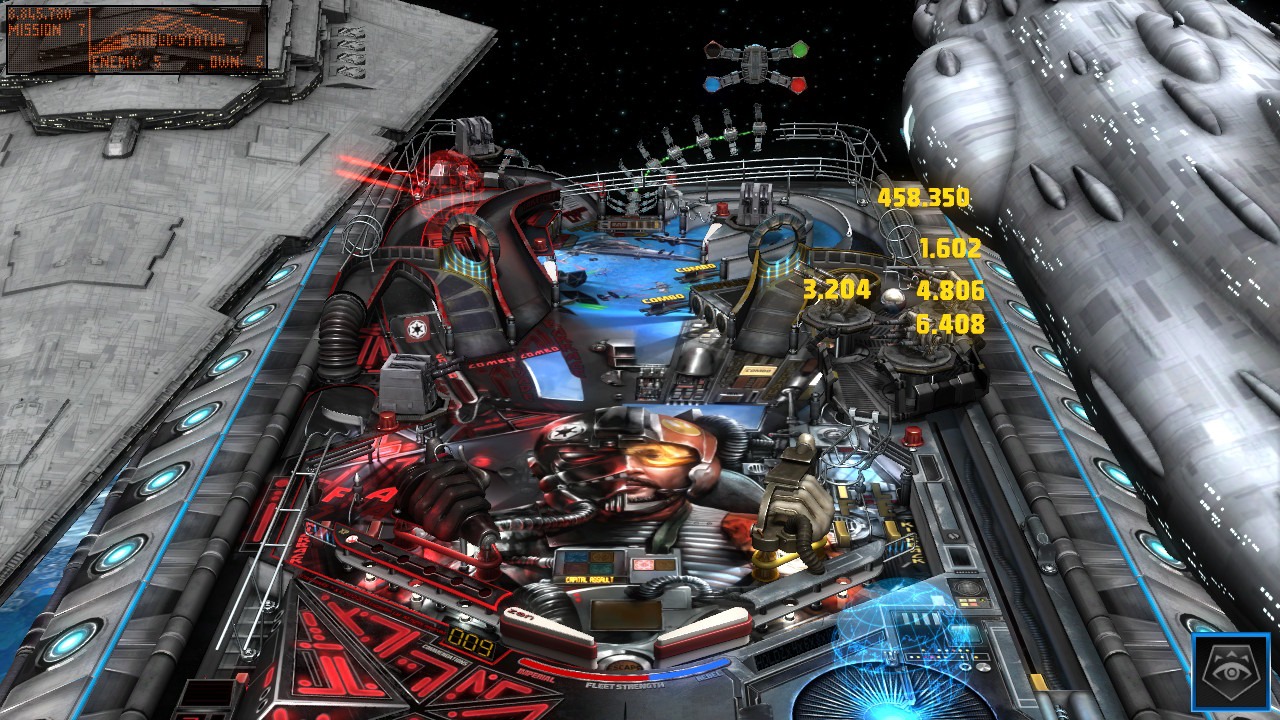 That’s not all there is to the polish in Star Wars Pinball, however.

A few special features are also included with the game. First and foremost, you can easily change over to TATE (‘vertical’) mode with a tap of a button on the main menu. This allows you to play each table with their full length visible – and it looks pretty incredible in one’s hands.

If you don’t have an accessory that allows you to mount your Switch vertically, you can even tap the touch-screen to use the flippers anyway. This is a really neat feature that greatly expands the usefulness of TATE mode to all players – and I definitely recommend that everyone try it at least once!

Next, there’s also a ‘Quick Play’ button on the main menu – which tosses players into a random table. It’s not a revolutionary feature, but it’s perfect for jumping into the game when you’re too tired or lazy to pick one table out of the many fun options available. Of course, it’s also a great boon when you’re gaming on the go.

This is one of the rare instances where I couldn’t really find anything to nitpick about a game. From top to bottom, this is a quality title that anyone with a decent budget should consider adding to their library. Zen Studios did an astounding job here, and they deserve maximum kudos. 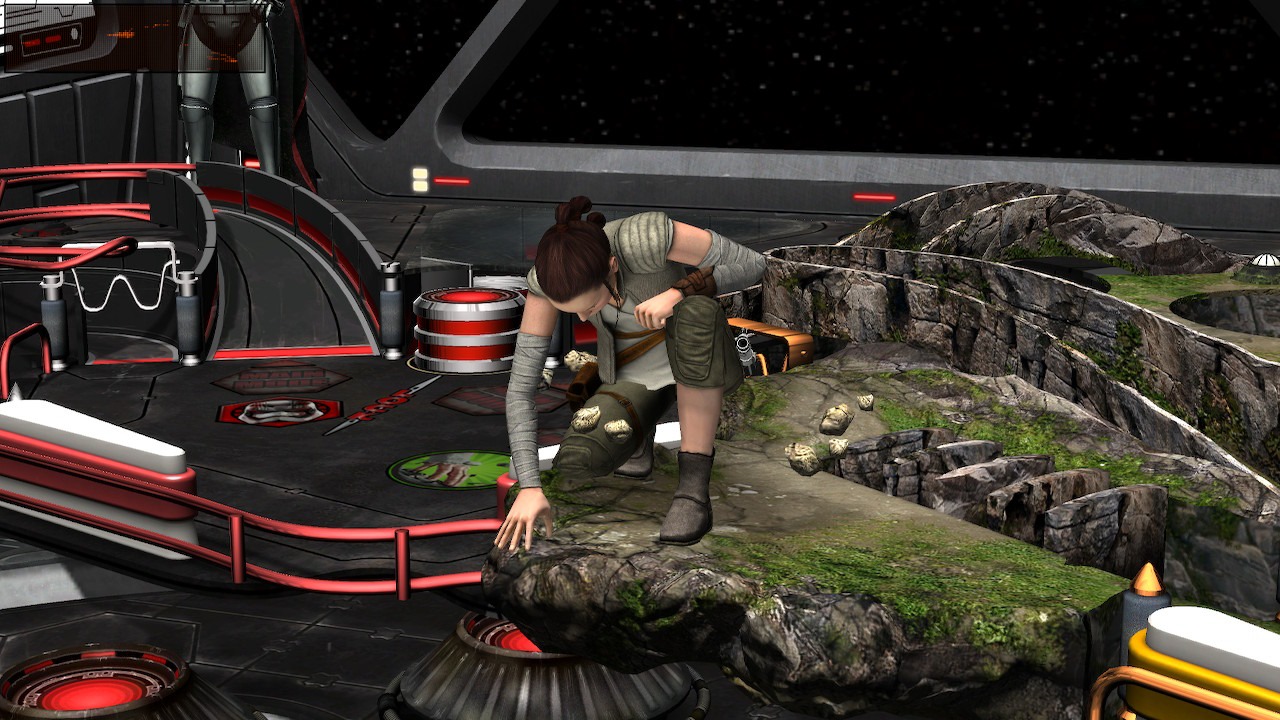 All in all, I was blown away by Star Wars Pinball. It’s pretty much at the top of its genre, and anyone with a remote interest in pinball games or Star Wars won’t be disappointed by what’s on offer. If you’re in need something to play in bed, give this little gem a shot.

The game is honestly at its prime in digital form, thanks to the ease of jumping into quick games. However, collectors can also grab the game in physical form at most retailers if they want to preserve the game for years to come. If it’s on sale for cheap, that’s even better.

The only real complaint I have is that I want MORE pinball collections from Zen Studios now. It’s an addiction that might stick around for a bit…

…well, at least until Animal Crossing: New Horizons siphons away all my laid-back gaming time next year. Yeesh.

Verdict: This soup is the true crème de la crème of all pinball servings on the Switch. Don’t settle for anything less!

A review copy was provided by the publisher for the purposes of this review.