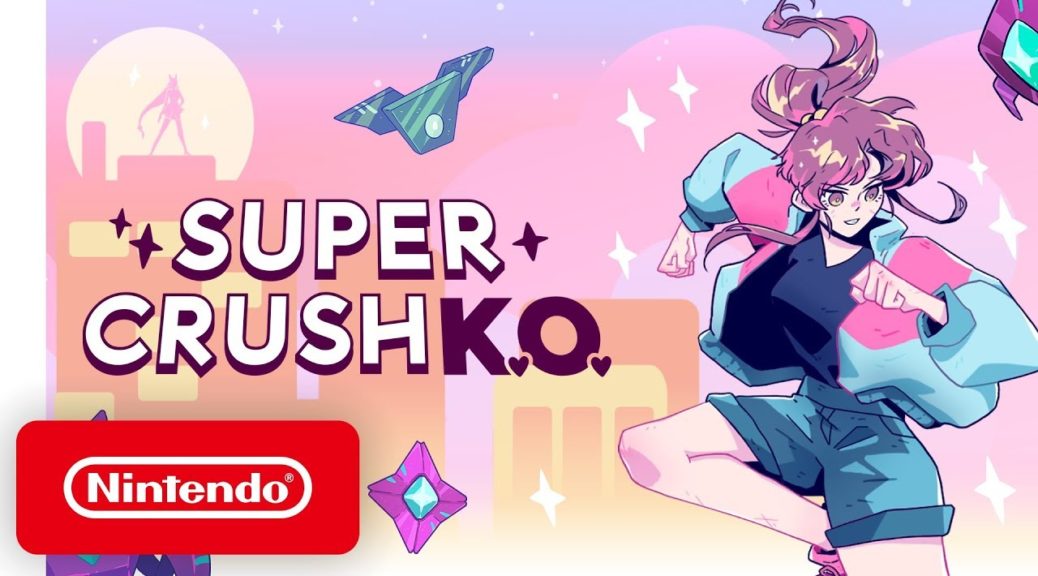 Time to save your cat! And the human race while you’re at it. Let’s take a look at what VertexPop’s newest release is all about.

Super Crush KO starts off like any regular day for cat lover Karen as she chills out on her bed with her feline named Chubbz. Then her room shakes as what appears to be an alien invasion blasts a hole in her wall.  An alien walks in through the hole with her blaster at the ready but drops it immediately to swipe up Chubbz which changes this apparent invasion into an abduction!

Karen picks puts on her jacket, ties her shoes, and grabs Ann’s discarded blaster dashing off to recover her cat. A very relatable beginning for any pet owner I assume. And so begins this brawling platformer.

As you begin your quest to rescue your cat, Karen learns moves she can use to take down enemies in a variety of ways. She can access these moves once she picks up four food items that are presented to the player within the first few levels of the game.

Twister Drill- a horizontal attack that skewers through enemies.

Uppercut Slice- an aerial attack that can hit enemies from below.

Air Pop- a diagonal air attack that can follow up Uppercut Slice naturally.

Ground Shake- a ground pound attack that momentarily stuns enemies after launching them into the air.

Aside from these moves, Karen has her basic punches and Karen’s blaster. Her punches also let her move enemies slightly off the ground if input correctly. And the blaster needs to recharge so it can only be used in short bursts. But once you collect enough special ammo, you can unleash a powerful laser beam that destroys all enemies caught in the blast. You can only use this a few times a level at most though so it’s mostly for emergencies or if you are being overwhelmed by enemies. 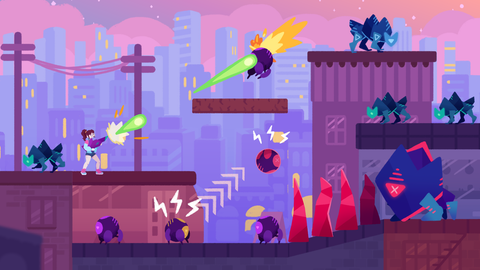 Speaking of enemies, they are all robots sent by Ann to slow you down as she tries to enjoy her time with Chubbz who she declares to be the cutest cat in the galaxy. Karen completely agrees with this but is not on board with having Chubbz being catnapped.

You have standard canine robots, orb robots that shoot energy balls at you, armadillos robots that roll across the floor, and huge robots which are usually near the end of levels that have their own gimmick as such only being vulnerable to melee attacks or shoot fire which damages you if you’re in the damage radius.

The incentive to destroy them all isn’t just to progress to the next area but also to charge your meter which you use for all the food based moves.  You collect purple particles from enemies once they are destroyed. If you run out, you can only attack with punches and your blaster. This provides some stakes and strategy before using your attacks.

Super Crush KO shares a similar artstyle to its predecessor, “Graceful Explosion Machine”. With a pastel color palette and neon outlines, the levels and enemies felt pleasant to look at compared to the harsh aesthetic that most brawlers tend to have. 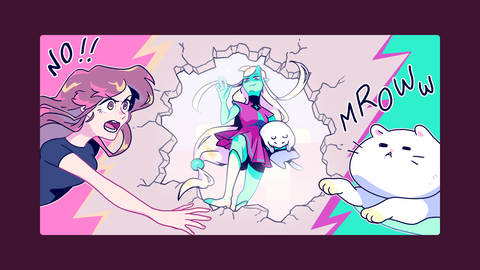 In my first impression of the game, I stated that it felt like playing Bayonetta in a 2D space and that’s still mostly true with the final game. The art style and setting definitely has its charm but those can only do so much when the core of the game stays fairly shallow.

My main drive quickly became just to not get hit in order to get a higher score. That’s because the game does a good job of indicating the moment you take damage and the moment you regain health so that you aren’t suddenly failing levels because it wasn’t clear that you were running out of life.

I just wish that the game introduced some kind of upgrades that could mix up the gameplay after a while because it could get stale. Karen learns all her moves within the first hour which is nice but also shows how small the game can feel by setting everything you’ll be using for the game so early.

I found myself putting down the game after beating a level because I didn’t want to wear out my enjoyment of the game since it’s limited in playtime.

The story has cute comic book style cut scenes throughout the levels with a few conversations between Karen and Ann but they come across as mildly entertaining and add very little to the plot.

While the aesthetics and the main characters are a welcome change to the genre, Super Crush KO becomes bland due to a lack of enemy variety, dull stages, and its’ charming but fairly static sound design. The game is split into 4 areas that are basically just the same design with different coloring. The bosses are pretty standard as well with large scale attacks that are rarely anything that hasn’t been used before in the game. 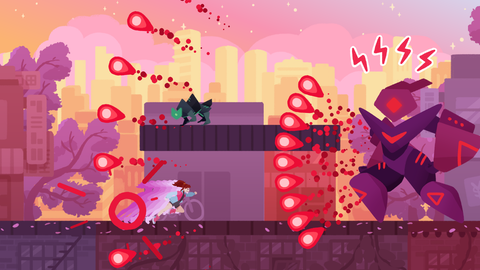 I can’t be too harsh with this lack of content though since the game only goes for $15 dollars on the eShop so it’s aim is not to be played for hundreds of hours unless you are looking to achieve greatness on the online leaderboard.

Some potential value that I wasn’t able to gleam much from the game was the high score sharing function. At the end of each level you are given the option to upload your score online if you are connected to the internet.

This lets you compare how long it takes you to beat the level, the amount of hits you took, and the number of perfect combos you perform. You also get a 10% penalty on your score total for each time you use a continue with a stock of 5 continues available per level. These reset once you exit to the level select screen.

So if you’re the competitive type who really wants to master this game, this might be an avenue to accomplish just that.

I would say that overall, Super Crush KO is a fine game with some potential to mix up how people view brawlers but the personality it sets up in the beginning fails to deliver throughout the game. If you’re an experienced player, this brawler is likely not for you but I would recommend it as a pleasant start for people who are new to the genre like myself. Comparing scores with other players online is a nice touch but there’s not much to get out of this game after beating the story.

Super Crush KO is available today from the Nintendo eShop.

A review code for Super Crush KO was provided by VertexPop for the purpose of this review.