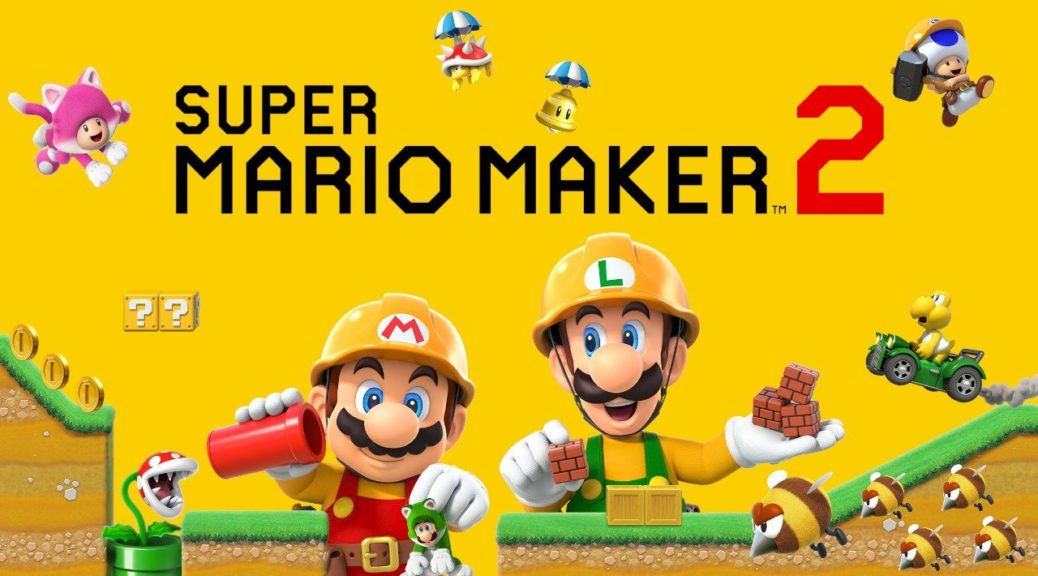 Come February and Nintendo has officially announced Super Mario Maker 2 – not an exact port, but a sequel to the original Wii U Super Mario courses level creator game, which, according to Big N, adds even more tools, items, and features. It also makes sense to release on Switch to take advantage of its capacitive touchscreen!

So what’s new about Super Mario Maker 2? Well, for starters, Nintendo has now added a Story Mode, apart from the usual level creator called the Course Maker. Of course, the Course Maker definitely is still the core of the game itself. As before, Nintendo has made it clear that the sequel can also be enjoyed in two different ways. By the way, when you launch up the game you’ll immediately be greeted by a pre-made course, just like the usual Super Mario 2D courses, right at the title screen. What’s surprising about it is that you can readily play it! 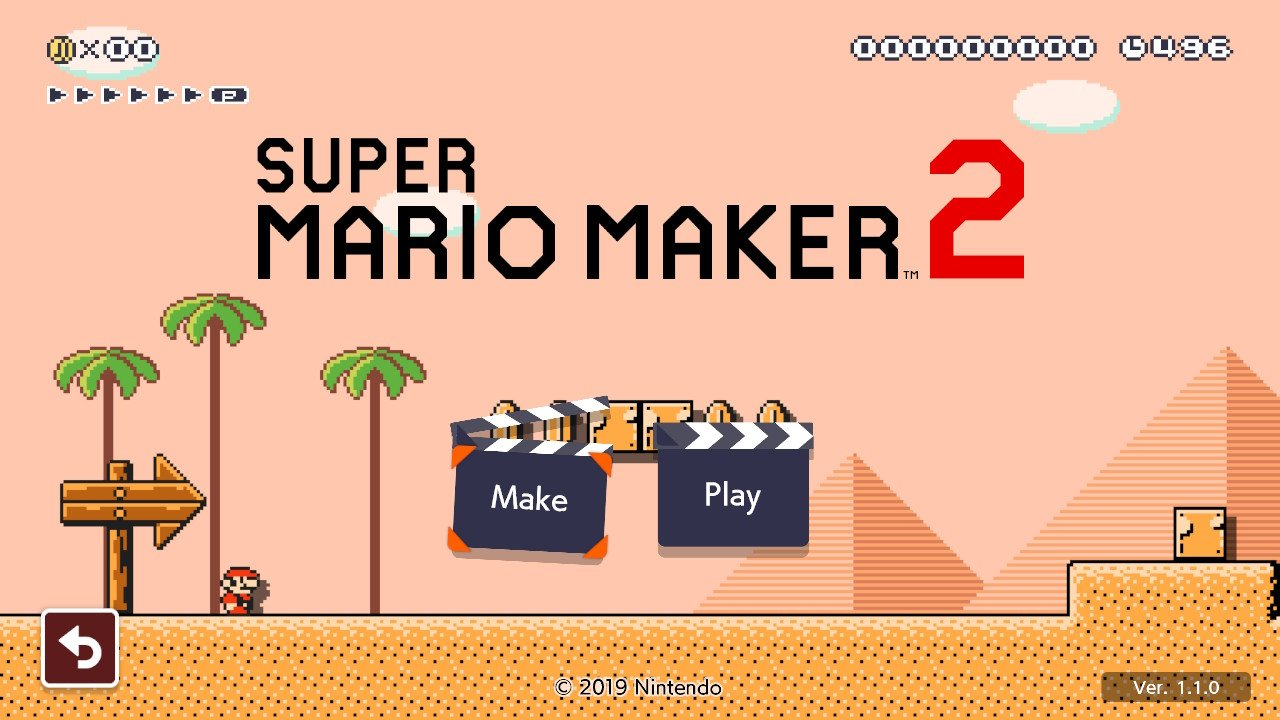 From the title screen, players may choose however they want to tackle Super Mario Maker 2 – they may select either between “Make” or “Play.” Choosing “Make” will immediately open up the Course Maker, complete with all the tools, themes,  and game styles right from the get go. Select “Play” and three features will appear under its umbrella. This includes the Story Mode, the Course World, and the Coursebot. 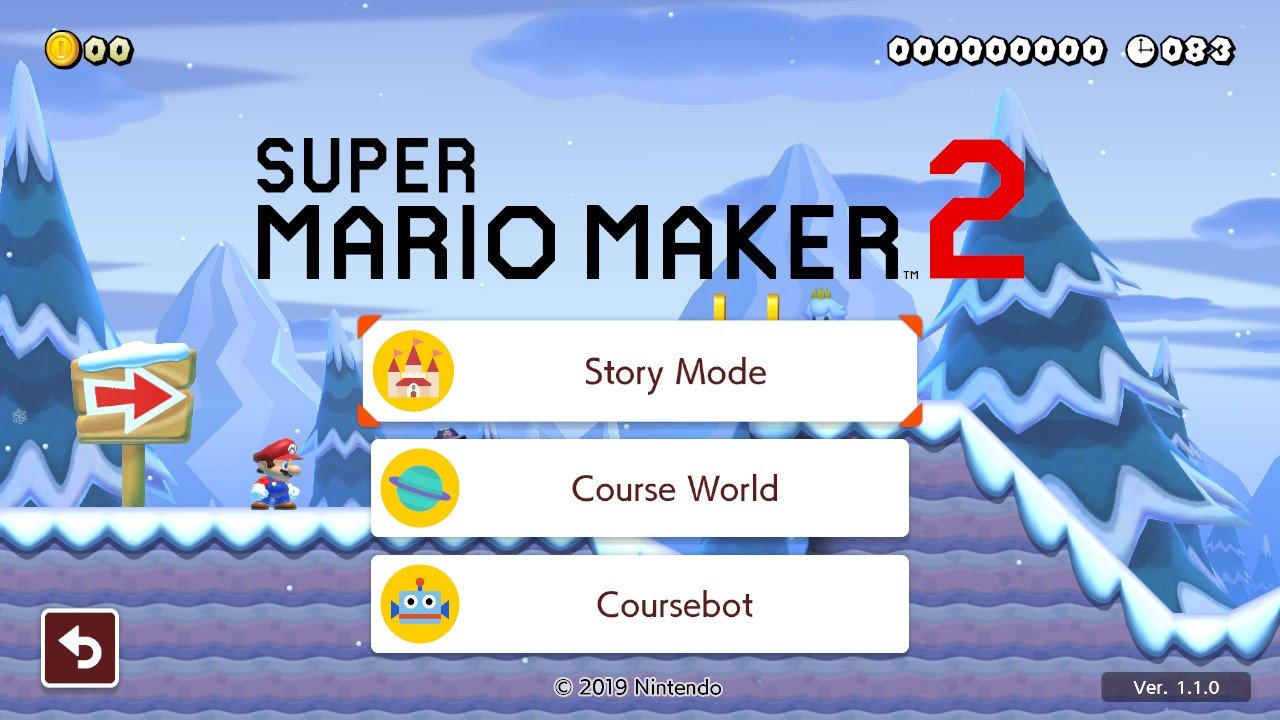 If you’re not much of a “maker” and instead want to experience the variety and complexity of the pre-made courses, here’s where you want to be. However, before anything else, I would want to say that I am quite impressed with how the team at Nintendo thought up the designs for each pre-made course. They are all very well-designed, some a bit frustrating, but satisfying and enjoyable, nonetheless.

In Story Mode, you play as Mario as you strive to rebuild Princess Peach’s Castle in a mini 3D overworld which acts as a hub as you take on jobs in order to earn some coins for the reconstruction. These ‘jobs’ per se are actually the pre-made courses that players will have to complete as requests are made available throughout the course of the story. Once a segment of the castle gets reconstructed, more courses get unlocked as well as some interesting areas of note in the small overworld. Unlock them all via the Taskmaster and you get about a little less than 120 pre-made courses in total. 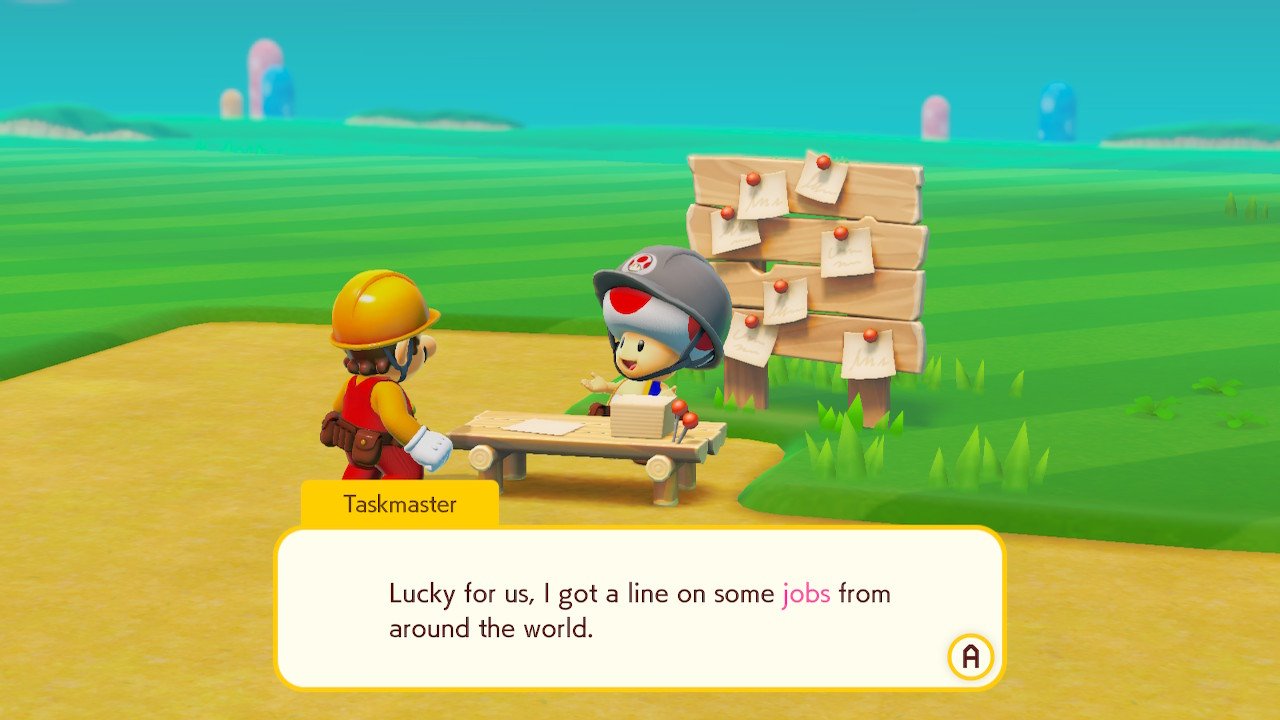 These courses vary in difficulty which is indicated by the number of stars – one star being the easiest with four stars being somewhat hard. The harder the course, the more coin rewards you get. However, one good thing about the Story Mode is that you do not have to play all the courses just for you to earn the number of coins you need. In fact, you can revisit the courses you already completed and gather the coins you need from them. There are two ways for you to earn coins – one from the reward given by completing the course and from the coins you gathered from playing through the course. You can do these as many times as you want. 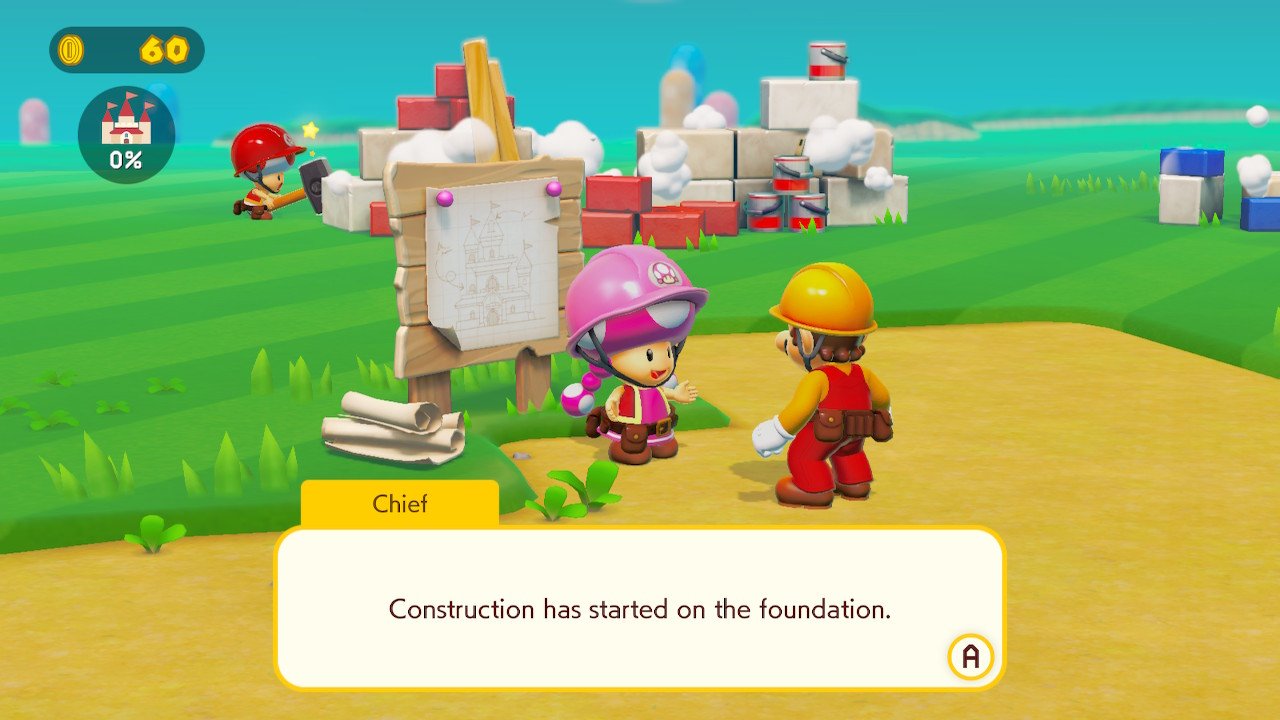 Lastly, to put it out simply, Super Mario Maker 2’s Story Mode can be finished in one seating, maybe it’ll take you about five or so hours to go through the whole story until your objective is complete. Basically, the Story Mode’s pre-made courses act as an introduction to show players how the objects in the Course Maker work when put together. It’s like a tutorial of sorts which give ideas and inspiration to the would-be maker. 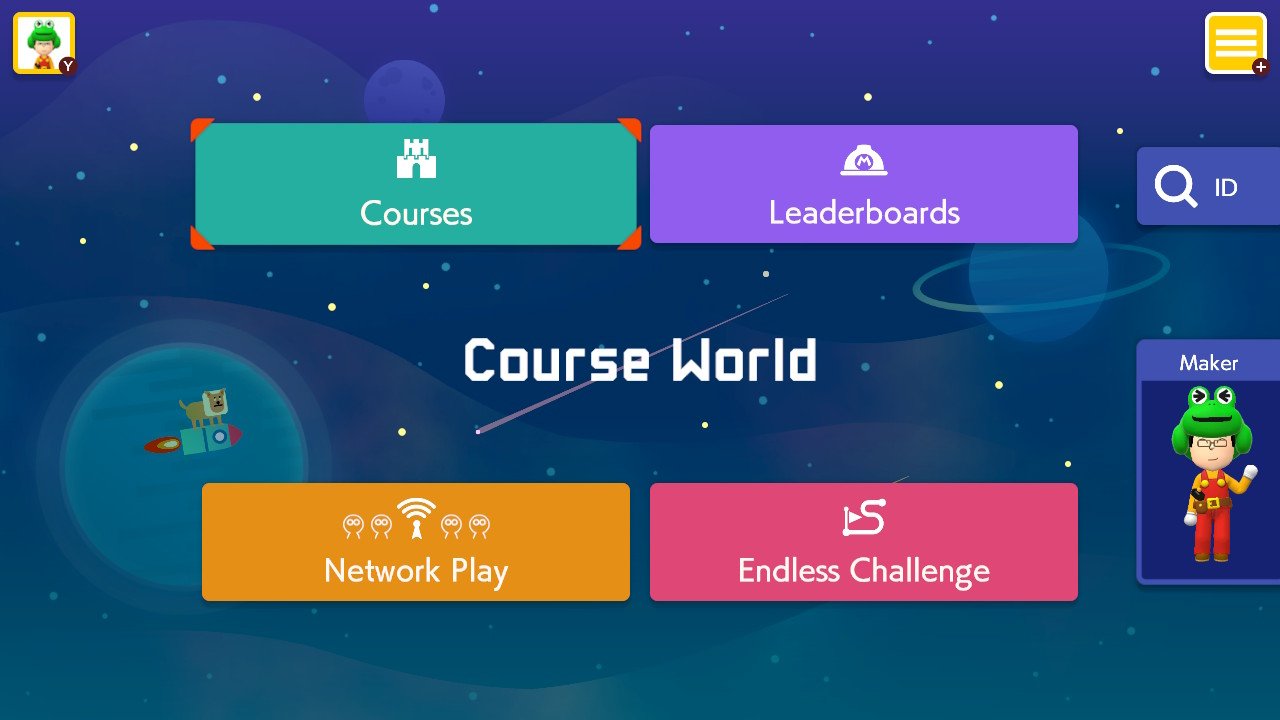 If ever you found yourself unsatisfied with the courses from the Story Mode and wanting for more challenge, you go into the Course World. Here you’ll find four options: Courses, Leaderboards, Network Play, and Endless Challenge.

As the name suggests, in Courses, you’ll find a myriad of player-made courses which would definitely test out your wits and platforming experience. It’s an easy to use hub where courses are categorized according to popularity. You also get to filter out your search depending on your preference. It is also worth to note that in version 1.1.0 update, players can now select “Play Together” directly from any course uploaded to a player’s profile. A neat feature which makes playing together easier to set up than before. 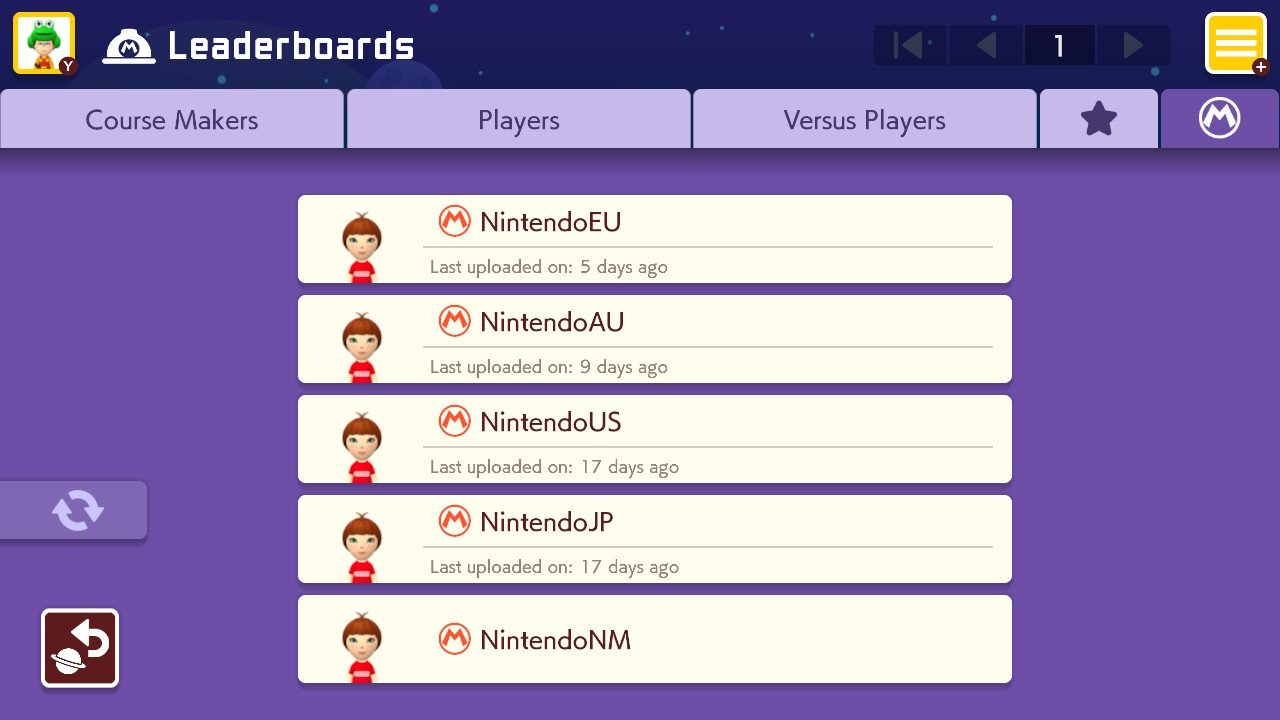 Going to Leaderboards will allow you to see the Course Makers whose courses have a lot of plays. In version 1.1.o update, Nintendo has added the Official Makers list which includes courses specifically made by Nintendo themselves. If you want to play cooperatively or competitively against players globally or nearby, Network Play is the place to go. This mode lets you play with up to three more players.

Lastly, the game offers the Endless Challenge mode which challenges players to clear as many random courses as possible. In this mode, you can select among four difficulty categories, and once you’ve started you have to survive as long as you can. 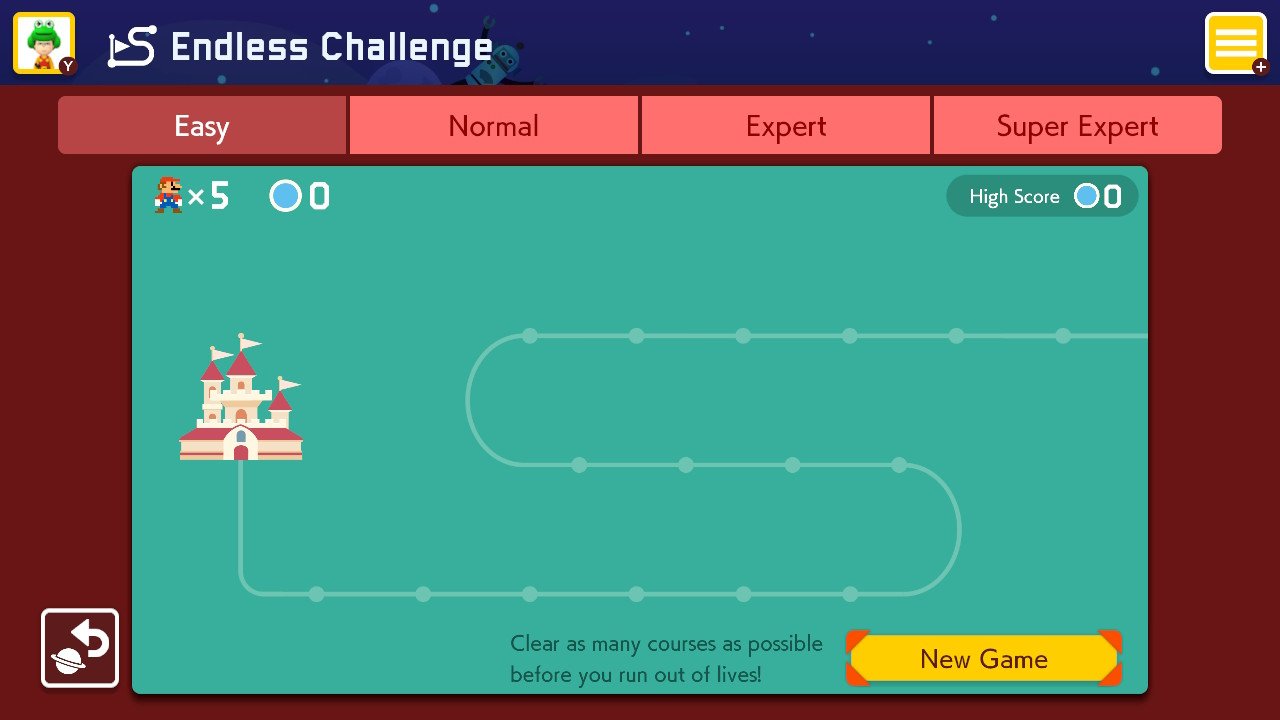 All the modes mentioned above will make use of the game’s online capability. However, if you will be taking your game on the go and does not have access to the internet, you may download your favorite courses and these will be saved and displayed in the Coursebot. This mode also acts as a manager for your personally created courses. Here you can also edit your courses, rename them, and add further descriptions, as well as upload them. 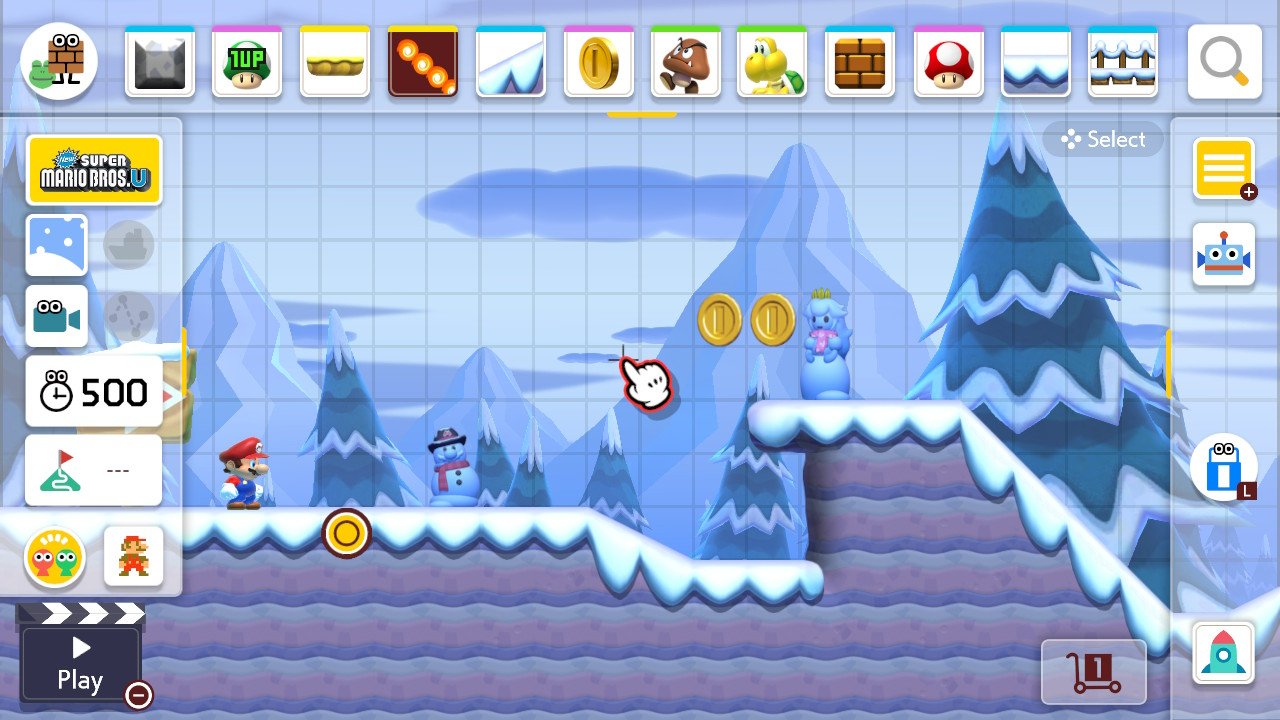 If you’ve previously played the original Mario Maker, the interface for the custom course creator stays more or less the same. One big difference is that, now, all tools, themes, and game styles are readily accessible and usable from the get go. If you’re in for some creativity (and wickedness), the custom Course Maker is just the platform you need. It’s very intuitive and easy to understand. Even my non-gamer sibling was able to make her course even without going thru the tutorial.

However, one gripe I have about the creator platform is that sometimes objects or some features can be a bit tricky to use. While there’s a tutorial of sorts in the form of “Yamamura’s Dojo” and with the Story Mode helping to show how things work, they do not actually explain every bit of feature or tool in detail.  It’s like Nintendo wanted players to discover things on their own. That said, this makes it a bit problematic as some features are somewhat confusing to use, and it’s not easy figuring out by yourself. If only Nintendo added something like a glossary or a manual for players to look up to when things get confusing, it would be a whole lot easier, especially for beginners. 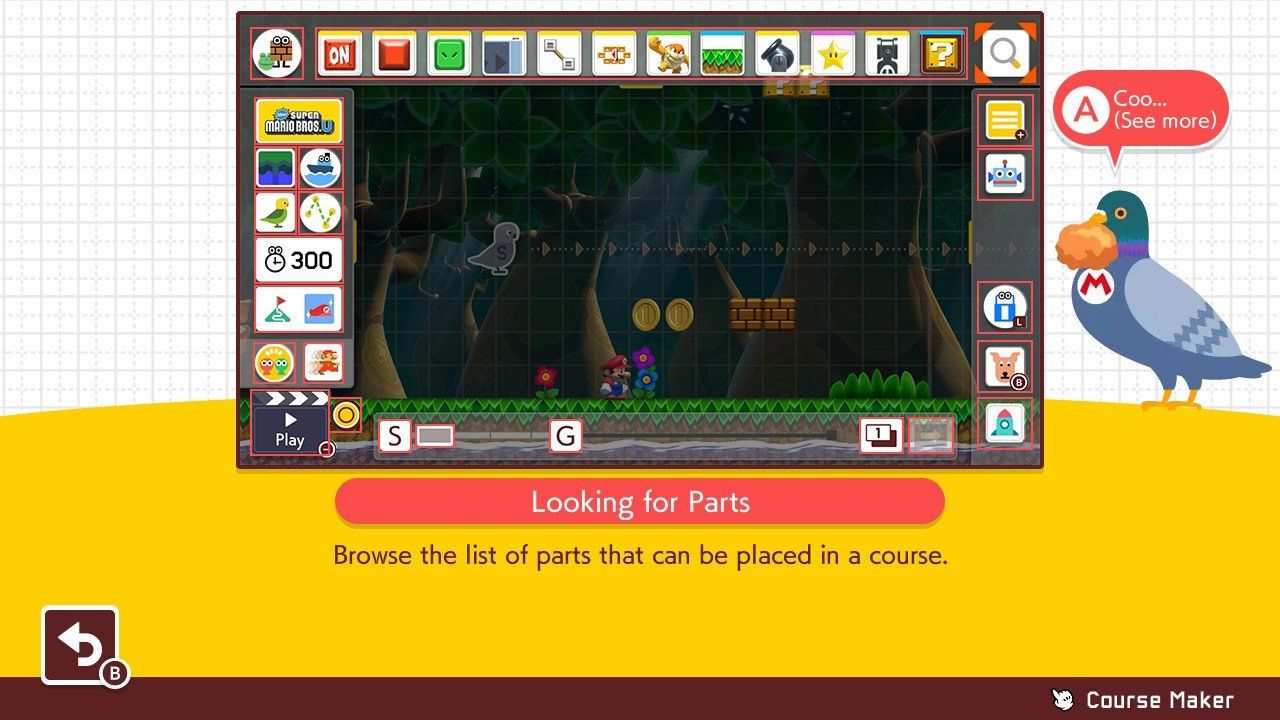 If you’re looking for a Mario Maker definitive edition, Super Mario Maker 2 would be the most definitive and the most complete Mario level creation game you will ever need. It vastly improved the features of the original, sprinkling in nice quality of life add-ins for a better and smoother experience. Switching between play options and features is a breeze. You can switch between playing and creating just by pushing a button, furthermore load speeds are fast. With regards to the Notification feature, it’s as easy and simple as checking your social media account. Definitely, if you’re a 2D Super Mario platformer buff, there’s no way you’ll ever let this game pass you by. It’s a must-have.

VERDICT: A fresh take on a sumptuous and rich soup following an already proven and almost-perfect recipe.

A review copy was provided by the publisher for this review.