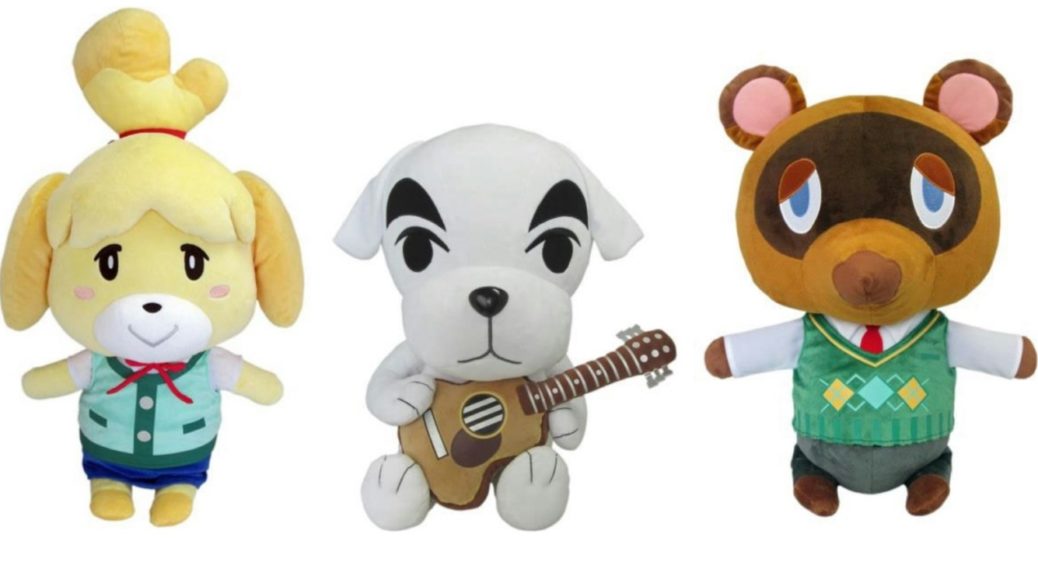 The first gigantic plushies coming to Japan are Isabelle, K.K. Slider, and Tom Nook. They are 60cm, 53cm, and 48cm tall respectively. All three plushies will launch in March 2020, just in time for Animal Crossing: New Horizons.