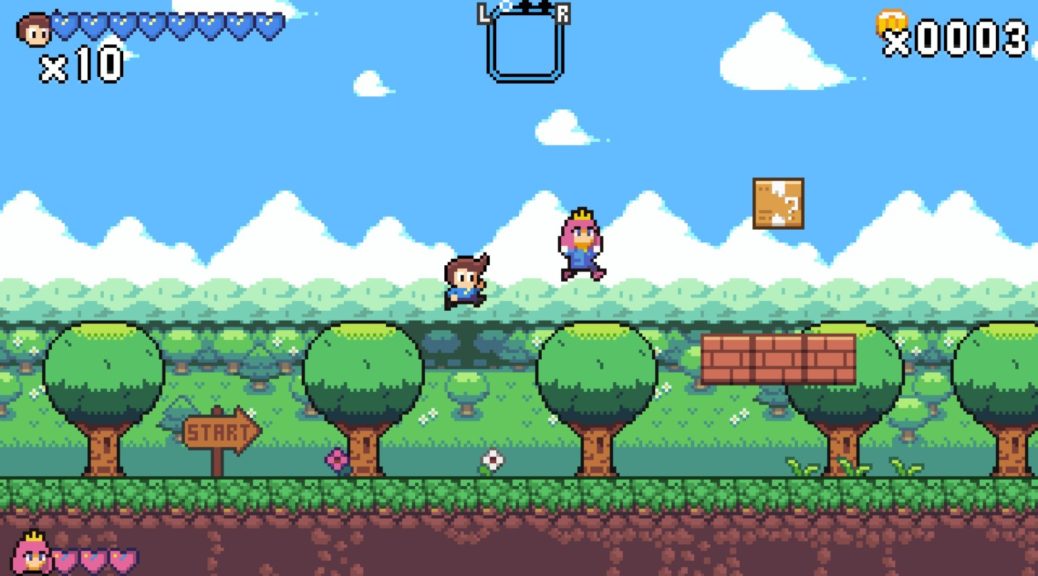 Developer Cross Game Studio has announced that their new platformer Glitchfall will be coming to Switch.

Glitchfall is a 2D platformer whose main gimmick is the ability to “glitch” the game in order to progress through levels. While no release date for the game on Switch has been announced yet, Cross Game Studio has been posting numerous developer updates on Twitter, which can be found here.

Kibo City has been through some remodeling! But there is still one more thing to add. An abandoned nightclub! it used to be quite the hip joint back in the day. And not only because its owner and lead comedy act was a skeleton!? #indiegame #NintendoSwitch #pixelart #RETROGAMING pic.twitter.com/RlLGmAgMzY

Glitch yourself up to higher places using the Glitchblock power-up! (Can also be used to hit stuff!) #GLITCHFALL #indiegame #pixelart #SwitchCorps pic.twitter.com/mrhDIusqXe

Should I implement local co-op? I wonder if it would be worth the development days needed…? #IndieGameDev #Glitchfall #indiegame #NintendoSwitch #ps4 #Xbox #pixelart #gamedev #steam pic.twitter.com/rxjo66uML0