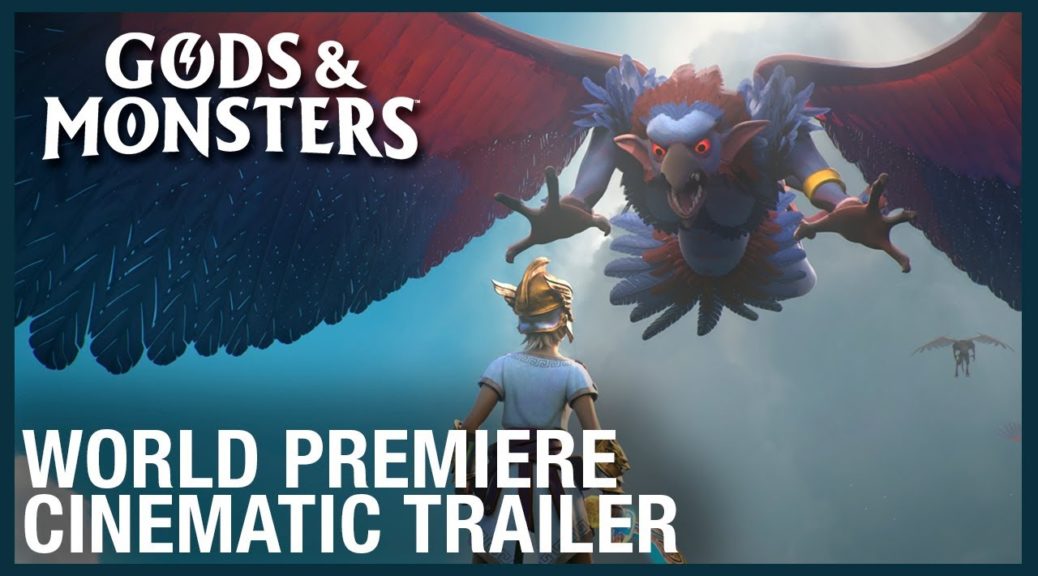 During Ubisoft’s E3 2019 conference, it was revealed that a new IP called Gods & Monsters will be making its way on to Nintendo Switch in February 2020.

In Gods & Monsters, the Greek gods have fallen, and it’s up to Fenyx, a hero forgotten by myth, to see them take their place atop Mt. Olympus once again. The Isle of the Blessed has been taken over by Typhon – the deadliest of all Greek monsters – and you’ll need to defeat him and his army of dangerous mythological beasts to restore order. To accomplish this, you’ll have to overcome puzzling trials, traverse treacherous dungeons, take on legendary quests, and battle Greek mythology’s most lethal monsters in this open-world action adventure.

In addition to relying on your own formidable capabilities, you’ll need to seek help from the gods and their divine powers, every one of which you’ll need to wield to defeat Typhon and his army of gorgons, harpies, cyclopes, and other mythical monsters across a lush, mysterious open world with a look that evokes painted storybooks.

Over the last 10 years, I have had the chance to be part of an incredible team that has pushed the limits of Assassin’s Creed to explore historical periods from a unique angle, but our imagination has always been bound to the reality of the history books. Through our work on Assassin’s Creed Odyssey these past four years, our minds have lingered on another aspect of our history – mythology. Today, with Gods & Monsters, the tales we all love and know so well become a reality to be explored like never before