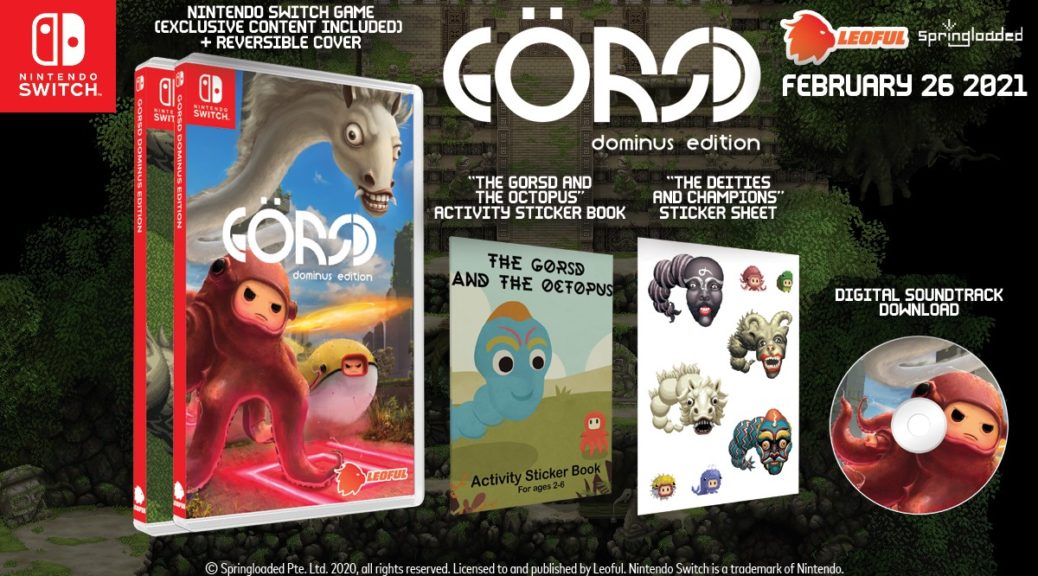 Publisher Leoful has announced that it will be publishing a retail edition of the arena battle game for Nintendo Switch within Asia, with a release date of 26 February 2021. You will be able to pre-order a copy from the NintendoSoup store over here (with free worldwide shipping).

The physical package will contain a reversible cover, activity sticker book, sticker sheet, and a digital download code for the game’s soundtrack. Additionally, the game cartridge will contain exclusive digital content in the form of “The Library of the GORSD” – where players can find in-game artwork and a backstory.

Check out more details below, along with the game’s trailer:

GORSD Dominus Edition launches in Asia on February 26, 2021, with pre-orders starting today. The Dominus Edition includes the GORSD base game and exclusive in-game content known as The Library of the GORSD, where players get to explore the game’s artwork and backstory. Included inside the box are a Reversible Cover, “The GORSD and The Octopus” Activity Sticker Book, “The Deities and Champions” Sticker Sheet, and Digital Soundtrack Download code. 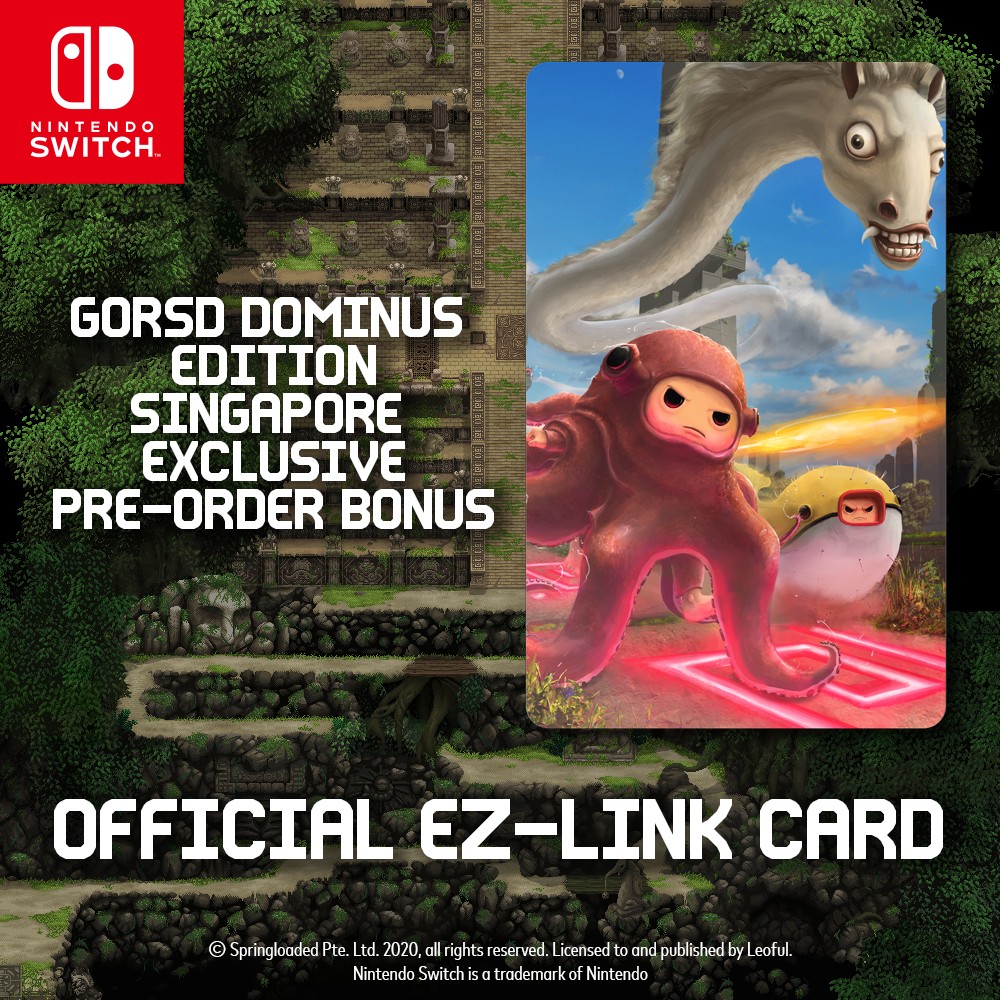 Pre-orders of the GORSD Dominus Edition will also come with an official EZ-Link card in Singapore. Quantities are extremely limited, while stocks last. Please check with your retailer for information on availability.

GORSD is an arena battle game full of speed, tactics, and terror, set in a universe of corrupted deities!

GORSD has both a single player adventure mode, and a multiplayer couch battle mode for 2 to 4 players. To win you must own the map and defeat your enemies with just one bullet, which is as deadly to you as it is your enemies! In the adventure mode, explore a dark temple and overcome the challenges set by your creator “Ludum Properamus”. Only after a great struggle will you earn the ultimate reward, and be crowned the “Champion of the GORSD”.

Compete with up to 3 players in intense battles such as “Death Match” and “Domination”, and unique modes like “Hunter” and “Bullet Paint”.

Exclusive to the GORSD Dominus Edition is The Library of the GORSD. Play as Gonky and explore the artwork, sound, and backstory for the game. Read text from the developers, and experience some of the content that was cut from the game.