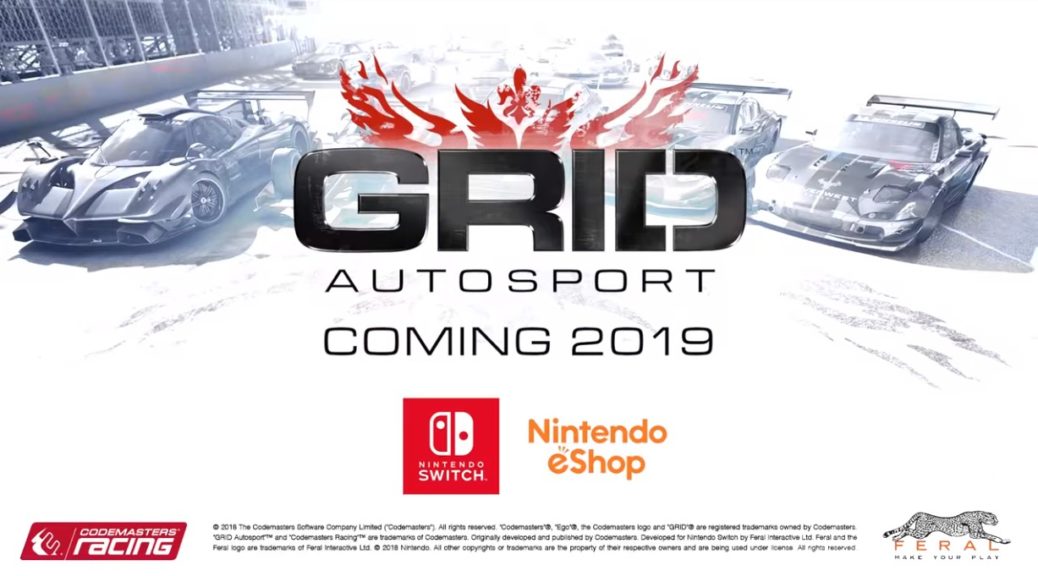 The critically acclaimed AAA racing game, Grid Autosport, has been revealed heading to Switch eShop in 2019.

Codemaster’s Grid Autosport will debut as the first full racing simulator on Nintendo Switch. The game enjoyed mostly positive reviews during its initial release in 2014 for PC and consoles and until Feral Interactive ported it to mobile devices.

There is no mention of a physical release yet but we’ll update you as we catch more details.

Check out the announcement, reveal trailer, and details below:

GRID Autosport challenges players to become pro-racers, mastering motorsport’s most exciting cars on the world’s most thrilling circuits, from the Indianapolis Motor Speedway to the city streets of Barcelona. With customisable difficulty and a range of driving disciplines, GRID Autosport delivers an irresistible mix of realistic handling and high-speed thrills.

“GRID Autosport’s AAA production values and deep yet accessible gameplay will make it a fantastic addition to the Nintendo Switch,” said David Stephen, Managing Director of Feral Interactive. “Following its success on iOS, we’re thrilled to bring it to Switch players.”