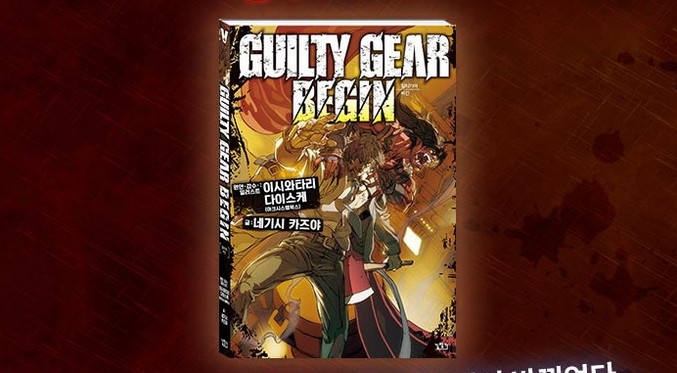 Launch copies of the standard edition include a 20th anniversary pack logo sticker: 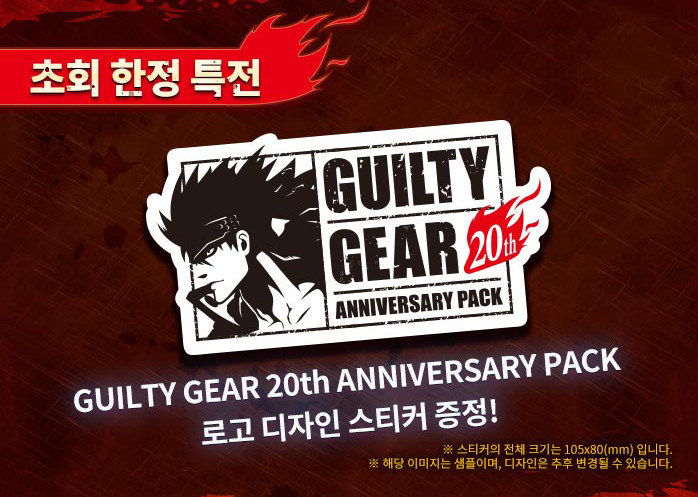 Limited Edition pre-orders also include the Guilty Gear Begin book in Korean. The book will be offered for sale at retailers starting June 15, 2019. 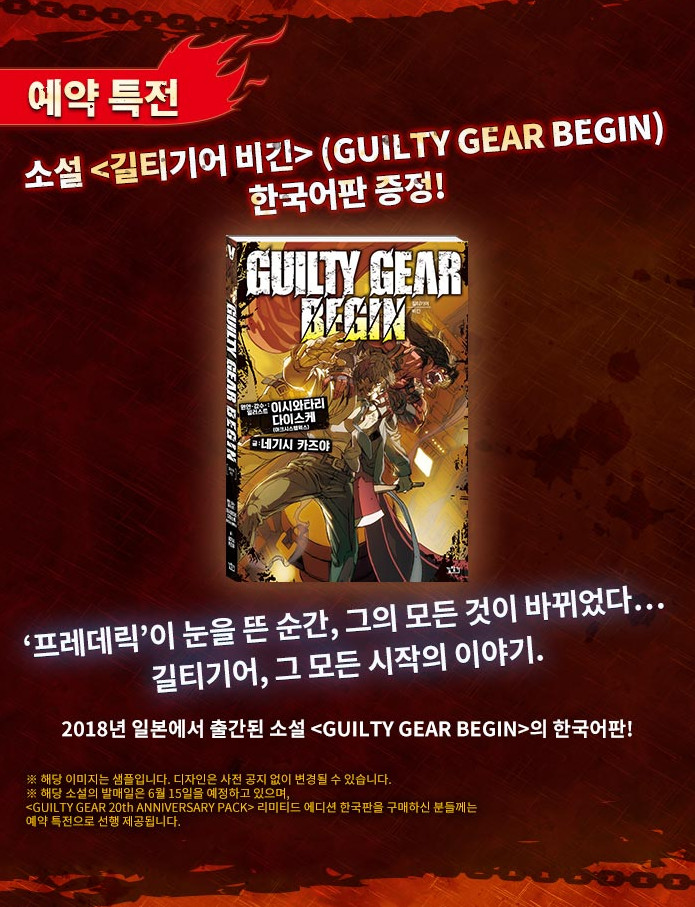